For years, the American Israel Public Affairs Committee (AIPAC) has enjoyed a cozy relationship with lawmakers on both sides of the aisle. The group successfully cultivated support for Israel among both Democrats and Republicans, and year after year, Congress has allocated billions in military assistance to Israel.

But times are changing — and the Democratic base is no longer solidly on Israel’s side according to a recent Gallup poll, the latest data point in an ongoing trend.

That’s especially the case when it comes to relative support for Palestinians versus Israelis, who have been locked in a decades-long conflict with one another. Americans have historically sided with Israel, which occupies Palestinian territory — including the West Bank and Gaza — but are increasingly sympathetic towards Palestinians.

AIPAC, for its part, is responding to the changing landscape; not by courting Democrats, but by aligning itself more closely with the far-right wing of the Republican party — a move that has sparked widespread condemnation.

With conservative Republicans still solidly in Israel’s corner, AIPAC has announced it will support a bipartisan slate of lawmakers in the upcoming 2022 midterm elections — including a group of 37 of the Republicans who voted to overturn the results of the 2020 presidential election. The list includes high-profile conservatives like House Minority Leader Kevin McCarthy (CA) and Rep. Jim Jordan (OH). 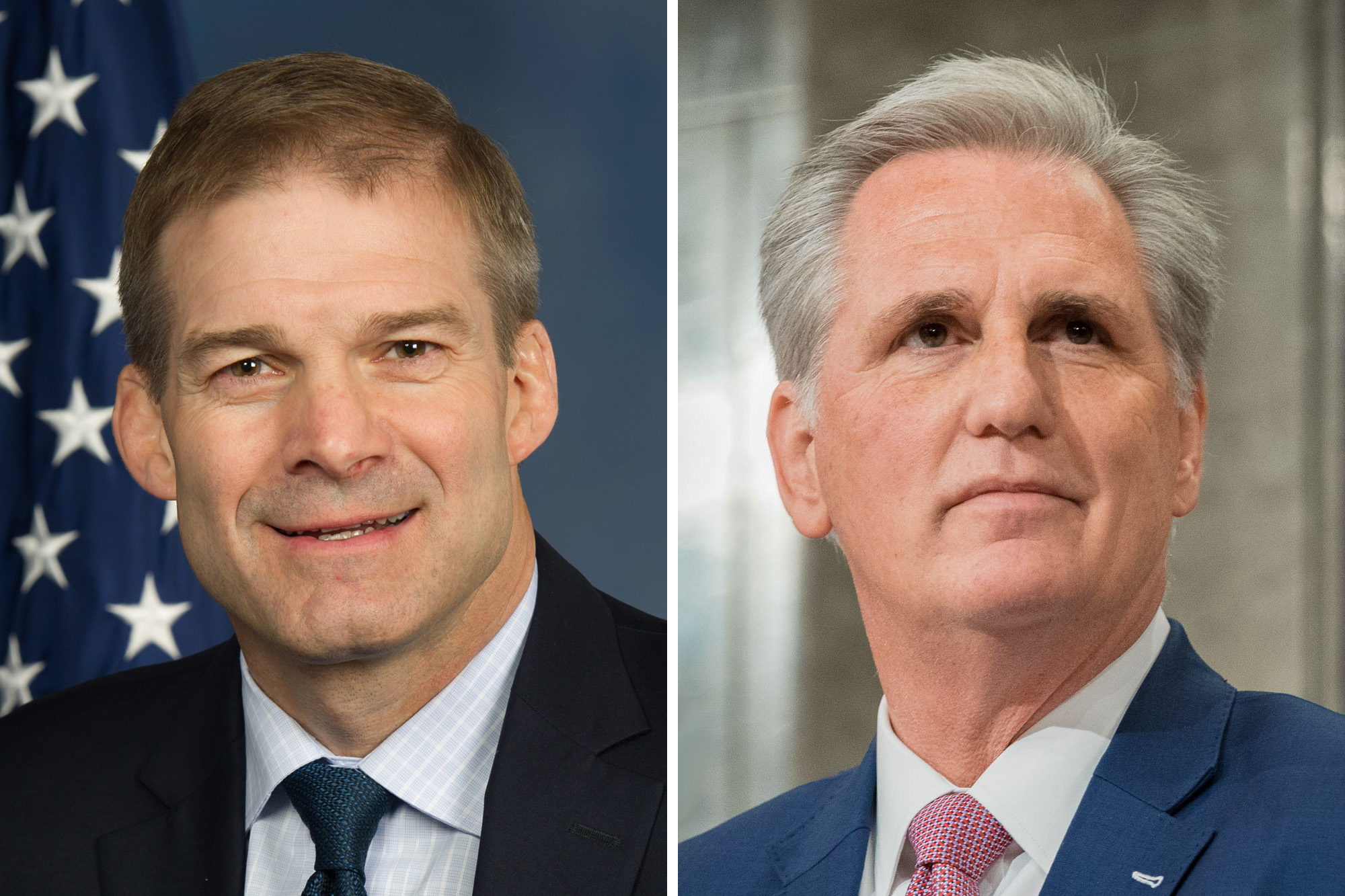 The decision prompted swift criticism from other pro-Israel groups.

“AIPAC’s endorsement of Republicans who voted to overturn the 2020 US presidential election is inexplicable and extremely dangerous. Deciding that support for Israel trumps support for our democracy and democratic institutions puts AIPAC in a dark place,” former US Ambassador to Israel Daniel Kurtzer told WhoWhatWhy.

Abraham Foxman, the former head of the pro-Israel Anti-Defamation League, a civil rights organization, called the decision a “sad mistake.”

J Street, another pro-Israel nonprofit with its own political action committee, stated that AIPAC’s endorsement of far-right candidates is “inexcusable.”

“We have friends who are pro-choice and pro-life, those who are liberal on immigration and those who want to tighten our borders, and yes, those who disagree strongly on issues surrounding the 2020 presidential election,” they wrote.

Korn and Kohr alluded to decreasing support for Israel among the American public, arguing that this “is no moment for the pro-Israel movement to become selective about its friends.”

“An international movement seeking to isolate and demonize the Jewish state continues to make inroads, especially here in the United States,” they added.

AIPAC did not respond to WhoWhatWhy’s request for an interview, or to the list of detailed questions we sent via email.

AIPAC’s track to the right is part of a larger strategy shift in response to the breakdown of the pro-Israel consensus, according to Max Berger, the founder of IfNotNow, a progressive group that opposes the Iraeli occupation of the West Bank and Gaza. 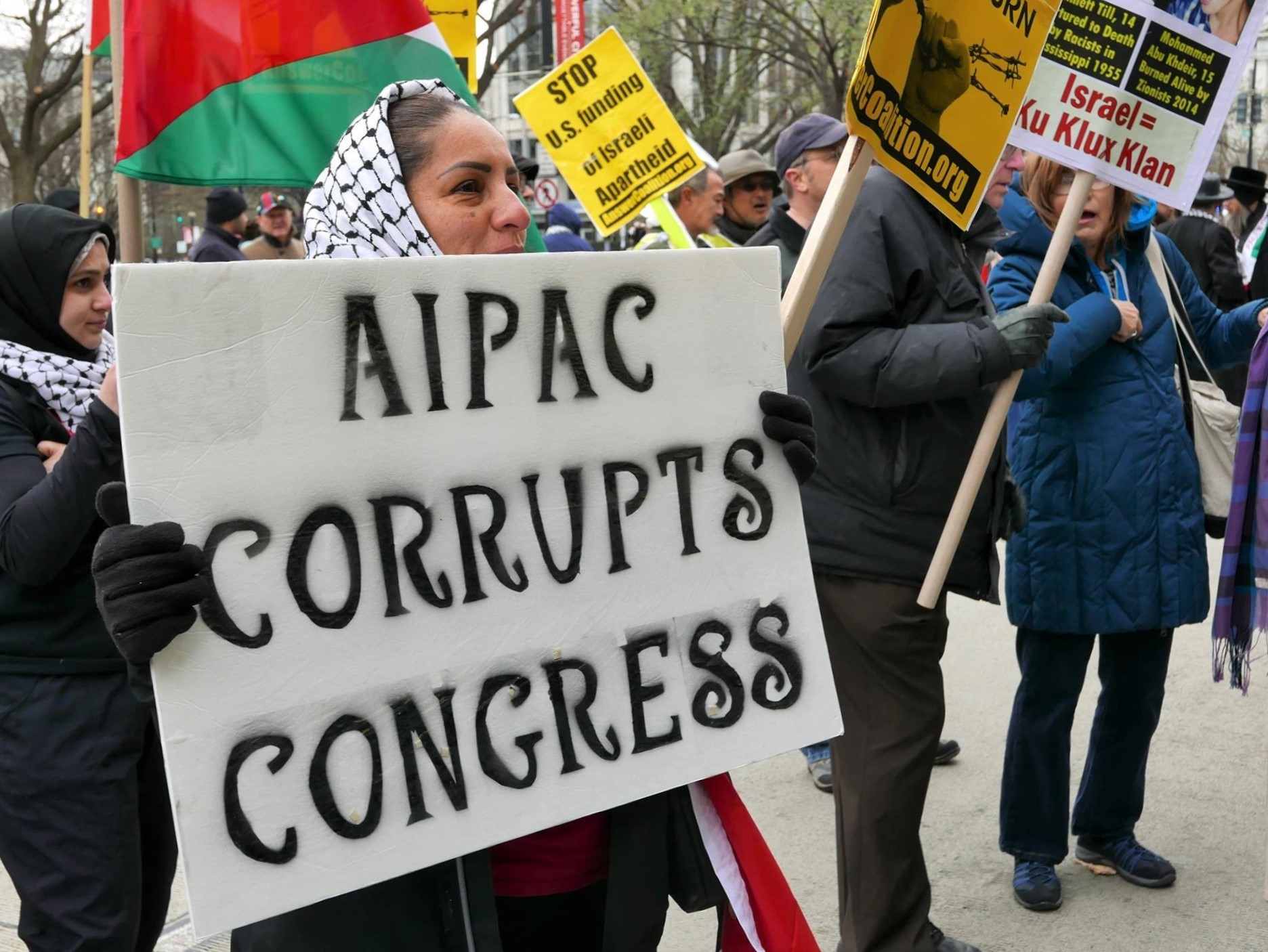 A demonstrator holds a sign at a rally to support Palestine and protest the annual AIPAC conference in Washington, DC, on March 20, 2016. Photo credit: Susan Melkisethian / Flickr (CC BY-NC-ND 2.0)

In his analysis, the strategy is two-pronged: As the AIPAC brand has become more toxic to Democrats, it has focused more on courting the right. Meanwhile, Democratic Majority for Israel (DMFI) — a group with its own political action committee that directly supports candidates and with connections to AIPAC — has worked to generate support for Israel among Democrats.

DMFI was founded in 2019 and is headed by co-founder Mark Mellman, who has worked as a strategist for AIPAC. DMFI PAC’s top donor is Stacy Schusterman, who previously sat on the board of AIPAC.

Mellman has said that AIPAC and the DMFl are “separate and independent.”

Berger, however, credits DMFI with opening up space for AIPAC to become a more Republican-friendly organization.

“DMFI is AIPAC for Democrats, and AIPAC is now just Republicans,” he said.

“Democratic Majority for Israel is an independent organization that sets its own policy, and those policies are unique in the pro-Israel space,” said Rachel Rosen, the group’s communications director.

AIPAC’s endorsements coincide with real shifts in public opinion, though Americans remain pro-Israel overall. Israelis enjoy greater support from Americans compared to Palestinains by a net 29 points, Gallup found — though Republicans are more sympathetic towards Israel by a significant margin.

That’s a significant drop. Twenty years ago, Democrats were more favorable towards Israel by a net 34 points, Gallup found. 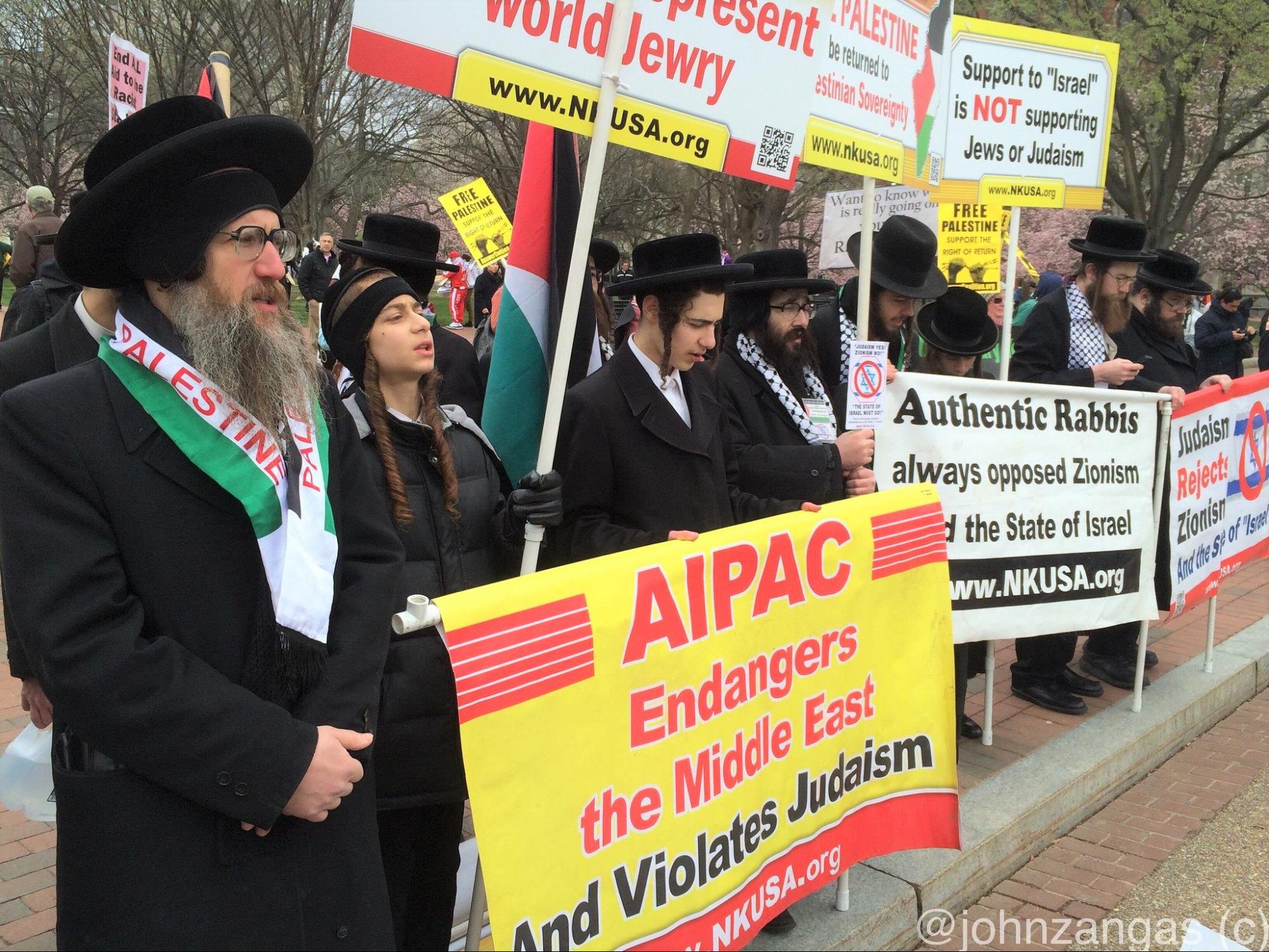 Of all age cohorts, the poll showed that young people were the most sympathetic towards Palestinians. Overall, people ages 18-34 were nearly split in their support for Israelis and Palestinians, 40 to 37 percent respectively — though 23 percent said they had no preference. Net sympathies for Israel have dropped significantly among young people since 2001, when the demographic’s net support for Israel was 34 percentage points. Today, that number is 3.

The trend holds true for young Jews as well. A study of American Jews by Pew Research Center conducted between November 2019 and June 2020 found that Jews aged 18-29 were the cohort least likely to feel emotionally attached to Israel, approve of the Trump administration’s level of support for Israel, and believe the Israeli government is making a sincere effort towards peace with Palestinians.

A Gallup poll from 2021 shows that the decline in sympathy for Israel coincides with a greater number of Americans having some sort of opinion about the conflict. In 2001, 33 percent of respondents said they were unsure if they were more sympathetic towards Israelis or Palestinians; in 2021, that number was 17 percent.

Some argue that Americans’ reckoning with racial justice, especially following the murder of George Floyd at the hands of police in 2020, has helped shift public opinion in favor of Palestine.

“​​More and more Americans are aware of the Palestinian people’s struggle for freedom, and rightly see it as connected to other social justice movements,” said Margaret DeReus, executive director of the Institute for Middle East Understanding, a pro-Palestinian nonprofit organization. 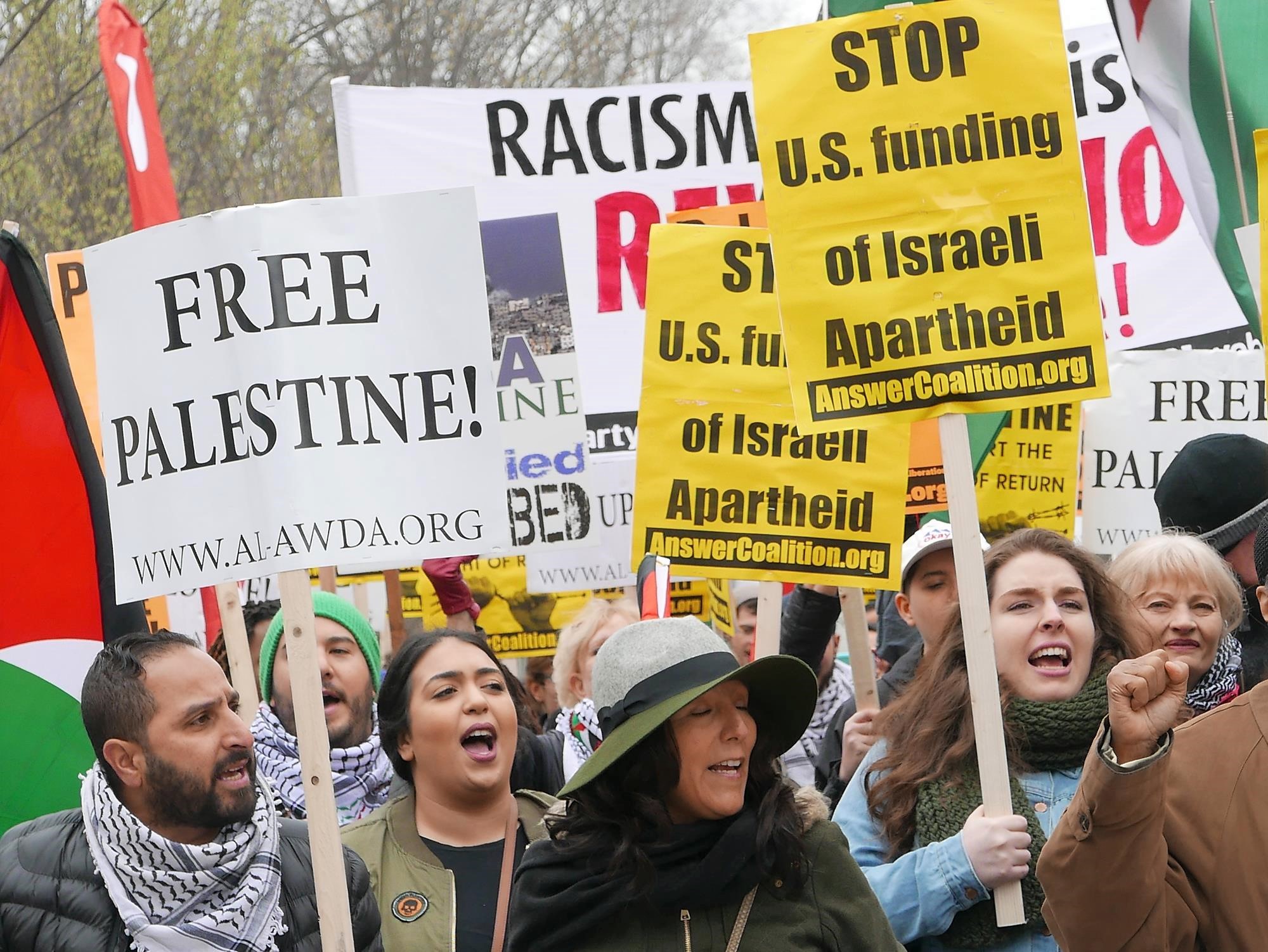 “The increase in sympathy for Palestinians reflects greater awareness of what Palestinians experience every day living under Israel’s brutal military rule, but also a broader commitment to building a better world from young people, progressives, and Black and brown communities,” she said.

In recent years, a small but vocal coalition of progressive Democrats in Congress, including Rep. Rashida Tlaib (MI), who is Palestinian American, have challenged conventional US-Israel policy. In September 2021, Tlaib and other left-leaning Democrats — such as Reps. Ilhan Omar (MN) and Cori Bush (MO) — voted against $1 billion in military assistance for Israel’s Iron Dome missile defense system.

Berger thinks critiques of Israel will further push AIPAC to the right, arguing that views of Israel as an apartheid state will only increase, which means AIPAC will rely more and more on allies willing to align themsleves with such a state.

Those allies “are people who also embrace ethno-nationalism within their own domestic boundaries,” he added.