French President Emmanuel Macron looks through the periscope of submarine “Le Terrible” during a visit to the vessel, April 17, 2020. Photo credit: © Pool/Abaca via ZUMA Press
International

What’s Behind the Storm Over Australia’s Submarines

To the casual observer, the recent diplomatic kerfuffle over the US and UK bigfooting France in a multi-billion-dollar submarine deal with Australia may seem like a ridiculous schoolyard squabble. It brings to mind the Bush-era “freedom fries” silliness when France opposed the war in Iraq.

In fact, a great deal more is at stake this time. Experts caution that it’s not so much about snubbing France; the sub deal is more symptomatic of an evolving shift in geopolitical power — at least as far as it deals with China in the Pacific Ocean.

On the surface, the reasons Australia decided to break with France and go with the American offer seem obvious. The difference between the nuclear-powered submarines that the US offered Australia and the less imposing diesel subs France hoped to sell is enormous. A diesel submarine can only stay underwater for a few days before it’s forced to surface. In contrast, a nuclear sub can stay underwater for weeks and even months at a time. Once it goes silent, it is essentially invisible.

Of course, France makes its own nuclear subs, but it jealously guards that technology for its own navy. The US is equally possessive of its nuclear technology, but it makes an exception in the case of Britain, and now Australia.

The Australians have said that they won’t have nuclear weapons on the submarines they buy from the US. They won’t be part of the arcane world of nuclear strategy, in which the nuclear sub is the fail-safe weapon — the invisible and invincible spear in the game of Mutual Assured Destruction. Unlike an ICBM (intercontinental ballistic missile), which is located on dry land, or even missiles in constant motion on trucks or in airborne bombers, the nuclear-armed nuclear submarine is nearly impossible to spot. An enemy can never be sure it’s located all of them, and it only takes one to fire enough missiles to effectively destroy any country on the planet.

What Australia is buying into is to become a full participant in a task force that the US and Britain are forming not just to monitor China’s naval operations but also to guarantee freedom of navigation through the South China Sea. 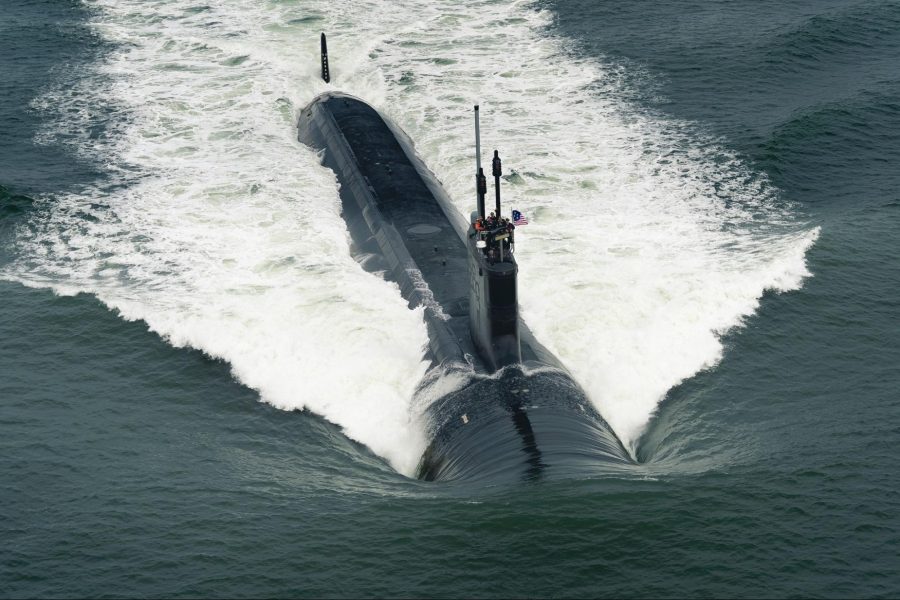 What is at stake is more than an ordinary navigational gateway. The United Nations Conference on Trade and Development (UNCTAD) estimates that 80 percent of world commerce travels by sea, and roughly a third of that moves through the South China Sea. The annual value of that trade is estimated at anywhere from $3.7 to $5.3 trillion. The sea’s importance is not just as a necessary lifeline for Japan, South Korea, Vietnam, and the Philippines; it is also an extremely rich zone for fishing, and in the region around the Spratly Islands, off the coast of Vietnam and the Philippines, there may also be rich deposits of oil.

Normally Vietnam and the Philippines could be expected to enjoy the bounty just off their coastline, but China claims the entire South China Sea for itself. Until recently, that claim would have involved little more than words, but since Xi Jinping has taken power in China, Beijing has adopted a much more aggressive attitude. The new stance is often referred to as “Warrior Diplomacy.”

In the past, Vietnam would have considered China’s claims to be mostly rhetorical since the Chinese lacked the naval presence to back them up. That may no longer be possible. China has launched an accelerated program to modernize and build up its military hardware. A few years ago, it bought an aircraft carrier from the Russians and set about learning how to use and maintain it.

More threateningly, the Chinese have enhanced what amounts to artificial islands in the Spratly archipelago and armed them with military bases and anti-ship missiles that are capable of challenging the world’s leading navies. They have even gone as far as to exclude Filipino fishermen from areas that, by the law of the sea, would normally be considered part of the Philippines. The Chinese attitude towards the smaller countries in Southeast Asia can be summed up as: We are a big country; you are a small one; accept the reality of the situation.

As far as shipping goes, the Chinese are more dependent than anyone on the South China Sea as a transport route, and it is clearly in the interests of China’s neighbors and the US to be aware of exactly what the Chinese are doing in the neighborhood. Deploying US-built nuclear submarines will let Australia provide another set of eyes on China’s regional moves. It is also likely to reassure Japan and India, which depend on the US and Britain to deal with China on more equal terms. The White House is hosting a meeting of the “Quad,” composed of the US, India, Japan, and Australia. After the messy US withdrawal from Afghanistan, America’s allies could use some reassurance. 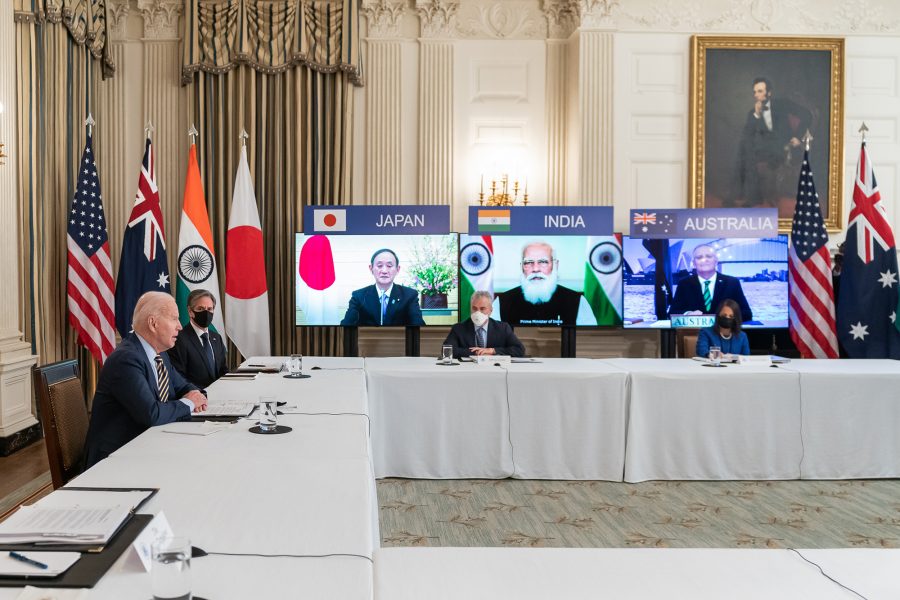 The loser in the deal is obviously France, which has its own interests in the Pacific. An estimated two million French citizens currently live in the Pacific — mostly in scattered French possessions like New Caledonia and French Polynesia. France also has 7,000 troops in the region.

From Australia’s point of view, military capacity apparently overrode diplomatic considerations. Even if the French had agreed to sell the Australians nuclear subs, they would probably have had to go to France to be serviced, and the technology would not have been compatible with the equipment used by the British and Americans. In contrast to France, the US has major submarine bases in Hawaii and Guam, and its military hardware tends to be more effective. When it comes to military technology, second best is not good enough.

From a larger perspective, the deal is in line with the new alignments that in some cases may be very different from the ones adopted immediately after World War II. With China emerging as a competing superpower, the focus is shifting from European alliances to those in Asia. China is the newcomer on the block that needs to be contended with, and its neighbors are understandably thinking about the best approach to doing just that.

As a world leader, the US effectively went into a zombie mode of self-imposed isolation during the Trump years, carelessly trashing many of the relationships that had previously helped foster international stability. President Joe Biden is trying to send the message that the US is back in action. It will take some convincing to get that message across.

The French have a point when they express dismay that the US sealed the deal with Australia without giving it any warning. That left leading French government figures in a nearly untenable situation vis-a-vis their own public, with an election only months away. It was an unnecessary and pointless humiliation to America’s oldest ally, and a second major diplomatic blunder following Biden’s painful withdrawal from Afghanistan, which he carried out without consulting or warning our allies who had provided crucial support during the ill-fated US effort there. The hasty decision to cut and run left key allies scurrying to save their own troops and personnel and understandably resulted in a sour aftertaste.

The saving note in this affair is that independent of the State Department’s mistakes, the submarine deal does make sense. After it communicated a certain amount of face-saving displeasure, France has told its ambassador to get back to Washington. That is encouraging, but it is best not to forget that the world is watching, and the honeymoon for Biden has clearly ended. From this point on, the administration has a limited amount of time to get its act together, or head for the door. As a number of former empires learned to their dismay, the superpower of the last century is not necessarily the superpower of tomorrow.