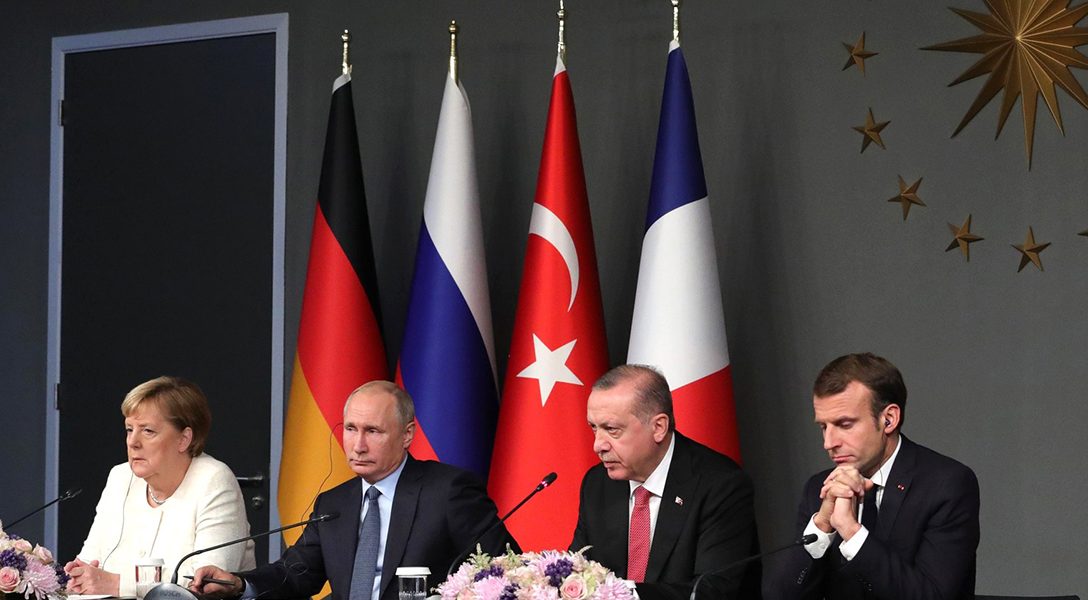 Turkey Threatens New Syria Operation as US Shunned at Summit

Over the past few days, NATO heavyweight Turkey has once again bombed the Syrian Kurdish forces who have been key to the effort to defeat the Islamic State, just as the jihadists launched a desperate counterattack in Syria, killing up to 70 pro-American forces.

Turkey has long been accused of directly or indirectly propping up the Islamic State in order to press on with a decades-long campaign against the Kurds, one of the largest stateless populations in the world. After conducting a highly controversial military campaign against their forces west of the Euphrates river earlier this year (where Russia holds more sway than the US), Turkey is now preparing to challenge its NATO allies by attacking the Kurds to the east, in areas where US troops are present.

With rehearsals for joint patrols all wrapped up, the response is to shell positions near American forces. Time to take Ankara seriously & actually do something to protect US troops who civilians send in to harms way. RTE has been warning about this for months. Push back

The news came also as tensions inside NATO continue to spiral, with the US excluded from a summit in Istanbul which was billed as a key step in deciding Syria’s future. The attendees — the leaders of France, Germany, Turkey and Russia — notably “reaffirmed their strong commitment to the sovereignty, independence, unity and territorial integrity of the Syrian Arab Republic” in a joint statement, which many observers saw as a not-so-subtle acknowledgement of the victory of Syrian President Bashar Assad, widely accused of war crimes.

“The real importance of France & Germany going to Turkey to meet Putin & Erdogan is that they are effectively hiving off from the US,” Joshua Landis, a prominent Syria expert at the University of Oklahoma, wrote on Twitter. “They are breaking boycott of #Syria, while preserving the ‘need for elections’ talking point.”

The US and Turkey, home to NATO’s largest and second-largest armies, respectively, have had a rocky relationship over the past few years and went through a brief but intense economic confrontation over the jailing of an American pastor on coup charges and a failed deal to release him. Pastor Andrew Brunson’s release weeks ago may have improved relations between the two allies somewhat, but most analysts expect the respite to be temporary.