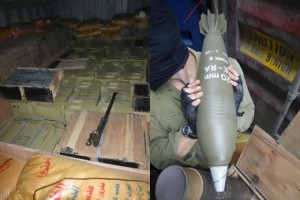 Israel and Gaza: A Tough Story to Get Right Let’s, for just a moment, put aside the perennially strong feelings about Israel and Palestine. From a journalistic point of view, the seizure of weapons purportedly headed for Gaza is an interesting story. And despite frequent claims that the media are pro-Israel (or anti-Israel—take your pick), we didn’t see this story played big at all.

Even under normal conditions, a country seizing weapons from a third party ship could be considered a news item of some interest. More so here, as this development may help explain current Israeli security concerns. Particularly in light of the political transition in neighboring Egypt—and worries about Iranian attempts to be a regional power.

Here’s an article by UPI providing some background.