The Taiwanese people are used to living with threats and risk, but Chinese aggression is on the rise. Photo credit: DoD PDF
International Opinion

Being Taiwanese, Living with a Belligerent China

My family and I emigrated from Taiwan to Canada because of the threat of war with China. The message from my grandparents, my parents told me later, was “leave while you still can.”

Many others also left while they still could. The last exodus from Taiwan started in 1998, the year we immigrated. I think that’s why whenever we meet another Taiwanese person, there’s an immediate kinship — an unspoken understanding that perhaps we’re here for the same reason.

Much has happened in the nearly 25 years since, but one constant is that China remains an existential threat, perhaps more so now than ever before.

China claims Taiwan, where the nationalist government fled in 1949 after defeat by the Communists in the Chinese Civil War, as its own territory. Beijing calls it the “One China Principle.” We call it Chinese arrogance and imperialism.

We expect a Chinese show of force every time something happens that appears to disregard the One China Principle. Thinly-veiled threats, in the form of Chinese fighter jet flyovers and Chinese missiles fired into the 100 miles of ocean that separate the two countries, are regular occurrences.

This happened with House Speaker Nancy Pelosi’s visit to Taiwan this month. In a show of playing both sides, the United States publicly “acknowledges” China’s claims while regularly sending military aid to Taiwan.

The Chinese government threatened “firm and forceful measures to defend national sovereignty and territorial integrity” if Pelosi visited. President Joe Biden publicly questioned the wisdom of the trip, but stopped short of asking her not to go.

Some called the 19-hour trip a political stunt, or argued that it was, at the very least, a reckless provocation that further endangered Taiwan without any benefit. Others, like Pelosi’s ideological nemeses in the Republican Party, offered her rare praise, since it meant challenging China. 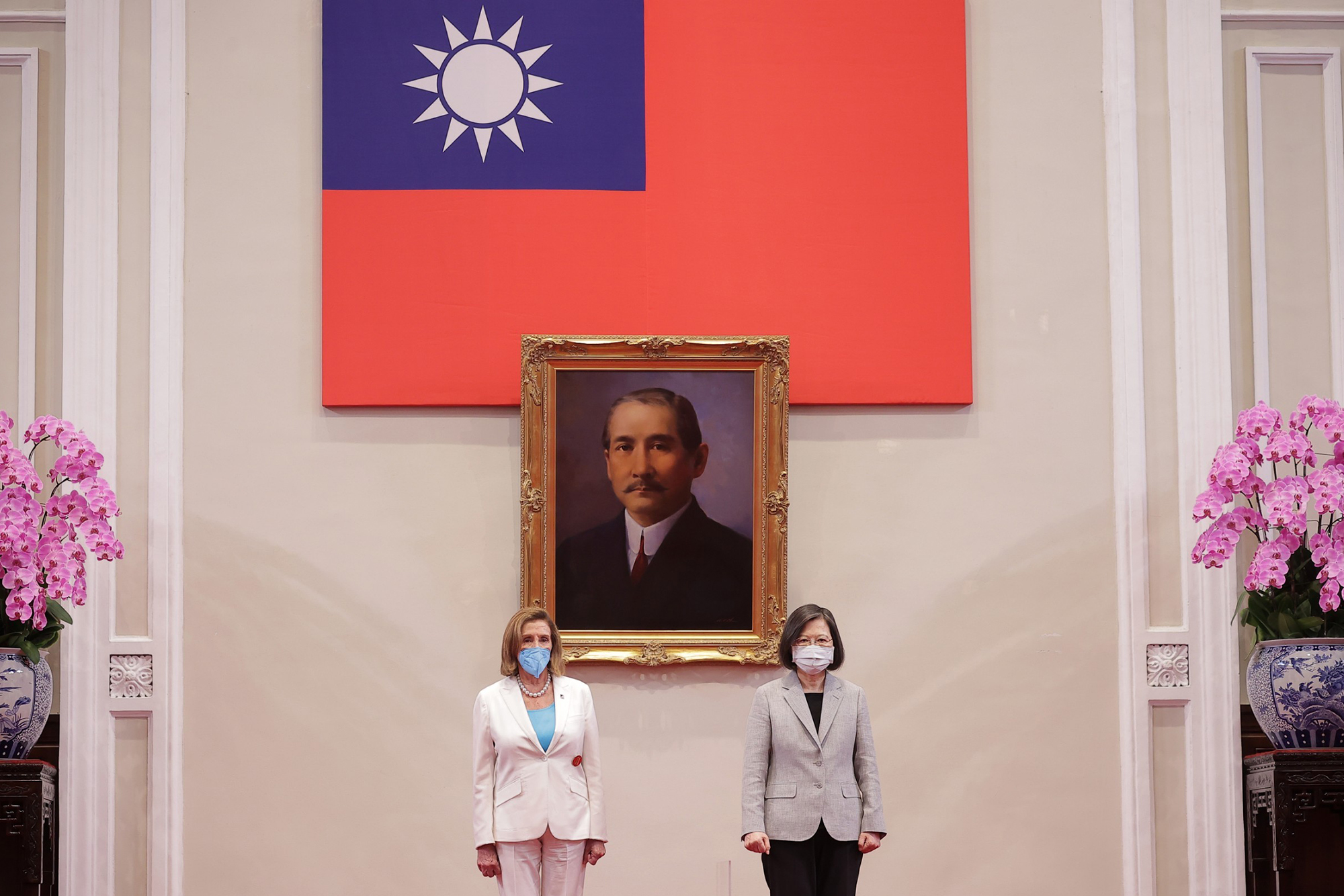 Among Taiwanese, the debate was similar. Many welcomed Pelosi. Many also knew China would not be happy, and we’d be stuck with the consequences long after she was gone. I believed that Taiwan needed the public show of support, and that China would stage another military exercise at our doorstep sooner or later — If not for Pelosi’s visit, then something else.

Since Pelosi returned stateside, China and its People’s Liberation Army have used the visit to push boundaries further: test-launching ballistic missiles that flew over Taipei, the capital city. It’s an escalation, it’s scarier, but we also knew it was coming. China told us it was.

We Taiwanese have all pondered the thought of China invading Taiwan. It’s not like electoral politics, which can be tuned out; it’s existential, as much a part of being Taiwanese as correcting people who mistakenly call us Chinese.

But while the government is preparing air raid shelters across the country and proposing to drastically increase defense spending, citizens are not panic buying or making Molotov cocktails. Like much of my family and relatives that still live in Taiwan, we’ve become numb to China’s threats. More Chinese military exercises encroaching on Taiwan airspace? Same story, different day. That’s just how it is.

Events of the past few years, however, have made the situation harder to ignore. When I see China encroaching on Hong Kong’s autonomy, I see what Taiwan could look like if we gave in to China’s unification demands. When I see Russia’s invasion of Ukraine, I see the streets in Taipei, where I return for a few months at a time every few years, that could become combat zones. When I see the Chinese Communist Party edit history, I see the history, traditions, and culture of Taiwan that could be erased. When I think about what it’s like to live in Taiwan amidst all of this, I wonder if my grandparents saw the future.

But the flyovers and missile drills are a sign that something is working.

Tensions with China would be significantly more worrisome were it not for Taiwan’s relationship with the United States. Despite the One China Policy and statements declaring neutrality, it’s the actions of the US government that we have taken to heart. 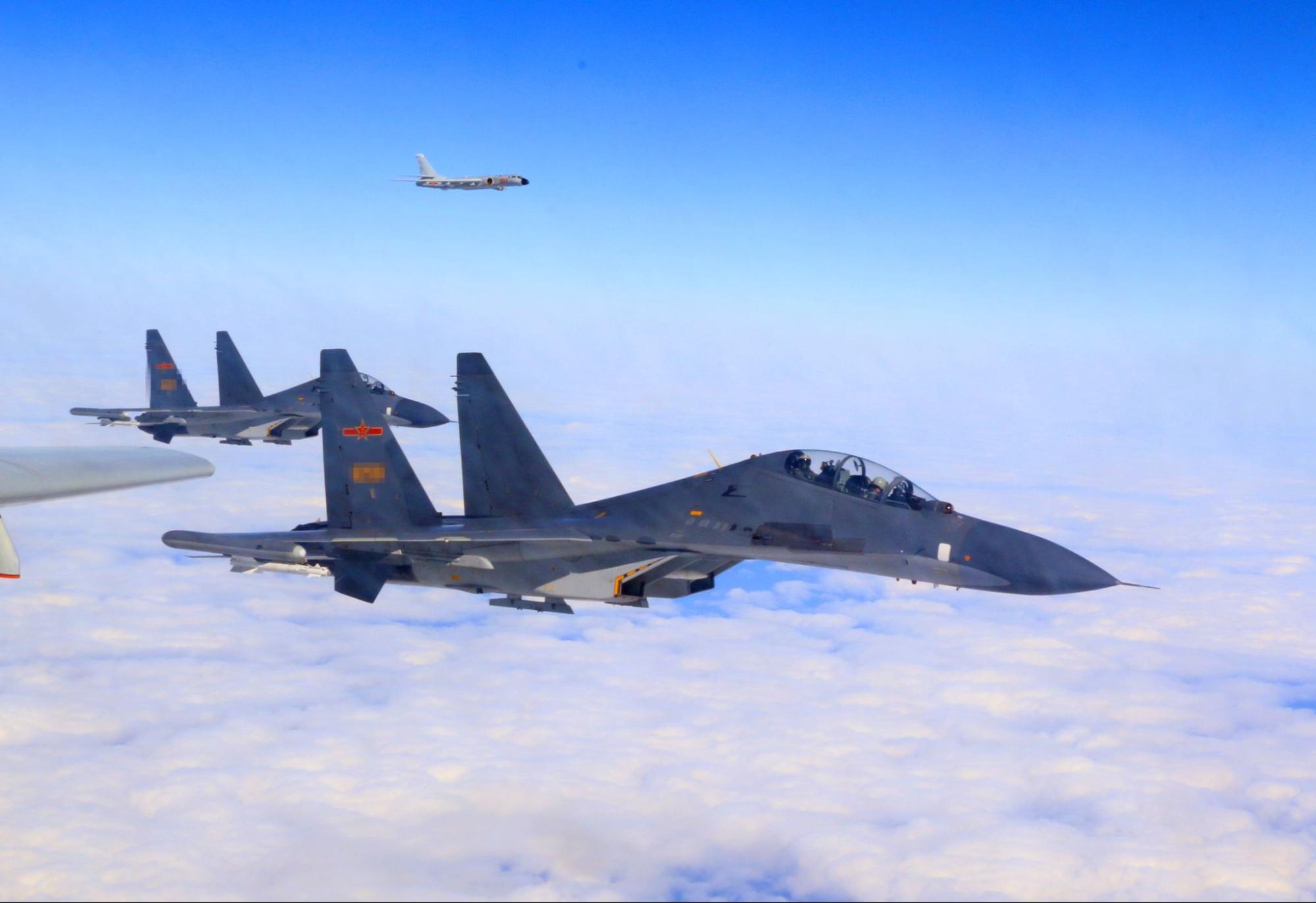 The US has steadily sold arms to Taiwan under every single administration since Jimmy Carter. One of Donald Trump’s first acts after his election was to break decades of established norms to take a congratulatory phone call from Taiwanese President Tsai Ing-wen and imply that Taiwan was its own country. Biden publicly vowed as recently as May to defend Taiwan if China invades. But despite steady military aid and burgeoning economic ties, we are not holding our breath for Americans to go to war for us.

Taiwan has been touted as a bastion of democratic values worth defending, but we know the situation would be different were it not for the fact that Taiwan produces 90 percent of the world’s most advanced semiconductor computer chips, used in everything from consumer electronics to cars to military equipment. Taiwan Semiconductor Manufacturing Company alone holds an estimated 53 percent of the global market share. Even China is reliant. When China levied sanctions against Taiwan for Pelosi’s visit — during which she met with TSMC executives, a fact lost somewhat in the uproar over her visit — chip manufacturers were notably left alone.

Since then, the Biden administration has announced that formal trade talks with Taiwan will begin this fall. This is an act that will likely further destabilize relations with China and draw more PLA chest thumping. I can see the missiles already.

But China has been meanwhile strategically undermining Taiwan’s political connections and economic support. Under pressure from China, the Solomon Islands broke off diplomatic relations with Taipei in 2019. And Lithuania found itself cut off from trade with China as punishment for becoming too close to Taiwan.

So I think another lifeline may be worth the risk of another taunting missle over Taipei. That is, unfortunately, the kind of math we’ve grown accustomed to.

There is a narrative that Taiwanese people are either pro-China or pro-independence. The reality, however, is that this is a false dichotomy.

Many of us, myself included, do not want Taiwan to formally declare independence. We know how China would respond. They have not been subtle about it. Taiwan is a small, densely populated island about the size of the state of Maryland. Mainland China, the world’s most populous country, has a military that surpasses Taiwan’s in every way. We know the math, and that is not a risk worth taking. We also know how this would end.

What many of us want is to just maintain the status quo, where we have a functional business relationship with China — with the occasional symbolic Chinese military exercise to keep us in check, sure — while maintaining our freedoms, autonomy, and democracy. 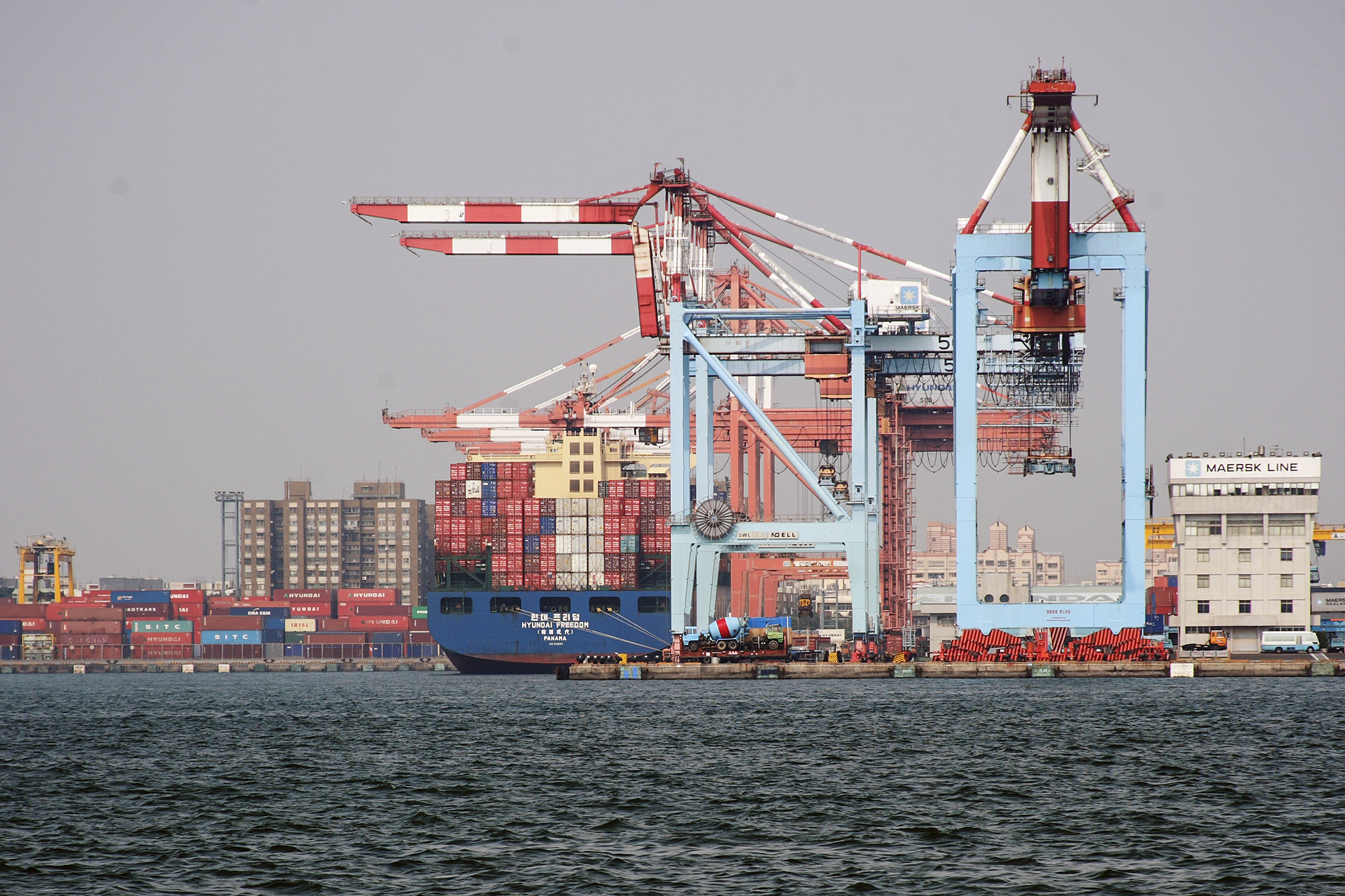 Taiwan’s best defense may be computer chips, as the country produces 90 percent of the world’s most advanced semiconductor computer chips and ships them to the world. Shipping facility at Kaohsiung Harbor in Taiwan. Photo credit: tommy.lan / Wikimedia (CC BY-SA 2.0)

We elected (and reelected) a female president. We were the first country in Asia to legalize same-sex marriage. We have universal health care, true free speech, and we earned worldwide praise for how we handled the COVID-19 pandemic. Identifying ourselves as Taiwanese, and not Chinese, is increasingly synonymous with standing for those values.

It doesn’t matter if China tells the world that we belong to them. Just because a Chinese government official says that the amount of mainland cuisine available in Taipei indicates that Taiwan is a part of China doesn’t make it so. China can say what it wants.

But now, more than ever before, it is unclear how much longer the status quo will remain. Chinese President Xi Jinping is on the verge of claiming an unprecedented third term. Reclaiming Taiwan is a long-proclaimed objective of his, so much so that if it doesn’t happen, he could lose face — a concept that may seem petty or silly, yet cannot be dismissed, considering his cult of personality.

For Taiwan, I think Pelosi’s trip was a net positive because it shined a spotlight on the country. There are now more eyeballs on China and Taiwan than before. I hope that focus remains steady and strong.

Russia’s invasion of Ukraine was condemned around the world. I think if there is enough public support for Taiwan now, it would be much harder for Xi to execute an invasion plan later, unless he’s prepared for China to become an even greater pariah than Russia.

I will continue visiting Taiwan. China’s threats make me want to return to Taiwan even more, perhaps to walk the lively streets freely while I still can, perhaps to feel the unspoken sense of unity. Seeing Ukrainian civilians rally to defend their country has made me wonder what I could do to help Taiwan, if that day ever came.

We’ve endured countless threats from China over the years. The situation is still tense. That has not changed, but I take a little solace in one thing that perhaps has. Now, I think the world is on our side.