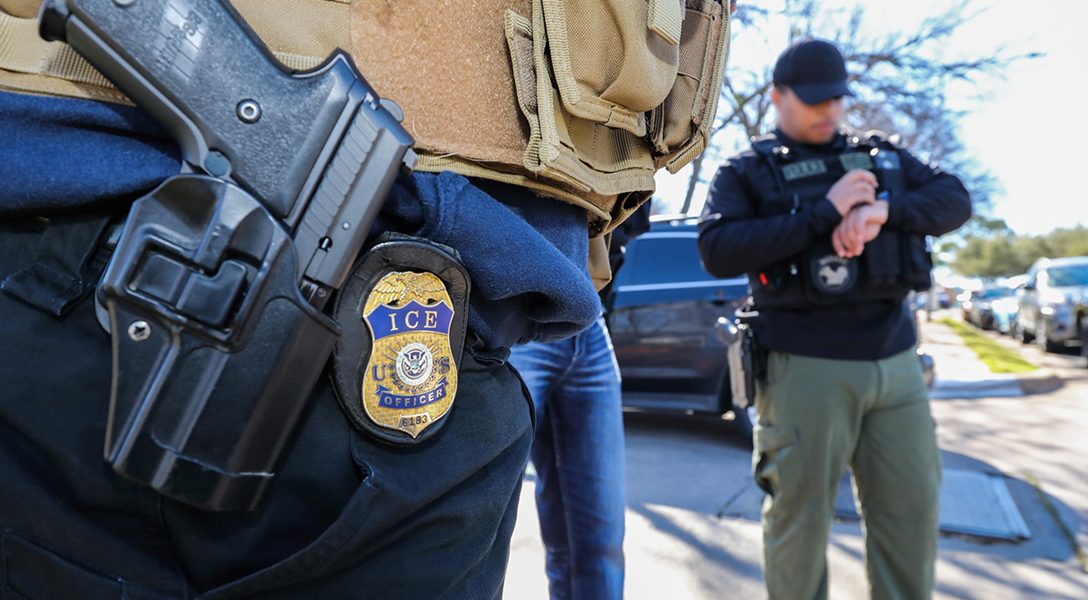 Your ICE at Work: Another Nanny Rounded Up and Sent Packing

The US can feel a little more secure today. On July 19, US Customs and Immigration Enforcement (ICE) successfully removed Marta Rodriguez from our shores.

Marta came to this country more than a decade ago with the criminal aim of earning enough money as a nanny to send $600 a month back to Honduras to pay for the care of her severely disabled son.

She leaves behind a husband and five children in the US. Marta, 51, had done all the things we expect miscreants to do — paid her taxes, owned a home, and got a work authorization from the government. For the past nine years, she had dutifully checked in with immigration officials.

Maria Marta Rodriguez is the latest example. She escaped an abusive relationship in Honduras to provide a better life for her kids. She has worked in our community, paid her taxes, and raised her children in our state. She was deported today.https://t.co/d0s61RzvFi

At under five feet tall, this round-faced, plump, smiling woman clearly was a danger to public safety. When she was threatened with deportation in March, Marta was told that she did not belong in this country. President Donald Trump’s new policy meant that ICE could consider virtually any undocumented immigrant a threat to our way of life.

A public outcry from her friends and neighbors in the Washington, DC, area, media attention, and the interest of elected officials in her case prevented ICE from immediately dispatching this hardened criminal from American shores. But in the end, justice prevailed. Marta was arrested and detained by ICE on July 10. Her “crime” reportedly was failing to buy a plane ticket to Honduras, as she had been instructed to do in March.

According to advocates, Maryland Democratic Senators Ben Cardin and Chris Van Hollen had promised to hold a press conference to denounce the ICE action, but that never happened.

Marta Rodriguez walking into the ICE office in Baltimore where she fears she will be detained and deported. pic.twitter.com/W2WgjPR4fT

This country has long deported hundreds of thousands of undocumented immigrants each year. But Trump issued an executive order in January 2017 that toughened up Barack Obama’s “soft” approach. The previous administration directed ICE to go after people who had actually committed crimes while in the US, and to mostly ignore those who were leading peaceful, productive lives. Now every undocumented immigrant is fair game.

Every day now, across the US, ICE is quietly doing its job, dividing families, causing pain and irreversible damage, and advancing American values of racism and intolerance.

Soon, Americans will wake up to a country where the people who gather our crops, watch our children, clean our homes, water our lawns, tend to our aging parents, and fix our cars have all disappeared.

Only then will America truly feel great — and white — again.