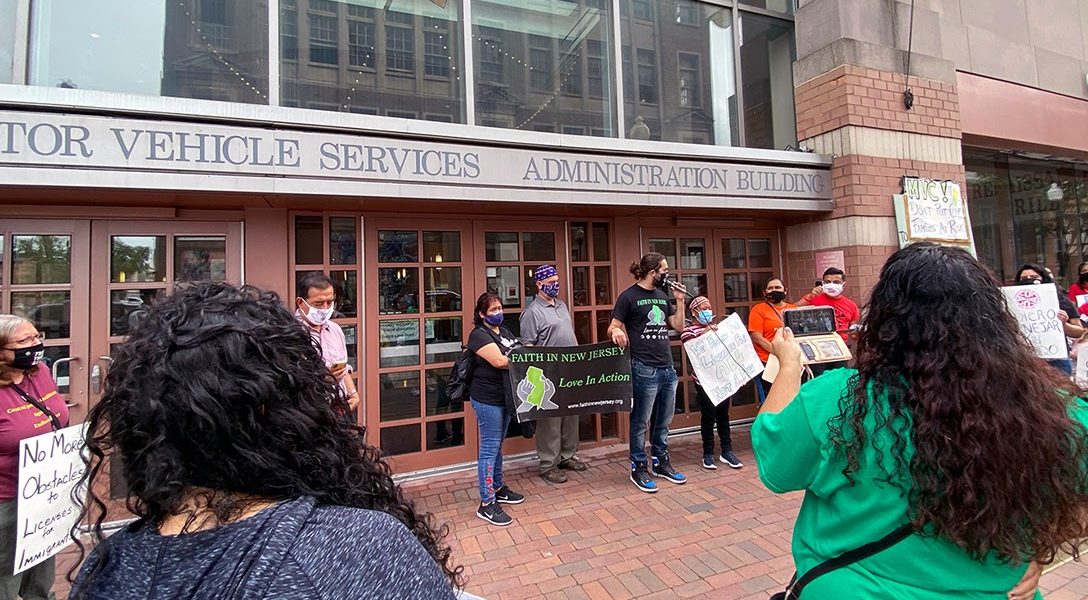 This story has been edited to clarify how applicants who do not have a Social Security Number can apply for a driver’s license, according to the MVC’s proposed draft rules.

Later this week, the New Jersey Motor Vehicle Commission (MVC) will formally decide on rules that will determine how easy it is for the state’s undocumented immigrants to apply for driver’s licenses, but advocates fear that the new rules will expose them to the risk of deportation in exchange for getting those licenses.

The commission will vote on November 19 on how to administer a landmark law passed last year that was supposed to enable nearly 426,000 undocumented immigrants to get driver’s licenses, according to think tank New Jersey Policy Perspective. Advocates feel the state would be taking a step backwards from the intent of the law by implementing restrictive rules.

The rub comes in a requirement in the proposed rules that would affect the majority of the state’s undocumented immigrants. These applicants would have to apply for an IRS-issued identification number, or go to the Social Security Administration for proof of their ineligibility for a Social Security Number, which is generally required when applying for a driver’s license.

Advocates fear that once these undocumented immigrants are in Social Security records, they can be found by US immigration authorities and deported. Advocates are also frustrated that it has taken the MVC four months to announce a date for voting on the final rules since the draft version was published in July. Only one and a half months remain for the law, which was passed by Gov. Phil Murphy (D), to go into effect on January 1, 2021.

Not having a license forces undocumented residents to depend on public transport, use bicycles and cabs, or drive illegally. The coronavirus pandemic has exacerbated this situation for workers without papers, many of whom are considered essential because of their employment in restaurant kitchens and warehouses that supply major grocery chains. Diego Cazar is undocumented, and has paid over $500 in police fines for driving without a license. He bought a car to be able to drive to work at a vitamin factory 10 miles away from his house in a South Jersey town. The fines ended up costing him a week’s worth of pay — he earns $12 an hour.

Cazar has been campaigning for driver’s licenses in New Jersey since 2015. “Being part of this campaign for years and marching and putting pressure on legislators and senators at the State House, and having to wait for Chris Christie to leave and finally getting Gov. Murphy who promised this law to us and having him sign it, and the triumph we got from that, it feels like the MVC is taking that away by putting up these barriers,” he said. A spokesperson for Gov. Murphy’s office said that the governor’s office would not comment on the draft rules until they were approved.

New Jersey is not the first state to allow undocumented residents to apply for driver’s licenses. New York and California have passed similar laws, but undocumented applicants in these states self-verify their ineligibility by signing an affidavit. The MVC spokesperson, William Connolly, declined to explain why New Jersey did not do the same. He said in an email that the MVC adopted measures it feels are most secure for issuing licenses when drafting the rules, and that it did so after analyzing rules adopted by states like New York and California.

The New Jersey Alliance for Immigrant Justice’s Katy Sastre, does not expect the rules to change after the MVC votes this week. Her organization was part of a campaign that submitted nearly 1400 comments protesting the draft rules to the MVC during a public comment period that ended in September. “Based on the conversations our coalition has had with the MVC and governor’s office, I fully expect that the regulations the board will vote on next week will include the same barriers to obtaining a standard license that we’ve been raising concerns about since July,” she said, in a statement.

The MVC website still carries the old rules with no indication of upcoming changes, which is causing confusion among potential applicants. “What’s happening now is community members who should be eligible for the licenses, reaching out to us fairly regularly saying, I’m checking the website and there’s nothing about what document I can submit,” said Sastre, who was directly involved in negotiations with the MVC before the draft rules were published. “Even if it’s just to say to people, listen, we didn’t expect a pandemic, we’re delayed. They haven’t even done that,” she said.