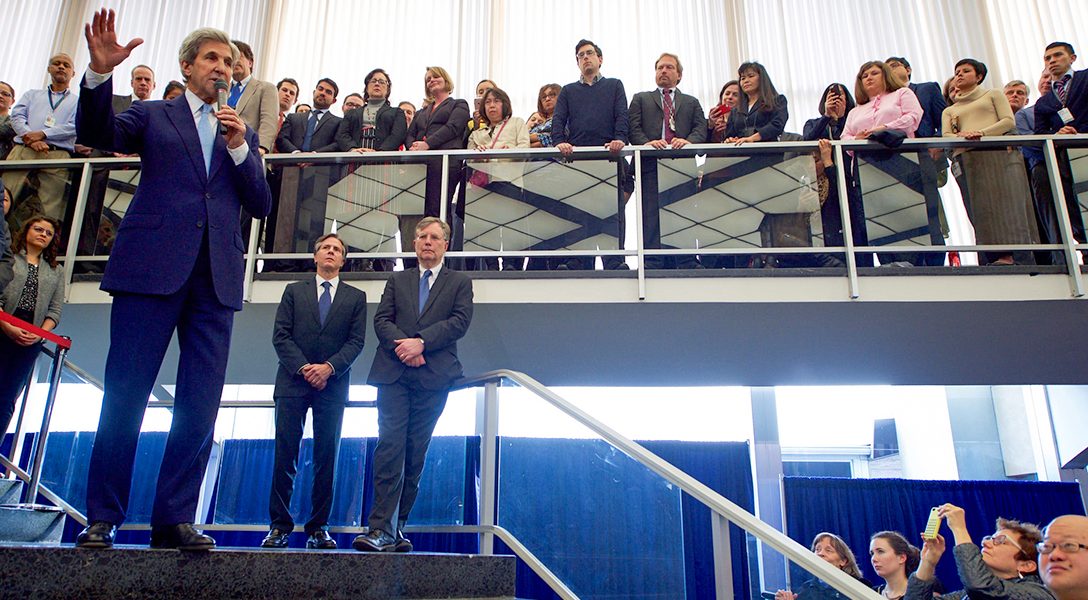 State Department employees appear to be losing a valuable free speech right in existence since the days of the Vietnam War under the new Trump regime.  Since 1971, the agency has permitted State Department staff to express dissenting views on policies without fear of retaliation. These “dissent memos” often are taken seriously by State Department managers.  State Department officials must respond to them by no later than 60 days after they are issued.

Those days appear to be over. A draft of the memo, endorsed by scores of State Department staffers, appeared on the Lawfare blog of Brookings scholar Benjamin Wittes on Jan. 30. The memo strongly objected to the Trump Executive Order temporarily halting all visitors to the U.S. from seven terror-prone nations that also are majority Muslim, and that suspended the U.S. refugee program.

The memo is a strongly worded statement that challenges the premise that these travel restrictions will do any good since “a vanishingly small number of terror attacks on U.S. soil have been committed by foreign nationals who recently entered the United States on an immigrant or nonimmigrant visa.” Most terror attacks, the memo continued, have been launched by native-born or naturalized U.S. citizens.

It charges that the ban flouts fundamental American values of tolerance, fairness and inclusiveness.

The memo also warns that the Executive Order will increase hostility to the U.S. in Muslim nations on which the US depends for help in fighting terrorism. And it points out that this temporary ban isn’t about “cancelled vacations.” Many visitors come to the US for life-saving medical treatment, to care for a relative, or attend a family funeral.

Time Magazine reports that when asked about the memo, Press Secretary Sean Spicer said that dissenting views at the State Department would no longer be tolerated. He suggested those who disagree “can get with the program or they can go.”