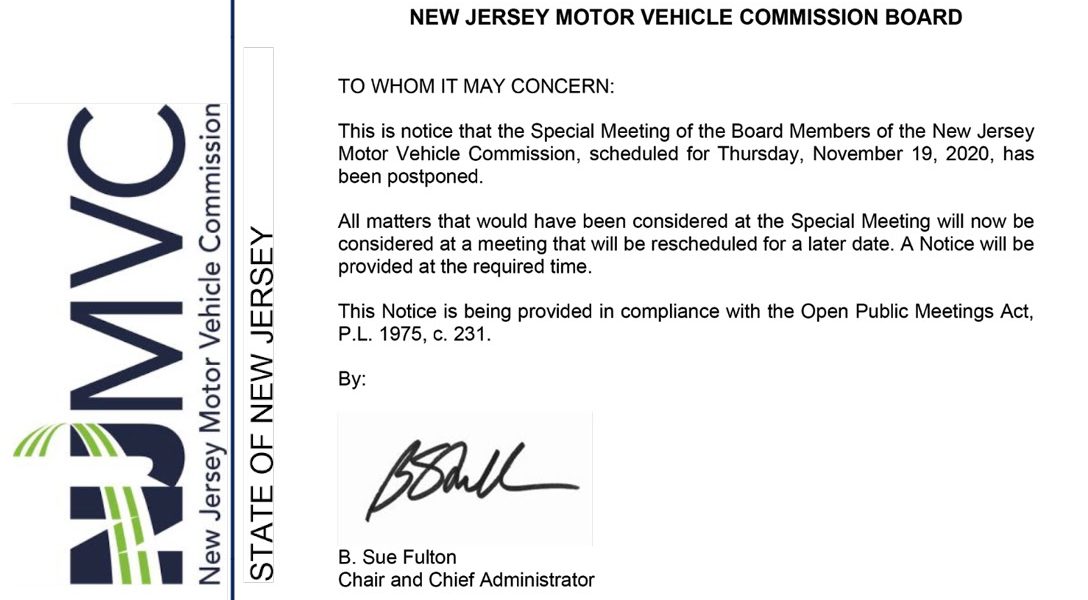 In just two weeks a landmark law will be put into effect, enabling New Jersey’s more than 426,000 undocumented immigrants of drivers’ age to apply for licenses. But so far the law exists only on paper and is not ready to be administered because the rules needed to implement this law are still in draft form.

The state Motor Vehicle Commission has had nearly a year to specify rules to carry out this law, which Gov. Phil Murphy (D) signed on December 19, 2019. But its eight-person board has yet to formally adopt rules regulating implementation of the law.

After WhoWhatWhy reported last month that the MVC board was about to convene to approve the final regulations, the meeting was abruptly cancelled with no apparent reason. This delay has frustrated undocumented immigrants and their advocates, who have been waiting for the final regulations since September.

With no more public meetings scheduled for this year — and 14 out of 39 MVC offices closed statewide in response to the coronavirus — advocates say they feel forgotten and left in limbo, unsure of how to prepare their constituents, many of whom are eagerly waiting to apply for licenses as the pandemic further threatens their livelihoods.

“All we want is to have information from the MVC — do the public education, the short videos — we want to help people prepare. We want to provide individualized help so people can go to the MVC and get a license. That’s all we want,” said Katy Sastre of the New Jersey Alliance for Immigrant Justice, part of a coalition that has led a decades-long effort to make licenses available to undocumented residents. When asked by email to comment on the delay in finalizing regulations, the MVC’s spokesperson said last week that he had nothing to share, and that a date for a future meeting to approve the rules has not yet been set. The governor’s office did not reply to an email asking for comment.

The law requires the MVC chief, Sue Fulton, to conduct a two-year campaign to educate the public on requirements for acquiring a license, according to a press release issued by Murphy’s office last December. Once the rules are formalized, the MVC will require undocumented applicants to prove their identities in a manner similar to the six-point identification system that applies to citizens and legal state residents applying for driver’s licenses.

Further complicating the matter is the wording of one of the draft regulations, which would bring undocumented immigrants applying for licenses to the attention of federal agencies, putting them at risk of being deported. This rule would require a majority of the state’s undocumented applicants to choose between providing the MVC with an IRS-issued taxpayer number as acceptable identification, or proof of their ineligibility for a Social Security number from the Social Security Administration. This created controversy in the summer, after the MVC published the draft rules for comment. Nearly 1,400 members of the public responded negatively to this. The MVC has been silent about how it would address their complaints.

Meanwhile, rogue businesses have tried to profit from the uncertainty surrounding the controversial rule by charging undocumented immigrants high prices for assistance with filing income taxes and obtaining IRS-issued identification numbers. Laura Mora, an advocate at Latin American Legal Defense and Education Fund (LALDEF) in Trenton, said that she advised a single mother of three, who was considering paying one of these businesses to procure IRS-issued identification before January 1, to wait until after the MVC formalizes its rules to learn about her options. Organizations like LALDEF usually provide free tax-filing services to immigrants, but the pandemic has affected the availability of their services. “These businesses take advantage of the lack of information from the MVC, especially this year, when COVID has made organizations like us close our doors,” said Mora.