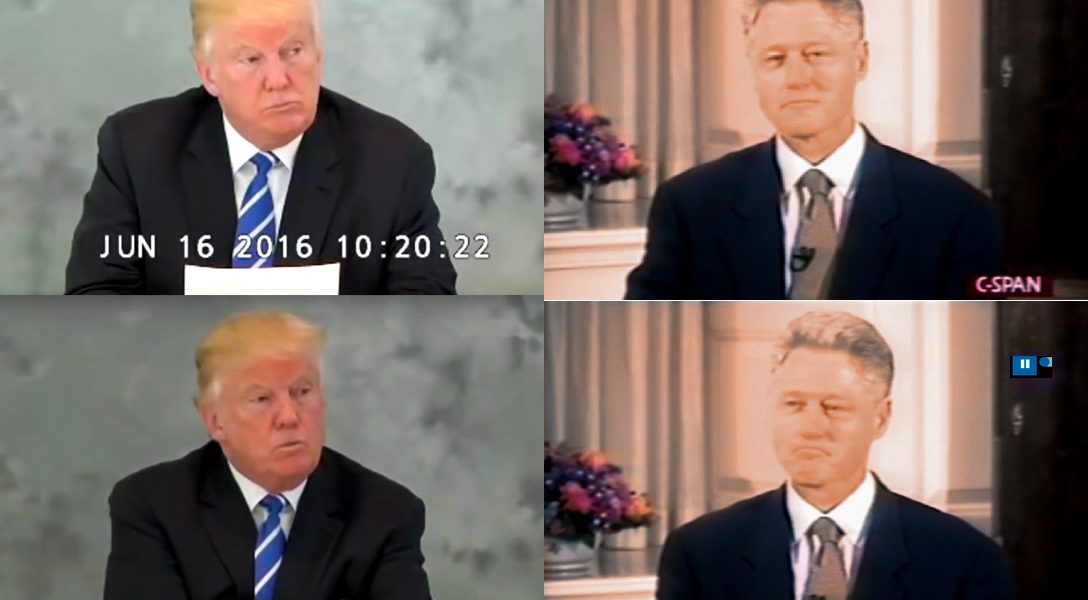 Will a Document Targeting Bill Clinton Come Back to Haunt Trump?

It’s the convergence of the profound with the ironic. I’m referring to a remarkable 20-year old document that surfaced this week.

To understand the ironic part, a short trip in the wayback machine is necessary.

Those old enough will recall that, during the Bill Clinton presidency, Republicans worked day and night to get him impeached and, if possible, criminally prosecuted. To that end an independent prosecutor, Kenneth Starr, was appointed and he went to work with a passion.

The tireless efforts to remove Clinton failed. The House impeached, but the Senate did not convict.

To get to the answers. Starr hired a prominent conservative legal scholar, Ronald Rotunda.

On May 13, 1998, Rotunda submitted his findings. It was a detailed 56-page report chock full of legal citations and Supreme Court decisions. Once the impeachment fever ended, so too did any interest in pursuing the matter, and this report spent the next 20 years tucked away in a file at the National Archives.

Last week that changed, when New York Times reporter Charlie Savage used the Freedom of Information Act to get his hands on it.

And here’s where the irony comes in. Though Republicans never got a chance to indict Bill Clinton, the report Starr commissioned to nail Clinton is front and center again, this time regarding their own sitting president.

In his report, Rotunda concluded that, yes, current law and past rulings concur that a sitting president is not above the law and can be both indicted and tried while in office.

Clearly, Trump’s ever-growing legal team is also aware of Rotunda’s findings, which likely explains why Donald Trump’s attention in recent days has switched from denouncing “fake news” to “Who can I pardon?” And why his lawyers are now searching for information they could use to cut down independent counsel Robert Mueller. I will include a link to the entire Rotunda report at the end. But here’s a cheat sheet of his findings:

QUESTION: Can a sitting president be indicted and prosecuted for a crime while in office?

The parallels between the current Office of Independent Counsel (OIC) investigation of Trump and Starr’s investigation of Bill Clinton are robust, though the allegations against Trump are far more serious if proven. Rotunda was singularly clear on this question — a sitting president is only immune from prosecution as long as he is engaged in his “constitutionally allowed official duties.”

“The Office of Independent Counsel is investigating allegations that do not involve official duties of President Clinton. (Which) include serious allegations involving witness tampering, document destruction, perjury, subornation of perjury, obstruction of justice, conspiracy and illegal pay-offs; these counts in no way relate to President Clinton’s official duties, even though some of the alleged violations occurred after he became President. ….Indeed, the alleged acts involved here are not only outside the outer perimeter of the President’s official responsibility, they are contrary to the President’s official responsibility to take care that the law be faithfully executed.” (Emphasis mine)

Whether or not Trump’s attempted intimidation and later firing of FBI Director James Comey and verbal and tweeted warnings regarding Robert Mueller’s investigation into Trump family business affairs rise to the level of attempted obstruction of justice, those actions clearly lie outside the “official duties of the president,” thereby making them fair game for a grand jury and, if proven, indictment.

QUESTION: What about crimes a sitting president committed before taking office?

Kenneth Starr was not just interested in nailing Clinton for what he had done in office, but what he and Hillary Clinton had allegedly done before coming to Washington...(Whitewater real estate deal, Paula Jones, etc.) So Starr wanted to know if he could indict Clinton for those alleged crimes. Clinton’s lawyers argued against indictment, claiming that indicting and trying a sitting president would “significantly burden the time of the president.”

“…you have asked my legal opinion as to whether it is constitutional to indict a sitting president for actions that occurred both before he became president and while he was under investigation. If the president is indicted for acts that occurred prior to the time he became president and for acts that were not taken as part of his official duties then the fact that a federal court’s exercise of its traditional Article III jurisdiction may significantly burden the time and attention of the Chief Executive is not sufficient to establish a violation of the Constitution….In short, the extent that case law discusses this issue the cases do not conclude that the President should have any immunity, either absolute or temporary, from the law. On the contrary, they point to the conclusion that, since the birth of the Republic, our constitutional systems rejected the fiction that the King can do no wrong.”

In fact, Rotunda added that the 25th Amendment of the US Constitution provided a seamless process to address the matter of an incapacitated President: It has long been assumed that, a president who has committed crimes in office, must first be impeached and removed from office before he or she could be criminally prosecuted. But, after closer examination of applicable law and accepted constitutional interpretations, Rotunda concluded otherwise:

“The purpose of the OIC (Office of Independent Counsel) investigation and grand jury is to determine whether the president has, or has not, engaged in serious crimes…….all (previous rulings) lead to the same conclusion: it is proper, constitutional, and legal for a federal grand jury to indict a sitting president for serious criminal acts that are not part of, and are contrary to, the president’s official duties. …Before or after indictment, Congress could exercise its independent judgement as to whether to begin impeachment proceedings or await the conclusion of the criminal proceedings. Neither the criminal proceeding nor the impeachment proceeding will control the other.”

QUESTION: Can a sitting president be arrested while in office?

But those hoping that they may someday see President Trump frog-walked out of the Oval Office, Rotunda had some disappointing news:

Of course, should Trump be indicted and convicted, it is inconceivable, even under this quisling GOP-led Congress, that he will not also be promptly impeached and removed from office…after which he could face imprisonment. (In such matters it’s good to remember that “revenge is a meal best served cold.”)

In short those were Donald Rotunda’s findings. And, while they proved inoperative in Clinton’s case, they are once again in play as the Trump investigations grind on. Which explains more precisely why Trump is so furious with Attorney General Jeff Sessions for recusing himself and sparking the appointment of an Independent Counsel, Robert Mueller.

As you read the entire Rotunda report (here) it’s important to focus on the key operative phrase: “a sitting president is only immune from prosecution as long as he is engaged in his constitutionally allowed official duties.”  Therein lays Trump’s achilles heel. Never have we had a President who acts most of the time in his own private interest. Tweeting threats to those investigating his alleged wrongdoing(s), is NOT part of his official duties, for example.

What Trump might have done before coming to office is also clearly fair game for Mueller’s investigators.

These are the reasons the Rotunda report deserved far more media coverage than it’s gotten so far. And why this report will drive all future decisions and actions by both the independent counsel and Trump’s legal team.

FINAL QUESTION: Does a sitting president have the power to pardon his co-conspirators, or even himself?

Rotunda was not asked to opine on this particularly sticky issue. While there are lots of “best guesses” floating around right now, no one knows the real answer — though we may find out soon enough.