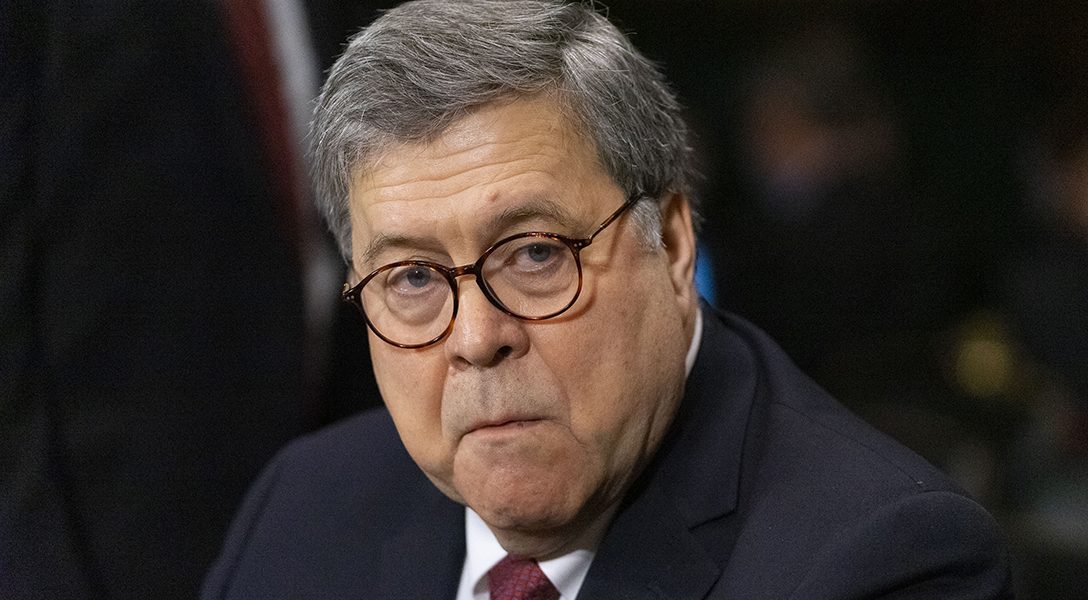 Why Most of Us Are Not Reading the Mueller Report

When he testified before the Senate Judiciary Committee on May 1, Attorney General William Barr likely was comforted by one fact: it appears that most Americans have not read the actual Mueller report.

Barr’s slow reveal of the report seems to have worked: His brief four-page letter to Congress on March 24 — which claimed that no “collusion” with Russia was found, and soft-pedaled what the report did find on obstruction of justice — dominated the headlines. It also caused joy among President Donald Trump and his supporters.

We now know that Barr’s letter angered special counsel Robert Mueller, who wrote to Barr in late March. Mueller raised concerns that Barr’s letter had confused the public, and urged him to release his team’s own introductions and executive summaries to clarify things.

Barr refused Mueller’s request. For the next few weeks, the conversation was about how much of the report would be redacted, and whether House Democrats would have to issue a subpoena for the full report.

Then, on April 18, Barr’s “press conference” before releasing the redacted report continued to shape the news, shifting the attention from the report itself to media ire at Barr’s blatant attempts to spin its findings.

By the time the actual 448-page document landed on the nation’s digital doorstep, it had become old news, offering many print and broadcast outlets the opportunity to mark how many times their earlier reporting had been proven to be accurate, but not shedding much light on what Mueller actually said or failed to say.

Media accounts, particularly right after the report was released, focused on the most dramatic scenes, depicting an angry, emotional Trump hell-bent on quashing the investigation. It substantiated and enriched what had been reported, but it did not offer any surprises about the president’s character.

As Washington Post book editor Carlos Lozada put it: “In a sense, the Mueller report reads like a dozen anonymous New York Times op-eds from that internal White House resistance, except they are far more detailed — and they’re signed.”

In my DC circle, full of activists and journalists, there’s been almost no discussion of the Mueller report. Nobody’s citing from it, sending out tweets or otherwise expressing any views. Among my friends, I haven’t found anyone who’s actually read it.

Polling seems to validate my impressions.

While news reports about the Mueller report seem to have caused Trump’s popularity to drop, public opinion about the report’s findings on the role of Russia in the 2016 election and Trump’s attempts to obstruct the investigation barely moved.

After the redacted report’s release, 47 percent of registered voters agreed that Trump tried to obstruct justice, a jump of three points since February, while 41 percent thought Trump had colluded with Russia, an increase of only two percentage points over the same period.

If a flurry of panel discussions and webinars in DC is any indication, the only people who are reading the report as if it were a juicy mystery novel are lawyers, particularly those who have been prosecutors.

Behind the legal language and cautious conclusions, they see real evidence of criminal guilt, and real danger for democracy.

“If you read the report you will see that it does describe several incidents involving obstruction of justice,” and finds that these incidents meet all the evidentiary requirements, said Barbara McQuade. McQuade, a University of Michigan law professor, is a former US Attorney for the Eastern District of Michigan.

She spoke at a webinar sponsored by the American Constitution Society on April 29, so lawyerly it offered a continuing legal education credit to those attorneys who participated.

Mueller looked at a provision of the criminal code that “provides that whoever corruptly obstructs, influences or impedes any official proceeding, or attempts to do so, is guilty of a crime.”

McQuade said that Mueller did as much as he could to explain Trump’s culpability, without violating Department of Justice legal opinions that a sitting president cannot be indicted. Mueller judged that “it would be unfair even to accuse the president of a crime … because he is unable to defend himself in court.” Nevertheless, she said, Mueller found three incidents where all the elements for prosecution are satisfied: the president committed an “obstructive act,” he intended to obstruct, and his action was related to “a legal proceeding.”

Two episodes that met all the requirements for obstruction of justice were Trump’s ordering White House counsel Don McGahn to fire Mueller, and then directing McGahn to tell reporters that Trump had not ordered the firing, and to “create a memo for the files” documenting that “[Trump] never directed the firing.”

The third incident concerned Trump’s effort to influence the entire tenor of the Russia investigation, McQuade said. Trump asked Corey Lewandowski, who no longer worked for the White House, to tell then–Attorney General Jeff Sessions to give a speech stating that he was directing Mueller to look into Russian interference in future elections and not the 2016 race.

Trump’s orders were not obeyed, but many lawyers don’t believe that necessarily exonerates the president. Neither does the fact that the Mueller team had not proven a conspiracy between the campaign and Russia.

Some experts also contend that there were grounds for accusing members of the campaign with campaign finance violations.

Bauer faulted Mueller’s team for not putting the Trump Tower meeting in the context of decades of congressional concerns about foreign influence in US elections. Congress has made three attempts to tighten the ban on “any form of foreign national financial support for American campaigns or American attempts to assist foreign nationals in spending money to influence” US elections, Bauer said.

That context, he said, “becomes an important part of the story” when the “entire campaign staff” met with “Kremlin emissaries” in June 2016. It is difficult to understand why the Mueller team would have wondered whether Paul Manafort knew that cooperating with a foreign national on a campaign violated federal law, Bauer said. Manafort, with “years of political experience,” had “lived through very notorious cases where the foreign national ban was in the headlines.” After the 1996 Clinton campaign, Bauer said, the Republicans investigated whether foreign nationals illegally contributed campaign funds. “And yet Mueller concludes that he doesn’t actually have the evidence that … Manafort knew that engagement with the Russians” might be illegal.

An April 23 discussion of the report at the Brookings Institution was somewhat kinder to the special counsel. Chuck Rosenberg, a former US attorney for the Eastern District of New York, who worked for Mueller at the FBI, said the report was the “product of a remarkably talented and dedicated team of investigators and prosecutors.”

Legal experts also found the dense document a “page-turner.” They may have been comfortable reading it, because it’s essentially what one former litigator called a prosecution memo, which details the evidence leading to a decision to charge or not to charge.

But the report’s structure seems daunting to many members of the public.

One member of the Brookings audience said he was not a lawyer and had not read the report, had only read about it. “Some of it’s very arcane language,” he complained. “[W]hy couldn’t he [Mueller] just say in plain English, I can’t indict but some of this activity that we found is scandalous and a threat to democracy, and it’s really now up to Congress to make a decision? Why do they have to beat around the bush?”

In part, it’s because that’s the way lawyers work, said Wittes. The “general propensity of federal prosecutors when you speak in public [is] to not go beyond the question of whether crimes are committed and to not editorialize in any way about the facts that you’re reporting.”

Wittes, editor-in-chief of Brookings’s popular Lawfare blog, also said that Mueller was working under particularly restrictive conditions. Unlike Ken Starr, who was an independent counsel when he investigated then-President Bill Clinton, Mueller works for the Department of Justice. Congress let the independent counsel law expire because it seemed to give one prosecutor too much power. But, Wittes suggested, the special counsel regulations now in place may have other problems.

He said he’d really like to ask Mueller whether “fear of DOJ intervention … encumbered” him. “Was he able to do the investigation that he wanted to do? Was he afraid of this investigation being cut short, being managed?” Even so, Susan Hennessey, a former National Security Agency (NSA) attorney, found the report compelling. Volume 1 of the report, she said, particularly deserves more attention, because it “documents in excruciating detail … a criminal conspiracy on the side of the Russians to interfere in the US election.” And, she charged, it depicts a “campaign who welcomes [that interference] … who delight in that assistance” and “who brazenly, serially lied to the American public” about what was happening.

“I would really encourage people, even those who aren’t lawyers, to pick up and read the report. It’s more readable than you might think.”

Unfortunately, unlike a lot of beach reading, the report doesn’t have an ending — happy or otherwise. House Democrats are wary of launching an impeachment proceeding without more public support. Nearly a third of Democrats are not yet endorsing impeachment, and more than half of independents oppose moving forward.

That situation is fluid, said Margaret Taylor, a former senior aide to Democrats on the Senate Foreign Relations Committee. “As people on the Hill and the public actually start to read the report and see just how bad it is,” she said, there may be less wariness about impeachment.

“Tthe weight of public opinion could change,” she added, if Americans were to become educated about the report, perhaps through hearings on “what is really in this report.”

While politicians fear the backlash against impeaching a president, an effort that will fail in the Republican-controlled Senate, Hennessey contended that not acting to impeach also has consequences. “Because if we stare down the barrel of this, if these facts are on the table and Congress shrugs and it’s up to the American people maybe 18 months from now to figure this out, that’s a really scary place,” she said.

Her concern? What she terms “constitutional rot … when the branches stop performing their functions, when the President stops meaning his oath of office, when the Congress stops meaning the oaths that they swear to faithfully and well execute their duties.”

When that “rot” sets in, she said, “it can be very, very difficult to recover.”

How can we read it if the full report isn’t available? I’m not going to read 400 plus pages with 60% of it redacted.

In February 2016, Trump said “I LOVE my poor-information voters.”

Those same people who have no interest or ability to read Mueller’s report.

The famous economist John Stuart Mill [1806-1873] once observed that “not all conservatives are stupid, but most stupid people are conservative.”

I rather respected this website at one time. It appears that Who What Why has since fallen prey to paranoid Russophobia. Kind of sad to see.

Not reading it “might” harm democracy” ?? We live in a plutocracy where corporations rule. Last time I checked democracy was about the people’s choice, not those tethered to the “paychecks and pensions” philosophy of looking the other way because those corporations control the flow of food and shelter for people. It’s their way or the highway, non-disclosure gag orders are prevalent and we use a word like democracy.