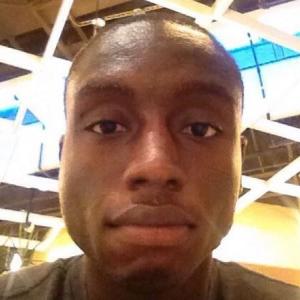 White House security has officially gone to the dogs.

Just a month after knife-wielding Army veteran Omar Gonzalez vaulted the fence and sprinted inside the White House’s East Room, another intruder jumped the barricade but was quickly captured. By two canine Secret Service agents named Hurricane and Jordan.

The dogs got Dominic Adesanya, 23, just after he landed on the White House lawn on Oct. 22. Human Secret Service counterparts arrived to arrest Adesanya while he was fighting with the dogs. Initially, the Secret Service was going to charge Adesanya with felony assault on a law officer for the dog fight, but later backed off.

All of this would almost be the punch line to a joke if not for a series of failures by the Secret Service that have come to light, culminating with the resignation of Director Julia Pierson. Adesanya’s is the fourth breach of White House security in barely more than a month.

In fact, it’s getting so common you’d be forgiven for thinking getting past the Secret Service is some kind of fraternity hazing fad gone wild.

Let’s review: There was the Gonzalez breach; the case of Kevin Carr, who drove to a non-public entrance and refused to leave; an incident where an armed security contractor with three assault convictions was let onto an elevator with the president; and a series of revelations about a 2011 shooting incident. In the last case, the most shocking discovery was that the Secret Service took four days to figure out bullets hit the building, and only because a housekeeper found fragments of glass and concrete.

There’s a pattern to these incidents, save the one involving the contractor. In the three others, the suspects were said to have some kind of mental illness— the familiar “Lone Nut” explanation. All three men had been intercepted previously while trying to get into the White House (Adesanya and Carr) or with ample evidence of attempting to do just that (Gonzalez).

On top of that, this latest incident only adds to President Obama’s threat tally, which is three times higher than those of his predecessors.

It’s little wonder he called Joe Clancy, a trusted former agent, out of private employment to take over after Pierson’s departure. President Obama is doubtlessly aware of the enormous trust he has to place in his praetorian guards, whom in other countries have turned against their masters. He also may be aware of the limits of his power inside an establishment where larger forces shape much of what happens.

Taken together, there is an substantial and growing body of proof that the Secret Service is in desperate need of reform. Remember, this is the agency that let James J. Rowley, the man in charge when John F. Kennedy was assassinated, stay on for another decade. He was later honored despite overseeing the greatest failure a VIP protection unit can make, and some of his successors were similarly rewarded for other disasters. (See here for our story recollecting a few of the more egregious examples.)

Clancy, who’s heading the agency in an acting capacity, will determine whether there is any real reform in the Secret Service now. Yet there are decades of history working against him. So far, the publicly lauded unit has proved resilient against any and all attempts at lasting change.