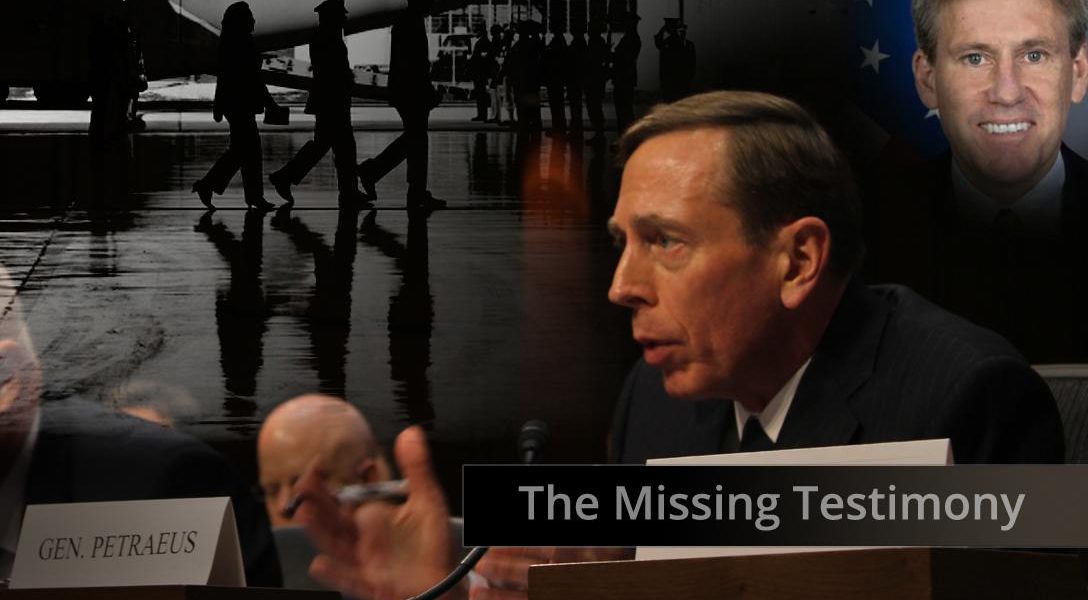 Why America Will Never Hear the Entire Benghazi Story

The underlying story of Benghazi is one that cannot and will not be talked about in any open session of Congress. This means that Thursday’s hearing featuring former Secretary of State Hillary Clinton was nothing but an exercise in futility.

It is the story of a covert CIA operation that was operating from a separate facility in the Benghazi compound that was simply known as the “Annex.” Some two dozen CIA case officers, analysts, translators and special staff were a part of this operation and its security was provided by CIA Global Response Staff (GRS), who had entered the country under diplomatic cover.

The CIA’s mission included arms interdiction — attempting to stop the flow of Soviet-era weapons to Central Africa — and very possibly the organization of Libyan arms shipments to vetted insurgent groups on the ground in Syria.

There is also evidence that the mission was working in concert with military personnel from the Joint Special Operations Group Trans-Sahara. At the time of the attack, an unarmed American surveillance drone was in flight over the territory east of Benghazi and Trans-Sahara military personnel were stationed in the Libyan capital of Tripoli.

In contrast, the State Department’s special diplomatic mission facility, classified as “temporary,” was minimally staffed with a rotating series of State Department officers sent to and from Tripoli.

US Ambassador Christopher Stevens had not been in Benghazi for a year. When he arrived for a short stay in September 2012, only a single diplomatic officer was present there, and that officer rotated back to Tripoli upon the ambassador’s arrival. Stevens was accompanied by a communications officer and a handful of Diplomatic Service Security staff. The security personnel provided protection for the ambassador during his travels and meetings in the city. His presence was intended to be extremely low key, but it was exposed in the local media shortly after his arrival.

Asking Clinton to justify maintaining the State Department temporary mission in the face of a worsening security situation is fruitless, given its actual function as a clandestine national security mission cover.

Questioning Clinton about that role would be as meaningless as questioning senior CIA personnel about operational information. Such missions cannot be publicly acknowledged or discussed, and revealing anything about them is strictly prohibited.

The same national security laws constraining State Department and CIA personnel also prevent lawmakers, other than those on select intelligence committees, from being briefed on such missions. And even those privileged individuals could not raise related questions in public — or even in closed sessions that include committee members or staff without the appropriate clearances.

In addition, querying Clinton about her involvement in the immediate response to the attacks is also pointless. The Secretary of State has no legal or operational role in a military response to a diplomatic facility attack. Only National Command Authority (president/secretary of defense) can order a foreign military intervention. The State Department does have Foreign Emergency Support Teams (FEST), composed of personnel from multiple agencies and maintained on alert to respond to crisis. But the FEST teams have no military elements and are dispatched only in the aftermath of a crisis, when the security situation allows. Following an attack their role is damage assessment and recovery.

Earlier investigations have already documented that President Obama ordered a military response immediately upon word reaching Washington. They showed as well that the AFRICOM commander responded to that order right away, directing deployment of the closest military quick reaction units — units which were on station in Spain, training in Eastern Europe, or back in the United States.

There were no armed American aircraft or naval units close enough to respond during the attack, those assets were in operation in Afghanistan, Iraq and around the Horn of Africa in Somalia and Yemen.

As for the well-equipped paramilitary operatives at the CIA station, according to their own statements, they were initially held back by the CIA station chief — as they had been in other incidents. And the station chief was, in turn, acting under his directive to let local militia groups respond. That practice was intended to maintain the station’s covert profile. Unfortunately, it was not consistent with providing any real time defense for the State Department compound.

Given all of the above, it is clear why the hearing quickly turned into a game of “pin the tail on the donkey.” As Democrats have claimed all along — and some Republicans have recently admitted — the committee’s work is mostly about beating up a political adversary and not at all about advancing the security of American diplomats abroad.

Larry Hancock conducts investigative and historical research in the areas of intelligence and national security. He has studied Benghazi in regard to both its covert aspects and the issues it raises for diplomatic security. That work is published in Shadow Warfare, A History of America’s Undeclared Wars (Counterpoint, 2014) and his most recently published book, Surprise Attack, from Pearl Harbor to 9/11 to Benghazi (Counterpoint, Sept. 2015).

You do not know what you are writing about. I worked in the STATE CT
office from 1989-1993. After that, I worked on Special Ops military
exercises with particular emphasis on the role of the FEST. You are
simply wrong on many counts. Understandable. Most of these issues were
at one time classified. Now? They are routinely released by the Obama
Administration and the Congress without regard to compromising important
US capabilities.

Intrigue surrounding the secret CIA operation In Benghazi Is not going away.

You did no such thing. You are a liar. There was no Kevin Nelson in S/CT.

This story is a crock.

Of course it is, it doesn’t fit into the right wing spin that you have based your opinion on so it must be fake, just like science is a crock because it throws water on you Jebus fantasy, BWAHAHAHA!!!

(Comment by reader @EscapePlatoCave) The big picture is Libya used as another Military-Industrial Complex moneymaker, and dictators who are “evil” because they resist IMF/BIS.

Come on Larry… they were too busy building ISIS in Iraq & Syria to blow their cover on a few State Dept / CIA assets.

And the Tea Party clown show knows full well not a word may be spoken in public… pure gutter politics… it’s all they know, and it works on “knuckle draggers” every time!

Ain’t it the truth; the American public by and large, are some of the most ignorant fools this world has to offer, between the garbage they eat and the trash they consume on TV and radio its a wonder most of them can tie their own shoes, oh wait….

Mr. Hancock,
You do not know what you are writing about. I worked in the STATE CT office from 1989-1993. After that, I worked on Special Ops military exercises with particular emphasis on the role of the FEST. You are simply wrong on many counts. Understandable. Most of these issues were at one time classified. Now? They are routinely released by the Obama Administration and the Congress without regard to compromising important US capabilities.

It is a coincidence then that Russia has helped Syria go after ISIS only to find out they have in fact gone after those put in place and supported by Obama? To pretend the West didn’t support ISIS is as ridiculous as the rending of the garments at the suggestion Obama is a Muslim, even thought he’s said so on more than one occasion.

The bigger coincidence is that you and the guy Kevin Nelson seem to have the same life story, word for word, BWAHAHAHA!

Nelson is a liar. There was no such person there. I was the only one who started in 89 and left in 93. No one else.

It’s out there in half a dozen or so books. How dumb are we supposed to be?

This has been obvious for quite some time. However, it leaves untouched the critical point about the media and the message, which has also been obvious since McLuhan, but, in this case, would be an easy illustration of how the secret bureaucracy of the ruling class élite is the real power that runs the country while partisan theatrics utilize complicit media to deflect attention of a critical mass of people who otherwise might stand together in dissent.

Agree. It should be a main concern for people who get their news from more reliable sources like this one to expose the corporate message machine masquerading as the press to the general population. Without media complicity, the agenda of ruling elites would be severely weakened.

Bernays did not say it more judiciously himself.