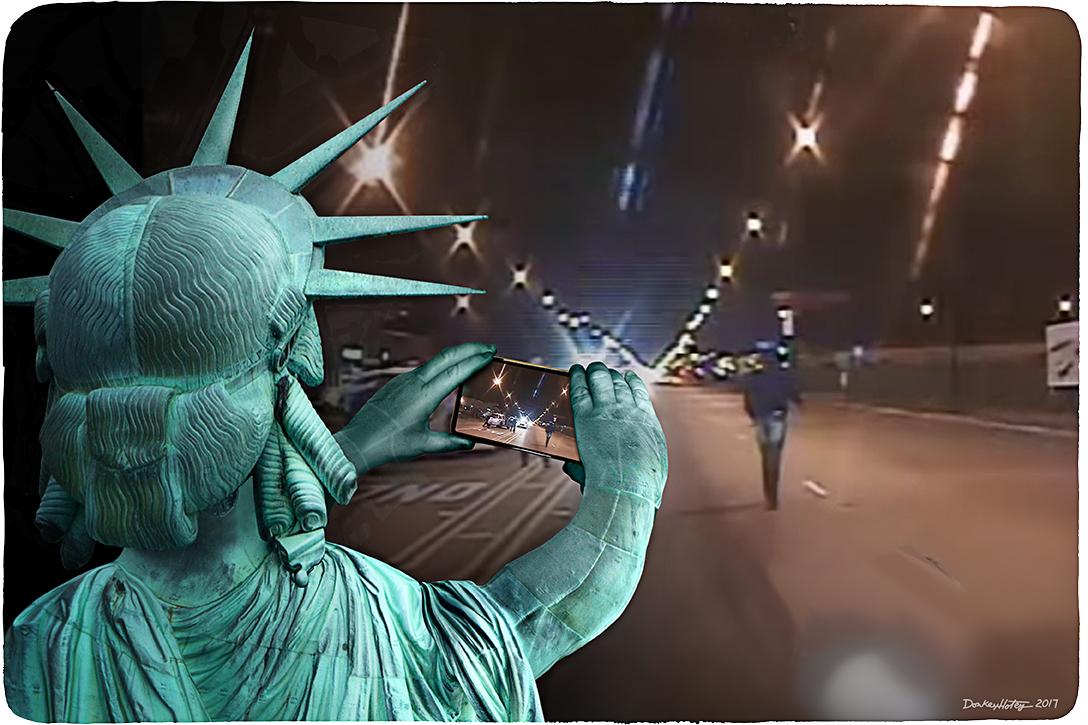 Twenty-five years ago, a California jury failed to convict four cops accused of savagely beating a black man. What sounds today like an all-too-common story was anything but back then. The verdict triggered massive unrest and, within a week, parts of Los Angeles had gone up in smoke and 55 people had died. So what made this case of police brutality different? The beating of Rodney King was caught on tape.

Fast-forward to this month, when a passenger on a United Airlines flight was asked to give up his seat to make room for a crew member who had to get to Louisville. The man refused and was subsequently bloodied and dragged off the plane. This event was also caught on tape. Within hours, the video had been seen by millions and had become a PR nightmare for United. Within a few days, airlines had begun making changes to how they “bumped” passengers.

In both cases, seeing an injustice committed was much more powerful than reading about it. Without the videos, high-priced attorneys protecting the ruling class could have spun both of these events into something completely different — if they had made the news at all.

This is an important lesson to keep in mind.

There is no doubt that the lives of Americans have never been more exposed than at this very moment. Using the pretext of “national security,” the government constantly assaults and chips away at privacy protections that had been established throughout the course of US history.

In many cases, those in power don’t even bother to change the laws — which would more often than not turn out to be unconstitutional. It’s much easier to give agencies such as the NSA carte blanche.

At the same time, lawmakers are opening the doors to allow their corporate paymasters to collect unprecedented amounts of information about their customers and then use that data as they see fit.

Last week, for example, it was revealed that the NSA identified holes in Microsoft’s Windows software and then exploited these vulnerabilities instead of warning the company and its customers. Earlier in April, President Donald Trump signed legislation that voided privacy rules preventing Internet service providers from selling the browsing history of their customers without their consent.

In fact, unless you have taken extraordinary steps, either the government or at least one corporation (and probably both) know that you are reading this article right now.

There is a bit of a silver lining. Just as new technologies have allowed those in power to invade your privacy and gobble up massive amounts of data about your life, they also give you the means to expose them. You can turn the tables by keeping an eye on the powerful.

Bad cops don’t want you to record them. A huge corporation does not want you to be there with a camera when it violates a customer in order to save a few bucks or pays hired hands to clear out protesters. Lawmakers don’t want you to ask them difficult questions while putting a microphone or camera in their faces.

And none of these people — all of whom want to exert their authority over your life in some way — wants you to put this video online and make it available to a wide audience.

So please do both these things. In the American oligarchy, it’s one of the few ways to keep the powerful accountable.