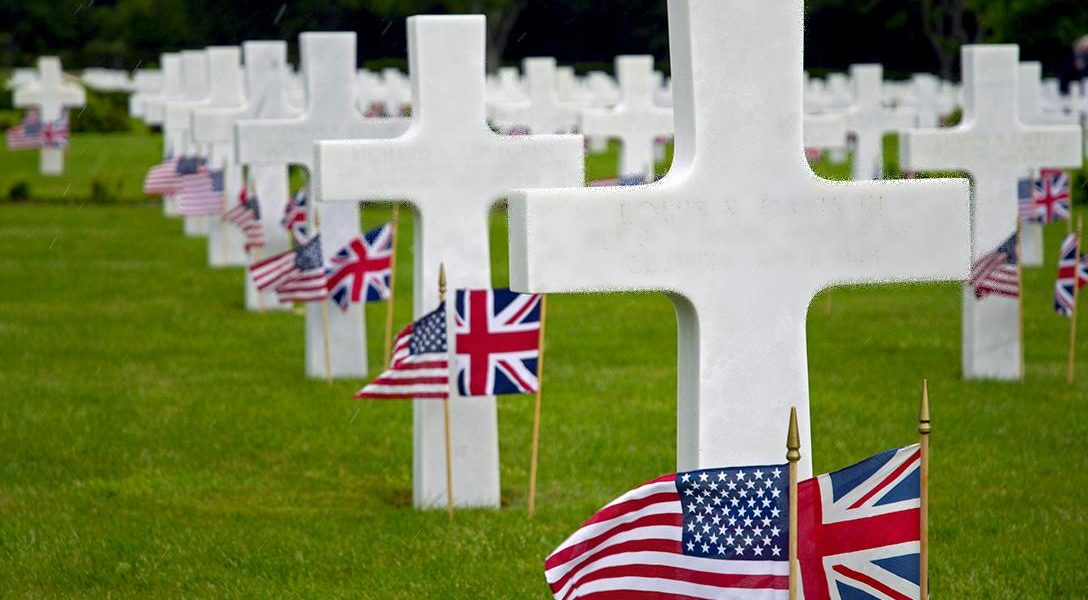 Flags decorate the graves of US service members.  Photo credit: Adapted by WhoWhatWhy from Beverly / Flickr (CC BY 2.0)
Government Integrity

When Hillary Clinton and Donald Trump address the American Legion’s upcoming national convention,  they will no doubt explain why they are the right choice to be the next commander-in-chief.

What they probably won’t talk about is the high number of veterans who will die by their own hand during the week-long conference.

According to a recent report by the Department of Veteran Affairs, 7,300 veterans killed themselves in 2014 — an average of 20 per day.  This is more than the entire number of soldiers killed in Iraq and Afghanistan to date.

If this trend keeps up, by the end of the American Legion conference, 140 veterans will have killed themselves.

The rate has increased by one-third since 2001, and the majority are men 50 years of age or older.

Candidate Clinton has proposed a comprehensive plan that includes a new framework for veterans’ health care delivery, efforts to combat the homelessness epidemic, and a greater awareness of women veterans’ issues. Meanwhile, Trump’s plan includes partial privatization of the VA, higher standards for veteran employees of the department, and easier access to VA services in rural areas. But many experts feel that these proposals are inadequate.

Joe Davis, Director of Public Affairs at the Washington office of Veterans of Foreign Wars, offered a grim assessment. “Suicide is a nationwide issue and no amount of money or rhetoric is going to solve — a problem that first requires an individual to voluntarily ask for help,” he said.

The main causes of the high suicide rate are post-traumatic stress disorder (PTSD), traumatic brain injury, and depression. They are usually treated with counseling and medication. Experimental treatments are also available, some of which may be promising.

For example, a procedure involving the use of a multiwatt neuro-laser is being tried on traumatic brain injury and depression. The laser has enough power to “penetrate skin and skull, reaching the deep parts of the brain where injuries are, with no irritation to the skin or other side effects,” according to Theodore Henderson, M.D.,Ph.D, a Denver-based psychiatrist and leading practitioner of these treatments (Traumatic Brain Injury, Major Depressive Disorder). But large, randomized control trials will need to be done to establish the safety and effectiveness of these procedures.

Dr. Thomas J. Berger, Executive Director of the Veterans Health Council at Vietnam Veterans of America, stressed that relying on a medical solution alone will not fix the problem. In an interview with WhoWhatWhy, he described approaches that aim to prevent veterans from entertaining thoughts of suicide in the first place

“The military service could provide better resilience training prior to troops’ deployment, and that would be followed by a refresher course after they return from a deployment,” Berger said. “We’ve got to go directly to the medical schools, to the graduate schools, and make a pitch for people to get more involved in veterans’ mental health issues.”

Even if the new medical technologies and better training hold out the promise of saving some lives, the roots of the epidemic lie deeper.

By “military culture,” he was referring to the emphasis on toughness, an ingrained problem that discourages veterans from asking for the help they need. Too many view seeking assistance for mental problems as “not masculine.”

Henderson also said many veterans have lost faith in the VA. This lack of confidence no doubt stems from such problems as long wait times for admittance to veterans’ hospitals, understaffing, and inexperienced doctors. Marcus Leday and his mother, Marsha Bias.
Photo credit: With permission from the Bias family

Despite the ability of the VA to help, it doesn’t always do so. A case in point: Marsha Bias told WhoWhatWhy that her son Marcus had developed PTSD while serving in Iraq — but no one told her. And no one gave her his medical records documenting his PTSD. Instead, the military just stuck those records in a large box along with a lot of other items — and gave it to Marcus, not to his mother. She only came upon them later, almost by chance.

She did not have those records when she took her son to the VA in Beaumont, Texas, but she did describe his disturbing behavior to them. They turned him away, claiming his mental illness “wasn’t service related.”

Frustrated, she eventually asked The Examiner, a weekly newspaper published in Beaumont to help draw attention to the problem. It was only after receiving bad press that the VA offered him treatment. By then, it was too late. In March 2013, Marcus shot himself in his bedroom.

The suicides are bound to continue until a number of radical changes take place. First, veterans need the same politicians who send them off to war to pay more attention to their problems when they return home.

Perhaps the greatest challenge of all, however, will be to transform the culture of the military so that veterans are not ashamed to ask for the help they so clearly need.