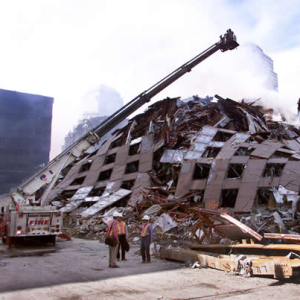 The Ruins of WTC Building 7

A group that wants New York City voters to authorize a new investigation into the collapse of World Trade Center Building 7 on 9/11 won a significant victory this week.

The City of New York conceded that the High-Rise Safety Initiative has enough signatures to qualify its petition for an investigation of all high-rise building collapses since the 9/11 attacks. Any credible inquiry would include WTC Building 7. (For our earlier story on the initiative, please click here)

The victory comes as part of a trial which started last month. The High-Rise Safety Initiative sued to overturn the City’s determination that not enough of the signatures it collected were bona fide, and that the legal language of the petition is not valid.

So with the first reason for the City’s rejection out of the way, the High-Rise Building Initiative now must persuade the court that its petition language is legitimate.

If it can, then voters will decide on the November ballot whether the baffling collapse of Building 7 will get another look. That could answer nagging questions about the building, including how fires caused the building to fall to the ground so swiftly.