Trump’s Biggest Problem Might Be His Lenders, Not Prosecutors

In one way, Donald Trump is a typical ex-president, in that he is in desperate need of cash. Harry Truman lived on a modest Army pension; Bill Clinton left the White House a reported $16 million in debt — mostly legal bills racked up during the Monica Lewinsky scandal.

But Donald Trump also remains a very atypical ex-president, in that he is grotesquely in need of money, and is dangerously close to having his highly leveraged real estate empire taken away from him, experts contacted for this article said.

The 45th president has hundreds of millions of dollars in loans for which he is personally responsible coming due over the next decade, according to his post-presidency financial disclosure filings. That’s well known — as is the avalanche of legal bills coming after the July 1 indictment of the Trump Organization and its longtime chief financial officer, Allen Weisselberg, on tax fraud charges.

Less known is that the indictment means Trump is exposed to the possibility of his lenders demanding immediate repayment in full and staging a stampede on his assets. Even without a George Bailey-like bank run, the Trump Organization has cash flow problems that make servicing debt a challenge. Cities are canceling leases and banks are declining to extend him more credit following the fatal January 6 Capitol riots and Trump’s dangerous refusal to accept the election results.

On top of that, the federal government, as the landlord of his money-burning hotel at the Old Post Office in Washington, DC — which the organization is frantically trying to offload — could simply cancel the lease, leaving the ex-president holding a nearly $200 million bag of debt owed to Deutsche Bank, and little way out aside for declaring bankruptcy.

Either scenario could collapse the creaky foundation of debt and Trump’s celebrity supporting his real estate empire. If both happen, a future becomes possible in which a scofflaw Trump — who survived the Mueller investigation and two impeachment trials — could find himself evicted from a foreclosed Mar-a-Lago by Palm Beach County sheriff’s deputies.

“What are we going to do about this?”

Exactly how much Trump owes — and to whom — is still opaque. Financial disclosure forms don’t require the president to provide exact dollar amounts, only broad ranges: between $5 and $25 million; over $50 million. But according to Forbes, Trump has close to $900 million in loans coming due over the next decade.

Debts include at least $150 million to Deutsche Bank for four different properties; a reported $280 million to an obscure real estate investment trust called Ladder Capital Finance — the nature of which prosecutors are also investigating, according to reports — and $18.25 million to a South Florida commercial bank called Professional Bank that was used in 2018 to purchase a Palm Beach mansion, not far from Mar-a-Lago, formerly owned by Trump’s older sister.

These are all Trump’s personal liabilities; his company owes more.

While racking up these debts, the Trump Organization also allegedly schemed to bilk the taxman. A Brooklyn native who’s worked for the Trump family since the ex-president’s father, Fred Trump, hired him in 1973, Weisselberg is accused of disguising $1.7 million in payments as fringe benefits over the past 15 years in a “sweeping and audacious” tax fraud scheme, according to the Manhattan district attorney’s office.

Central to the bank loan collapse theory are four of the indictment’s 15 counts alleging that Weisselberg cooked the Trump Organization’s books in order to dodge state and federal taxes.

Faking business records is a violation of a typical loan covenant — the lengthy list of “do’s” and “don’ts” that lenders require their borrowers to agree to before receiving money, generally in order to reduce the lender’s risk of their borrower defaulting.

When a loan covenant is violated, the lenders can take serious action: They can recall the loan, they can modify the loan’s terms, or they can start making moves to seize the borrower’s collateral. It is a near certainty that Trump’s lenders are considering all these options, experts said.

“Generally speaking, if you find that your borrower has a false set of books, that’s a ‘set your hair on fire’ type of thing [for banks],” said one high-level official at a prominent bank, who agreed to speak on condition of anonymity.

“It’s like, ‘Holy shit, there’s fraud here,’” the official added. “That’s definitely a whole bottle of Pepcid AC. It’s, ‘Man, what are we going to do about this?’”

Loan covenants are private agreements between parties and only become public records in extreme circumstances — such as during a serious legal disagreement.

Whether the Trump Organization’s loan covenants do include prohibitions on faking books and dodging taxes is something only the organization and its lenders know. But it is very likely.

“Typically, the loan agreement will do everything but require your firstborn as collateral. They really do tie you up in knots,” said Jack Blum, a Washington attorney and white-collar crime expert who spent 14 years as a Senate staff attorney and investigated financial institutions during the savings and loan scandal.

In this instance, what prosecutors have “that’s so devastating” is Weisselberg’s “cheat sheet” that allowed the Trump Organization to internally figure out each employee’s actual compensation — while still stiffing the taxman. 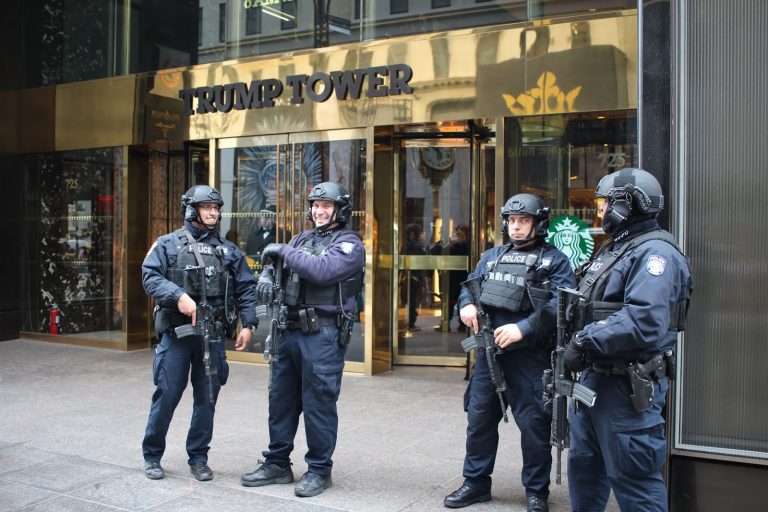 That ought to be enough to call in the loans by itself. On top of that are banks’ “reputational risks,” experts said: the bad stink of being involved with the Trump Organization, which could encourage other potential borrowers to get a loan from someone else.

Whether the banks will actually cut ties is based on an entirely different list of considerations. If the loan is still performing — if the Trump Organization is still making its payments, if the loan is still making money for the bank and its shareholders — the bank may decide to keep quiet and sit on the loan rather than risk triggering a rush on the Trump Organization that could yield them nothing.

“Let’s face it: Banks are entirely self interested. They don’t want to be left holding the bag,” the official said, adding that the question all the banks are asking now is, “Am I going to lose my ass?”

As deals go, this one was terrible: Despite steering contract seekers, hangers-on, and international visitors to stay at the hotel, the Trump Organization is losing money on the Old Post Office and has tried at least twice to sell it off. Though Trump reported $15 million in income from the hotel on his financial disclosure forms, tax records obtained by The New York Times show losses in excess of $100 million.

The best offers so far have been about half of the $500 million Eric Trump, the former president’s second-oldest son, is seeking, as The Washington Post reported.

Before a sale can happen, the government could just take it away. Congressional Democrats unsuccessfully tried to get the GSA to cancel Trump’s lease while he was in office, alleging violations of the emoluments clause. But this time around, a Biden GSA could decide that a Trump Organization engaging in alleged tax fraud is unfit to lease a government property and strike the company from the government’s list of approved contractors.

The indictment “raises questions about their fitness to have a government lease,” said Virginia Canter, the chief ethics counselor at Citizens for Responsibility and Ethics in Washington, a Beltway watchdog group.

The GSA would have to inform the Trump Organization the lease is under review, and the Trump Organization would in turn have to show why it’s still fit to hold the lease, Canter said. If this happens quickly enough, that would mean no sale — and the indictment may complicate terms of any deal to such an extent that prospective buyers decide to wait it out.

“An indictment is the basis for putting a company or a person on the debarment and suspension list,” she added. “There’s a clear basis for doing it. And they should do it.”

Trump does have performing assets, but they’re not “his” — the organization has a 30 percent stake with Vornado Realty Trust in prime commercial towers in San Francisco and New York City. He could sell off his interests in those to make the kind of money he’ll need to service his existing loans and also pay the $2,000-an-hour white-shoe law firms needed to defend the organization from the Weisselberg indictment.

And like other ex-presidents cashing in on the speech and book circuits, Trump can still make money.

If he can make $500 million from selling Trump truck flags, he may be okay. If he can’t, the edifice could start to crack.

“He already had limited options in terms of his access to commercial banks,” Canter said, noting Deutsche Bank cut ties in January. “His options were narrowing before he went into office, they’ve narrowed since he left office, and now this is another phase.”