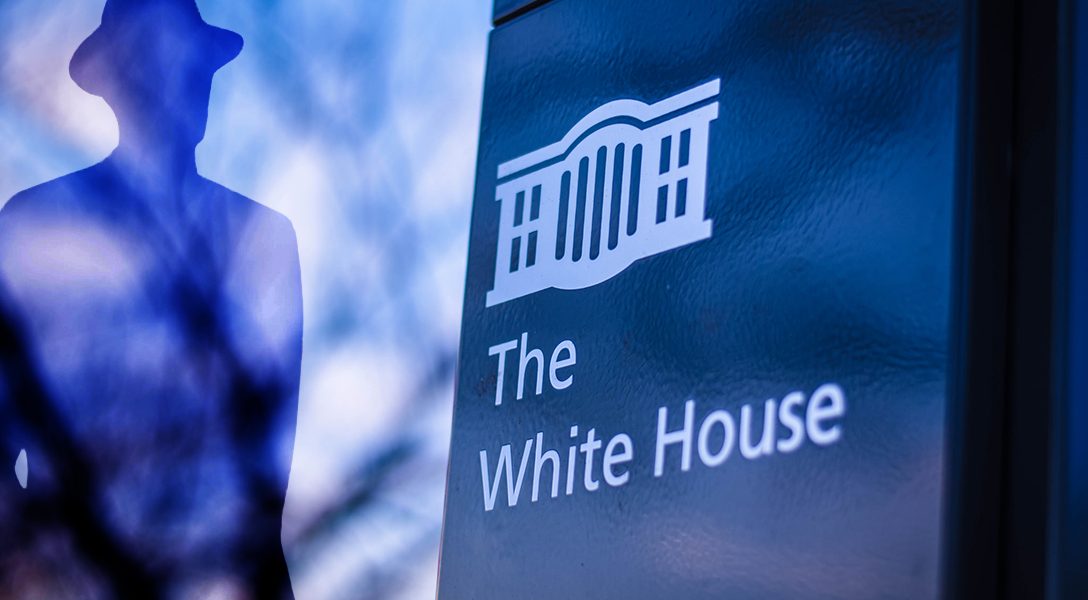 The resignation of President Donald Trump’s National Security Adviser Michael Flynn on February 13 was accompanied by a flood of speculation about a war between the Trump administration and the “Deep State,” meaning the intelligence agencies. In the midst of the furor, three remarkably similarly slanted stories about it appeared in The New York Times, the Los Angeles Times, and the Washington Post, all under headlines about an American “Deep State,” and all with references to perceived similarities to Turkey and Egypt.

According to a front-page story in The New York Times:

So is the United States seeing the rise of its own deep state?

Not quite, experts say, but the echoes are real — and disturbing.

Though leaks can be a normal and healthy check on a president’s power, what’s happening now extends much further…[1]

The day after his surprise election, the interlocking circles of power that run the show in sun and shadows — what C. Wright Mills long ago termed the Power Elite — met to overthrow him, or at least to render him more controllable. These efforts, run out of interconnected power centers, including the liberal corporate legal boardrooms that were the backers of Obama and Hillary Clinton, had no compunction in planning the overthrow of a legally elected president.[2]

But there is no meeting-place that could ever accommodate the amorphous “circles” of US power (more conflicted than interlocked), and no concerted policy that could ever issue from such an imaginary meeting.

As Greg Grandin wrote in The Nation:

Much of the writing frames the question as Trump versus the Deep State, but even if we take the “deep state” as a valid concept, surely it’s not useful to think of the competing interests it represents as monolithic, as David Martin in an e-mail suggests. Big Oil and Wall Street might want deregulation and an opening to Russia. The euphemistically titled “intelligence community” wants a ramped-up war footing. High-tech wants increased trade. Trump, who presents as pure id wrapped in ambition motived by appetite, wants it all — which makes him both potentially useful and inherently unstable, simultaneously a product and target of the deep state. In 1956, C. Wright Mills wrote that “the conception of the power elite and of its unity rests upon the corresponding developments and the coincidence of interests among economic, political, and military organizations.” If nothing else, the “Trump v. Deep State” framings show that unity is long gone.[3]

Following more customary usage, including studies of the phenomenon in Turkey and Egypt, Grandin does not (like The New York Times) confine the term “Deep State” to perhaps its most structural component, the intelligence agencies. As I tried to show recently, the deep state is not geographically confined to the Beltway agencies, but is everywhere, including inside the new Trump team.[4]

In contrast, the Times, the Post, and the Los Angeles Times articles seek to limit the conflict to its most conspicuous feature: the recent flood of leaks about Trump, Flynn, Paul Manafort, Roger Stone (and now our new Attorney General Jeff Sessions) and Russia. And all three depict the leaks as traditional “pushback” (McManus’s term in the Los Angeles Times ) against dangerous new Trump policies, by officials who have been “forced” (according to The New York Times) “to ask how far they will go” in response to a president who “is playing to the edge of his powers.”

All three newspapers agreed moreover that the conflict weakens America, “is bad for the intelligence community, bad for the White House, and bad for the nation’s security” (The New York Times).

Such a disposition is simply unhealthy for a democratic system that is supposed to be based on checks and balances, deliberation and debate. It polarizes the political conversation, creating false binaries between “the people” — only, of course, those who voted for Trump — and the machinery of Washington. And, ironically, it can give would-be authoritarians license to subvert and remold that machinery into a deep state that’s more to their tastes.[5]

Undoubtedly, the situation is unusually polarized, to the point that most of the recent discussion has expressed alarm. Some agree with Patrick Buchanan, attacking the forced resignation of Flynn, that “the deep state is after larger game than General Flynn. It is out to bring down President Trump and abort any move to effect the sort of rapprochement with Russia that Ronald Reagan achieved. For the deep state is deeply committed to Cold War II.”[6]

On the other hand are those like Bill Kristol, who tweeted, “If it comes to it, prefer the deep state to the Trump state.”[7]

Many Americans see wrong on both sides, like Glenn Greenwald, who in a tweet wrote “Trump presidency is dangerous. CIA/Deep State abuse of spy powers to subvert elected Govt is dangerous. One can cogently believe both.”[8] What makes them most dangerous, in my eyes, is the risk of great power confrontation, which may have increased with Trump’s plans to increase defense spending by $54 billion.

But the so-called conflict between Trump and the deep state, which the Times, L.A. Times, and Post all see as dangerous, I see as the best hope for limiting excessive power. When leaks from the FBI helped bring down Richard Nixon in the 1970s, the ultimate outcome was the post-Watergate reforms that curtailed excesses such as domestic spying by the CIA.[9]

In 2003, as President George W. Bush and his Vice President Dick Cheney launched the Iraq War, neocon author Laurie Mylroie wrote a book whose title, resonant with our current situation, was Bush vs. The Beltway: How the CIA and the State Department Tried to Stop the War on Terror.[10] In it, according to her publishers, Mylroie described “how forces within the CIA and the State Department have conspired to discredit crucial intelligence about Saddam Hussein’s regime, from his links to al Qaeda to his development of chemical, biological, and nuclear weaponry [and] potential Iraq involvement in the fall 2001 anthrax attacks.” Still wilder were the charges in the book that Saddam was behind both the 1993 bombing of the World Trade Center and the 1995 bombing in Oklahoma City.

Today we can say with confidence that every one of these charges against Saddam (some of which were apparently fed her by neocons in the Bush administration) was false. On the other hand, she was correct in alleging that the CIA tried to discredit Bush’s and Cheney’s claims that Saddam was developing nuclear weapons.[11]

We know a little bit more about both the presidency and the CIA, precisely because of this conflict between them in 2002-03. The conflict failed to prevent the Iraq War, but revelations from it eventually contributed to the war’s de-escalation when Barack Obama came to power. The lessons should be remembered today, when Flynn and others in the Trump camp have been advocating a re-escalation of the Iraq War. (Like others in Hillary Clinton’s camp.)[12]

So when the Post, the Times, and the L.A. Times all in lockstep proclaim that such conflict “is bad,” I reach the opposite conclusion: conflict between competing power-hungry forces is the most proven way in Washington for checks and balances to restrain excessive power, and also to make for a more open politics. As Leonard Cohen wrote, “There is a crack, a crack in everything. That’s how the light gets in.”

5. Ishaan Tharoor, “Is Trump fighting the ‘deep state’ or creating his own?” Washington Post,

10. Laurie Mylroie, Bush vs. The Beltway: How the CIA and the State Department Tried to Stop the War on Terror (QQ: Regan Books, 2003).

“Thirteen years ago, the intelligence community concluded in a 93-page classified document used to justify the invasion of Iraq that it lacked ‘specific information’ on ‘many key aspects’ of Iraqi President Saddam Hussein’s weapons of mass destruction (WMD) programs.

But that’s not what top Bush administration officials said during their campaign to sell the war to the American public. Those officials, citing the same classified document, asserted with no uncertainty that Iraq was actively pursuing nuclear weapons, concealing a vast chemical and biological weapons arsenal, and posing an immediate and grave threat to US national security.

Congress eventually concluded that the Bush administration had ‘overstated’ its dire warnings about the Iraqi threat, and that the administration’s claims about Iraq’s WMD program were ‘not supported by the underlying intelligence reporting.’ But that underlying intelligence reporting — contained in the so-called National Intelligence Estimate (NIE) that was used to justify the invasion — has remained shrouded in mystery until now.”

12. Whether Flynn in the White House was an advocate of military aggressiveness or of restraint is a complex issue still being debated. See Dana Priest, “The Disruptive Career of Michael Flynn, Trump’s National-Security Adviser, New Yorker, November 23, 2016, http://www.newyorker.com/news/news-desk/the-disruptive-career-of-trumps-national-security-adviser.