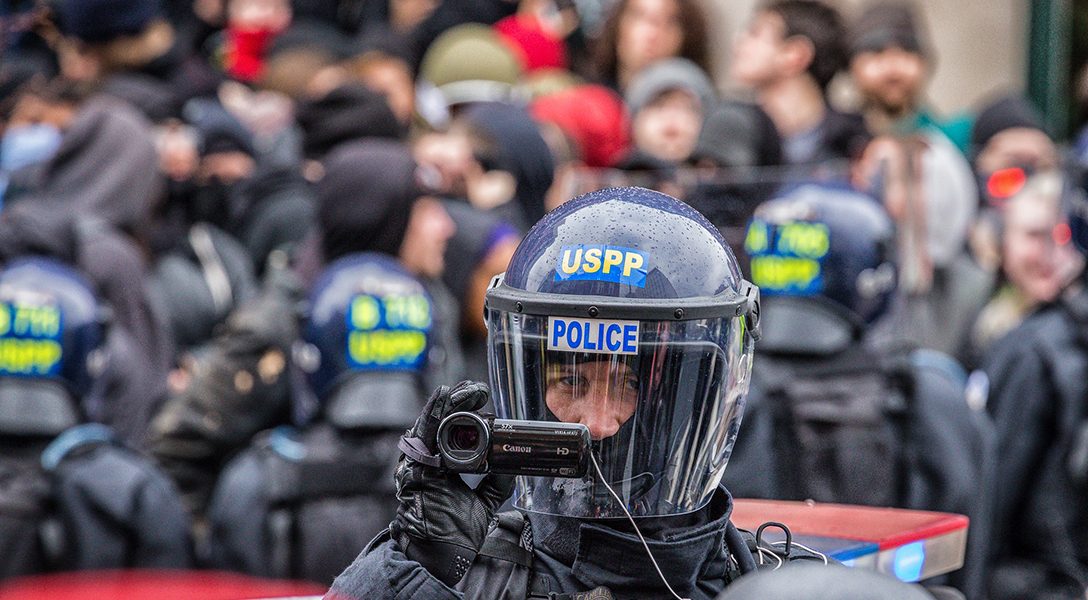 The Trump White House, which had such a hard time castigating Nazis and the Klu Klux Klan protesters in Charlottesville, VA, seems to be moving swiftly to identify — and perhaps harass — the more than one million visitors to a website that coordinated demonstrations during the Trump inauguration.

The Department of Justice last month issued a sweeping demand for information from the website Disruptj20.org. The DOJ is seeking this data to assist its investigation of what it termed a “violent riot” on January 20. The “riot” resulted in some property damage and injuries during mostly peaceful protests that involved hundreds of thousands of participants.

The website’s host, DreamHost, is resisting the demand for the information. A hearing on the case is set for this Friday in DC Superior Court.

In its brief opposing the warrant, Dreamhost charges:

“In essence, the Search Warrant not only aims to identify the political dissidents of the current administration, but attempts to identify and understand what content each of these dissidents viewed on the website.”

Anyone who visits multiple websites in the course of a day, who is curious about politics, or who has strong views about the current occupant of the White House should feel vulnerable because of this search warrant.

Consider what the DOJ is seeking: the names and addresses of all visitors to the site, plus blog posts and photos that were never published.

This seems like unfettered overreach in order to obtain evidence on a tiny fraction of the targeted population —  220 people were arrested during the inauguration demonstrations.

It is not clear how the DOJ might ultimately use this mass of information, whether it would be kept in a file of “trouble-makers” or deployed to harass federal employees, who also have free-speech rights. It is frightening to contemplate any government entity knowing one’s personal web search history or unpublished views on a variety of issues.

Dreamhost only released the DOJ’s warrant request and its response on August 14, so the transparency community in Washington is just beginning to react.

The President freely tosses around the term “witch hunt” when criticizing those who investigate him. In this case, the DOJ’s actions are just that.