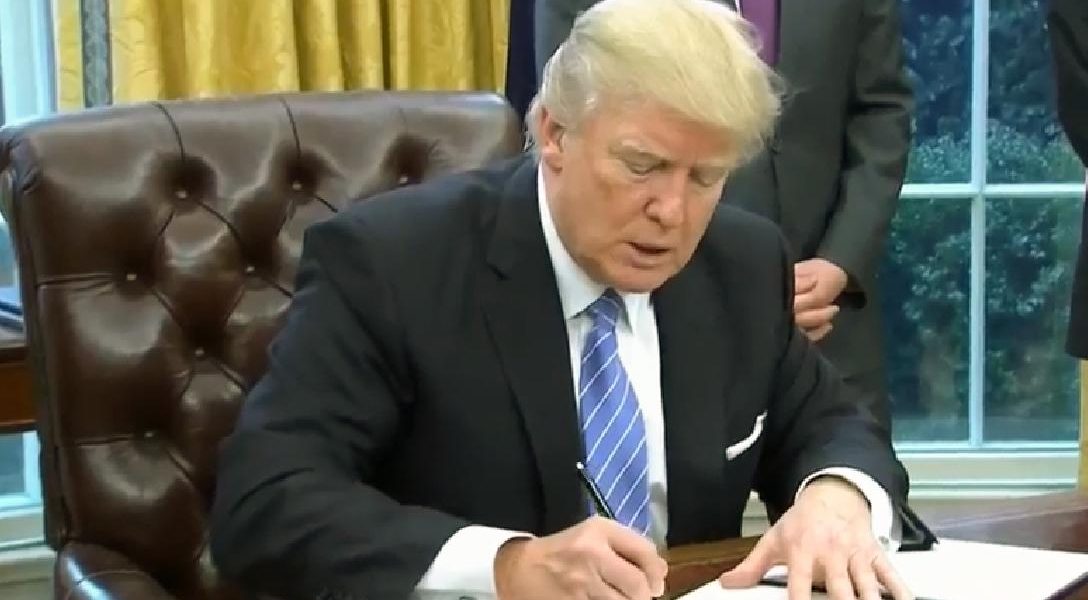 On February 24, the Trump Administration did something consequential. No, it was not barring certain news outlets from an informal briefing — called a “gaggle” — with White House Press Secretary Sean Spicer, although that story made the front page of The Washington Post and was the subject of a lead editorial in The New York Times the next day.

This was the day’s real newsmaker: President Donald Trump issued another executive order, Enforcing the Regulatory Reform Agenda. The President was flanked by leaders of the country’s largest corporations, including the heads of Dow Chemical, Lockheed Martin and Archer Daniels Midland, when he signed the document.

The order tightens the screws on federal agencies by putting in place enforcers to ensure compliance with White House policy “to alleviate unnecessary regulatory burdens placed on the American people.” Trump said his new order would help eliminate “75 percent of the repetitive, horrible regulations that hurt companies, hurt jobs.” He insisted that, although he sought to cut three-quarters of all federal regulations, he still wanted to protect public health and safety and the environment.

The order requires agencies to designate regulatory reform officers (RROs) to ensure compliance with Trump’s new regulatory reforms. These RROs will chair agency task forces whose goal is to identify regulations for extinction.

In a statement, Scott Slesinger, Natural Resources Defense Council legislative director, called the February 24 order “a directive to kill the safeguards Americans depend on for clean air, drinkable water and safe food.”

The agency hit squads are asked to target regulations that “eliminate jobs or inhibit job creation,” are “outdated, unnecessary or ineffective,” or “impose costs that exceed benefits.” Those measurements may be subjective, but critics point out that they appear to require at least a modicum of substantiation.

But other criteria are more expansive. Also on the chopping block will be regulations that “create a serious inconsistency or otherwise interfere with regulatory reform initiatives.” Presumably, any regulation would pose a threat to an anti-regulatory agenda.

But perhaps most chilling for public health and safety is the task force’s mandate to target “those regulations that rely in whole or part on data, information, or methods that are not publicly available or that are insufficiently transparent to meet the standard of reproducibility.”

Here’s the problem, according to scientists and regulatory lawyers: many regulations, such as those reducing air pollution, are based on scientific studies measuring the health effects of dirty air on people, including children and the elderly. These studies rely on patient information that is confidential by law and cannot be disclosed. Other data that agencies use come from businesses and are proprietary information. Much of science, including our predictions about global warming, is based on studies that can’t be reproduced. You can’t reproduce studies measuring climate changes over hundreds of years.

Some of the EPA’s most protective rules, such as those preventing air pollution, or the emissions of greenhouse gases causing global warming, are based on this type of data. These rules could be caught up in this agency-wide crusade against regulation.

The order’s language mimics past House and Senate proposals that failed to achieve passage. These “Secret Science” bills would have restricted agencies to developing regulations based only on fully disclosable information that could be reproduced.

Those “Secret Science” proposals were widely criticized. In 2014, eight professors of environmental and administrative law wrote a letter strongly opposing “Secret Science” bills, stating that they would cripple the Environmental Protection Agency and “undermine, rather than enhance the scientific rigor of EPA decision-making.”

The order “further concentrates regulatory decision-making in the White House” and away from the science and policy experts at federal agencies, charged James Goodwin in an email response to WhoWhatWhy. James Goodwin is senior policy analyst with the legal think tank The Center for Progressive Reform.

Goodwin warned that the order is “an attempt to delegitimize agencies, particularly the EPA,” by “creating the illusion” that the EPA and other agencies use flawed data or science.

Agency task forces will have a “powerful all-purpose weapon for attacking any regulations that might inconvenience politically powerful industries,” Goodwin wrote. He added that because of the order’s vague language, “industry-funded think tanks and trade associations would always be able to find some way to criticize the data or science the EPA or other science-based agencies rely on for regulations.”

The February 24 order was the latest Trump initiative to sharply cut regulations. On January 30, Trump issued an executive order to require agencies to cut two regulations for every new regulation they propose. NRDC, Public Citizen and the Communications Workers of America have sued the Trump administration in federal district court to block that order from being implemented.