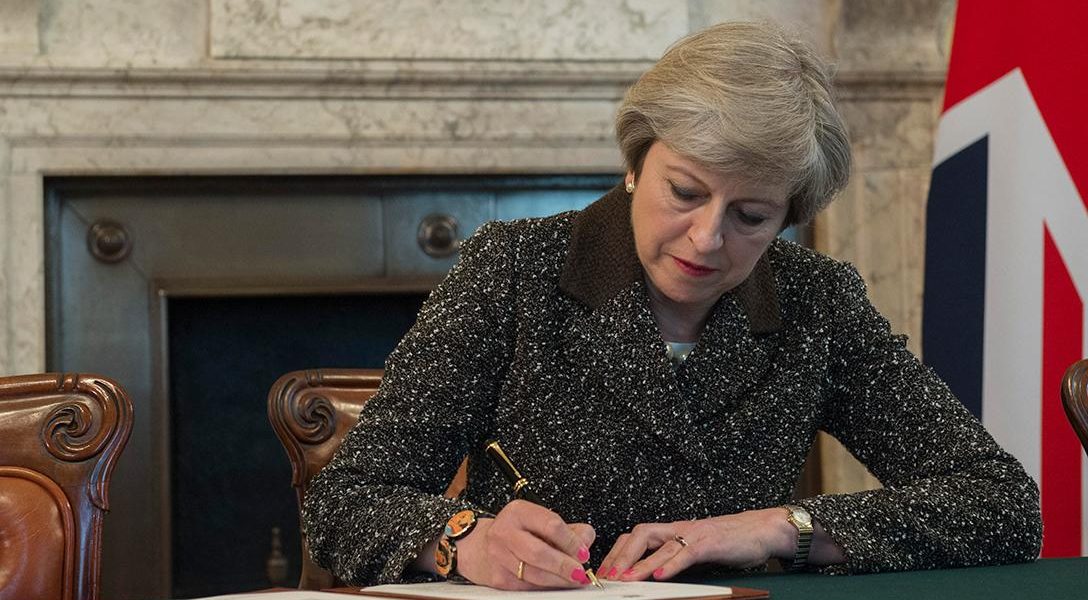 Theresa May Risks Peace in Northern Ireland to Cling to Power

Could a deal between the UK government and a small party with extremist links jeopardize two decades of peace in Northern Ireland?

After losing its majority in a general election, Prime Minister Theresa May’s Conservative Party can no longer govern without another party. A partnership with Northern Ireland’s Democratic Unionist Party (DUP), which has just 10 members in the UK parliament, would allow May to cling to power.

Former Prime Minister John Major, whose government laid the foundations for the 1998 Good Friday Agreement in Northern Ireland, is urging May to drop her deal with the Unionist Party, calling it a threat to a still “fragile” peace process.

The Good Friday (or Belfast) Agreement put an end to three decades of violence in Northern Ireland between the Protestant unionist majority, committed to remaining in the United Kingdom, and the Catholic nationalist minority, which seeks to unite with Ireland.

The agreement calls for the UK government to maintain “rigorous impartiality.” DUP was the only major political party in Northern Ireland to oppose it.

“The danger is that however much any government tries, they will not be seen to be impartial if they are locked into a parliamentary deal at Westminster with one of the Northern Ireland parties,” said Major.

The announcement of the DUP deal is on hold in the wake of the Grenfell Tower blaze in west London. In response to questions about the risks of a DUP-Tory alliance, May told reporters on Tuesday that the UK government remains “absolutely steadfast” in its commitment to the Belfast and other peace agreements. On Thursday, she met with Gerry Adams, leader of Northern Ireland’s republican Irish Sinn Féin party, to discuss the deal he says could “prove to be reckless.”

We told the British PM that her govt is in default of the Good Friday. It also needs to ensure that any arrangement with the DUP Is public pic.twitter.com/usdPwKPF8E

The timing of the Tory-DUP talks could hardly be worse for Northern Ireland. Its local government, the Stormont Assembly, has not been operational for months. A power sharing agreement collapsed early in the year in the wake of an alleged financial scandal involving DUP leader Arlene Foster. Elections in March failed to resolve the deadlock. Northern Ireland could now actually return to direct rule from London by a government that includes the Unionist Party.

The Good Friday Peace Agreement didn’t put an end to paramilitary groups. One of them might have been responsible for a killing a month ago. Some of these groups backed Unionist Party MPs in this month’s general election, including Sammy Wilson, who chaired the first meeting of loyalist paramilitary Ulster Resistance in November 1986. May has been accusing Labour leader Jeremy Corbyn over the past two years of having ties to “IRA terrorists” and warning he would create a “coalition of chaos” if he became prime minister.

Now that May is joining forces with DUP, she is being trolled relentlessly in parliament, in the press and social media.

To give way to the DUP, to excuse Ulster terrorism, to excuse calls for the death of all Catholics – this is… surreal?

A majority of people in the UK now disagree that May is, as she continuously described herself during the election, a “strong and stable leader.”

"Theresa May is a strong and stable leader":

On Tuesday, Corbyn stood up in the UK parliament’s House of Commons and promised that the Labour will offer “strong and stable leadership in the National Interest” once the “coalition of chaos” with the Unionist Party falls apart.

It’s not only the prospect of restarting Northern Ireland’s bloody “Troubles” that makes the partnership with the DUP alarming to so many people in the UK, whatever their political position. It’s also the party’s ultra-religious agenda.

It’s thanks to the DUP that abortion is illegal in Northern Ireland, even in cases of rape or incest, unless it is to save the mother’s life.

The party’s late founder Ian Paisley campaigned to criminalize homosexuality and “save Ulster from sodomy.”

The above-mentioned Sammy Wilson, who has served as DUP’s environment minister, welcomed Trump’s decision to withdraw the US from the Paris Agreement on climate change (“very wise”), which he describes as a “delusion” on his website. Since party leaders see no reason to address climate change, Northern Ireland is the only UK region that has no legislation to cut carbon emissions. May’s dealmaking with DUP has unleashed a wave of outrage in a country where a majority of voters, having just cast a ballot, want an alliance of progressive parties.

The #DUP is stuffed with climate change deniers, homophobes and misogynists. May’s alliance is a dishonourable coalition of chaos.

Tories have denied that DUP is trying to push its conservative agenda on the rest of the UK and say DUP’s main demand is for more spending for Northern Ireland.

But there are already signs that the Unionist Party is having an influence on policy. May has appointed DUP MP David Lidington as Justice Secretary. He has a long record of voting against gay rights in parliament including the right of same-sex couples to marry. He has also voted to repeal the Human Rights Act.

It’s not clear how DUP will influence the big and overriding issue of Brexit. Negotiations on Britain’s departure from the European Union are scheduled to begin next week.

Theresa May’s partnership with DUP makes it less likely that she will opt for a “hard” Brexit — simply pulling the UK out of the European Union with no deal. DUP is pro-Brexit, unlike the majority of Northern Irish that voted to remain in the EU in last year’s referendum, but still supports a “frictionless border” in its manifesto. Under Brexit, Ireland’s land border will suddenly become an international frontier between the Republic of Ireland inside the European Union and Northern Ireland, which will exit along with the UK.

In an editorial, the Irish News calls on May to explain “her plans for the line on a map which not only divides Ireland but is also scheduled to separate a vibrant EU from a confused and retreating UK.”

One of the risks of the DUP deal for May is that the quality of her judgment will remain in question as the Unionist Party comes under renewed scrutiny. There could be new revelations about the party’s links to paramilitary gangs or dubious campaign donations.

DUP leader Arlene Foster was re-elected to Northern Ireland’s Assembly in March in the face of calls her resignation over a biofuel scheme that paid out subsidies greater than the price of fuel. The cost to taxpayers is a staggering half a billion pounds.

Stranger still is the evidence that the Unionist Party served as a conduit for dark money donors during the Brexit referendum. In fact, the DUP has long managed to keep the sources of its funding secret.

Despite May’s loss of authority, most Tory MPs still back her partnership with DUP, at least for the time being, because another election could cost them their seats.

Given the surge of support for Labour, calling another general election now would probably make Corbyn prime minister.