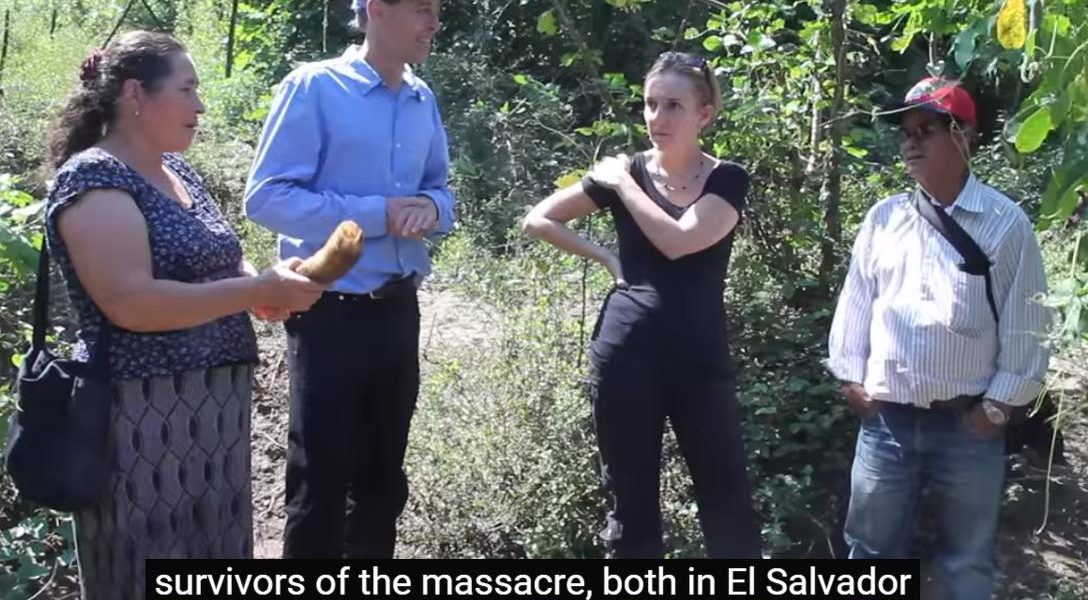 The Curious Case of the Stolen CIA Files

Who is trying to sabotage efforts to get to the bottom of human rights abuses in El Salvador — abuses that likely have a US connection?

A break-in targeting information about a lawsuit against the CIA is the latest in a string of apparently related thefts, data breaches and armed attacks against human rights workers who are investigating abuses committed during El Salvador’s bloody civil war in the 1980s.

Most recently, an unknown party broke into the office of Angelina Godoy, director of the University of Washington’s Center for Human Rights(CHR), and stole her computer and hard drive. These contained sensitive information and testimony regarding the Center’s ongoing investigations into human rights violations in El Salvador.

The hard drive also contained information about a lawsuit against the CIA that the CHR filed a few weeks before the theft. The suit alleges that the CIA — citing national security reasons — illegally withheld documents from CHR regarding US involvement in the country’s 12-year civil war.

The lawsuit also requests documents regarding Col. Sigifredo Ochoa Perez, a Salvadoran commander trained by US forces at the School of the Americas. Perez, who was a member of the country’s parliament until retiring earlier this year, is accused of leading a notoriously brutal government brigade responsible for two massacres of unarmed civilians, in 1981 and 1982. He is currently under investigation by Salvadoran authorities for his role in those massacres.

There were no signs of forced entry into Godoy’s office, no other valuables were taken, and the thieves didn’t take anything from other offices near the break-in site. While the CHR and UW Police can’t rule out common crime, the timing is suspicious.

UW Police Major Steve Rittereiser told WhoWhatWhy that university authorities have turned up no leads or suspects, and that the investigation has been closed, pending new evidence.

Caption: This video was shot a few weeks prior to the break-in

The UW break-in is only the latest incident in which human rights advocates focusing on El Salvador were apparently targeted. In November 2013, a group of armed men attacked the offices of Pro-Busqueda, an El Salvadoran group that reunites children separated from their families during the civil war. The attackers bound a guard, stole computers and doused about 80 percent of the group’s paper files in gasoline before setting them on fire. The attack came two days before the 24th anniversary of the murder of six Jesuit priests who were studying in the country.

The month before, the Roman Catholic church in El Salvador suddenly closed its legal aid office known for investigating and denouncing war crimes committed during the civil war. The move drew criticism from international human rights groups, as thousands of records of “disappeared” Salvadorans and other human rights victims were no longer accessible. Some members of the Salvadoran media speculate the law clinic was closed due to political pressure on the church.

Human rights workers in El Salvador also face hostility in their everyday lives. In a brief to the UN Human Rights Council, an international group called Front Line Defenders claims that activists, journalists and other human rights workers are regularly harassed and defamed by Salvadoran authorities.

Late last month, Salvadoran human rights lawyer Teresa Naves said she had been followed for more than a week by an unidentified man on motorcycle. This harassment began after a hearing on a case she is bringing against former president Francisco Guillermo Flores Perez. Perez fled the country after being charged with embezzling millions of dollars in donations from Taiwan that were intended to help victims of the 2001 earthquakes.

Naves also claimed that since early November another man had been following her, occasionally shining a laser pointer at her forehead to simulate her being targeted by a sniper. Naves works for the Study Foundation for the Application of the Law, a Salvadoran human rights group bringing the lawsuit against Perez.

Along with threats and attacks, human rights workers investigating abuses in El Salvador are often hindered by a 1993 law that protects both government and rebel leaders from criminal prosecution for their actions during the 1980s civil war. The Inter-American Court for Human Rights has chided Salvadoran authorities for using the law to impede investigations into human rights abuses. Several challenges to the law are currently being heard in the Salvadoran justice system.