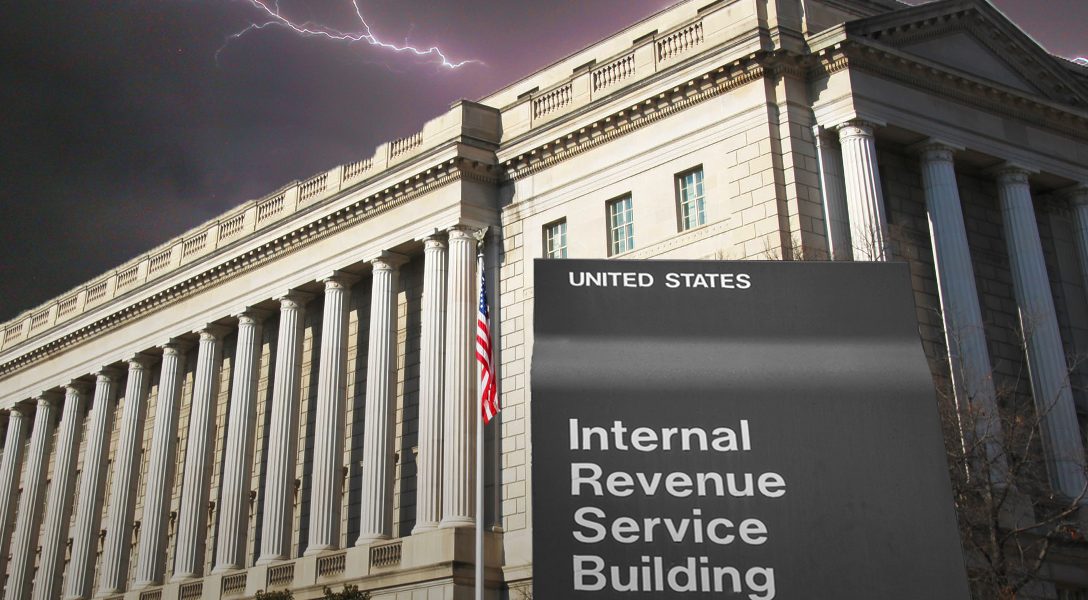 We are in the early stages of a likely revolt against “the Establishment.”1 Small wonder. Because of government policies for the last 50 years, essentially the entire growth in GDP has gone to the top 1 percent. And primarily to the top 0.01 percent, aka the “plutocrats.”

As middle class voters understand how badly they have been treated economically, they’re likely to demand changes similar in scale to those of the 1890s or the 1930s2 — unless government policies are changed soon.

The consensus among political commentators is that one of the key factors in Donald Trump’s election is that he captured the resentment of a significant portion of the middle class who felt their economic and social concerns were being ignored by the Establishment3 —  epitomized by Hillary Clinton, who was seen as spending too much time in the Washington bubble.

Many voters understood instinctively that the Establishment was far more concerned about the welfare of the plutocrats (including liberal plutocrats) who funded their campaigns than about the average middle class voter. As Anthony Downs pointed out in his book An Economic Theory of Democracy, rational politicians will do whatever is necessary to maximize the number of votes they get, which means they will vote the way their constituents want on the few issues that attract public attention — while voting to please their campaign contributors the rest of the time.

Trump’s Tax Cuts and Jobs Act (TCJA) may be the furthest swing of the pendulum toward the plutocrats, and may trigger a middle class voter backlash against the Establishment. But before we get to that, it’s worth examining the evidence supporting the assertion that government policies, most recently the TCJA, have shifted almost all of the GDP growth to the top 1 percent.

Income Shift to the Top 1%

Writing in the May 2018 Quarterly Journal of Economics, one of the premier peer-reviewed economic publications, Thomas Piketty, Emmanuel Saez, and Gabriel Zucman found:

For the graphically inclined, here’s a chart showing the dramatic shift in income: Why the TCJA May Trigger the Revolt

Enacting TCJA was like building a dam in the dark to benefit a very small sector of the economy — and to the detriment of almost everyone else.

Once the rest of the population realizes what’s happened to them, they would be justified in taking action to defend their own interests. The danger is that any action taken without thinking through the long-term consequences may only make things worse.

The TCJA is based on false premises, and is incredibly complicated and riddled with errors because it was drafted without any public hearings7 and jammed through Congress on a party-line vote. Perhaps the bill was so badly drafted because the experts at Treasury were not involved.

Let’s examine the key underlying assumption: TCJA’s tax cuts will pay for themselves.

That’s a theological argument, unsupported by any evidence.9 In fact, it is contrary to all available evidence. For example, in 2012, Gov. Sam Brownback (R-KS) signed a bill that cut Kansas’s top tax rate, and exempted pass-through business income from taxation, promising that the bill would spur investment in Kansas and pay for itself. (A pass-through entity’s income is not taxed at the corporate level — it is only taxed at the individual owners’ level.)

That shift significantly increased the tax revenue loss.11 The tax package reduced state revenue by nearly $700 million a year, a drop of about 8 percent from 2013 to 2016, forcing officials to shorten school years, delay highway repairs, and reduce aid to the poor.

The budget deficit and the flight of industry to other states with better education and infrastructure finally forced the legislature to repeal Brownback’s plan and impose a tax on pass-throughs.12 Brownback resigned as governor and became our “ambassador at large for international religious freedom” in January of 2018.

Despite the expressed belief by its sponsors that TCJA tax cuts would pay for themselves by increased economic activity, the evidence so far is that this is not so.

All that TCJA has accomplished is to provide massive tax cuts for the very rich, massive increased budget deficits, massive increased incentives to move jobs and profits offshore — and minimally increased investment in productivity, because the economy was already operating at or near full employment.

It’s worth examining each of these failures.

Massive Tax Cut for the Rich, But Not for Workers: According to the Tax Policy Center, by 2027 more than 53 percent of Americans would pay more in taxes while 82.9 percent of the TCJA’s benefit would go to the top 1 percent.13 Put another way, by the end of 2025 tax cuts since 2001 will grow to $10.6 trillion. Nearly $2 trillion of this amount will have gone to the richest 1 percent. By then, the total impact on the deficit will be $13.6 trillion, including interest payments.14 But it gets worse.

Corporate Tax Cuts Benefit the Rich, Not Productivity: According to proponents of the TCJA, cutting the corporate tax rate from 35 percent — which almost no companies actually paid — to 21 percent would increase investments in productivity, leading to increases in wages. But what actually happened?

As predicted by most economists, there was a significant increase in stock buybacks, which prop up stock prices,15 and in income for executives.16 In 2018 stock buybacks totaled over $1 trillion, most of which went to the very rich, who can convert ordinary income into capital gains by selling stock.17

Interestingly, those buybacks have really only maintained the price of the stocks.18 Very little of the tax cuts has gone into productive investments or paying down debt which, for about one-third of multinational companies, increased to $5 of debt for every $1 of earnings. As a result. these companies face a significantly increased risk of failure from an interest-rate increase, or a recession, or a trade war, according to Steven Pearlstein’s analysis in the Washington Post.19 President Donald Trump delivers remarks at an event for the Tax Cuts and Jobs Act on December 20, 2017. Photo credit: The White House / YouTube

For the average worker, wage gains (2.7 percent) have been exceeded by inflation (2.9 percent) since the beginning of 2018,21 despite the historically low unemployment rate of 3.9 percent.22 But what about the benefits the workers were supposed to get from the TCJA?

TCJA Increased the Deficit Dramatically: Although politicians like to hand out tax cuts or subsidies because of their immediate impact, they are rarely concerned with the long-term consequences — since it’s the children or grandchildren of their constituents who will have to pay for them, long after the politicians have left office.

There is little evidence that TCJA’s tax cuts have improved the economy, since it was already operating at full employment levels.24 Unfortunately, the approximately $1.4 trillion increase in the deficit caused by the tax cuts and increased spending by Congress will be felt primarily by the middle class.

After TCJA narrowly passed Congress, Republican leadership “discovered” the deficit it created and trotted out their old proposals to solve the deficit by cutting social spending like Medicare and Social Security,25 thereby increasing the burden on the middle class.26 The deficit increased by 21 percent in the first 10 months of 2018 fiscal year.27

Both the Office of Management and Budget (OMB) and the Congressional Budget Office (CBO) have predicted dire results for the economy from the budget deficit.

OMB has projected a 2018 budget deficit of $779 billion.28 And, the CBO projects the deficit will raise from 78 percent of GDP in 2018 to 118 percent in 2038.29 In order to reduce the ratio of debt to GDP to the current 78 percent in 15 years, Congress would have to raise taxes and/or cut spending by $340 billion, or about $1,000 per person, in 2019, and continue to do so for each succeeding year.30 Economists are also concerned that by increasing the deficit we are limiting our ability to fight recessions — or worse — in the future.

TCJA’s Impact on Job Creation: This is likely to be principally among accountants and lawyers who struggle to interpret its complex provisions.31 Congress decided to lower the tax rate for pass-through income, which it didn’t really define coherently, by allowing sole proprietors and owners of some pass-through businesses to deduct 20 percent of business-related income so that only 80% of their income was taxable.

Lawyers and doctors can’t get the tax reduction on pass-through income but real estate developers can. Why? Because the law says so. Is there a rational justification for such a decision? None that is apparent, but the IRS’s proposed regulations for Section 199A — the pass-through income provision in the TCJA — do give an idea of the complexity and cost of implementing such a provision.

The proposed regulations are 184 pages long and estimate the compliance cost to businesses will be about $1.3 billion.32 A quick review of articles in Tax Notes shows how many questions remain about the applicability of pass-throughs to various businesses. But those with incomes of $500,000 to $1 million or more will be the principal beneficiaries.33

A little knowledge of what happened in Kansas when pass-throughs were not taxed should have alerted Congress to the many problems they created. But, because this was drafted behind closed doors, we will never know the real reason they decided the complexity and cost of granting tax benefits to pass-throughs were justified.

TCJA Encourages the Shift of Jobs and Profits Offshore: Despite the rhetoric about encouraging “American” multinational corporations34 to compete against “foreign” multinationals, the real effect of allowing multinationals to avoid taxes on profits they declare they “earned” offshore is to encourage them to shift their profits and jobs offshore.35

Although the act does include some alleged constraints on abusing this privilege — euphemistically called “global intangible low-taxed income” (GILTI) — they are so complex36 that the already understaffed IRS will be unable to effectively police them.37

In Part 2, Martin Lobel discusses how to prevent a taxpayer revolt.