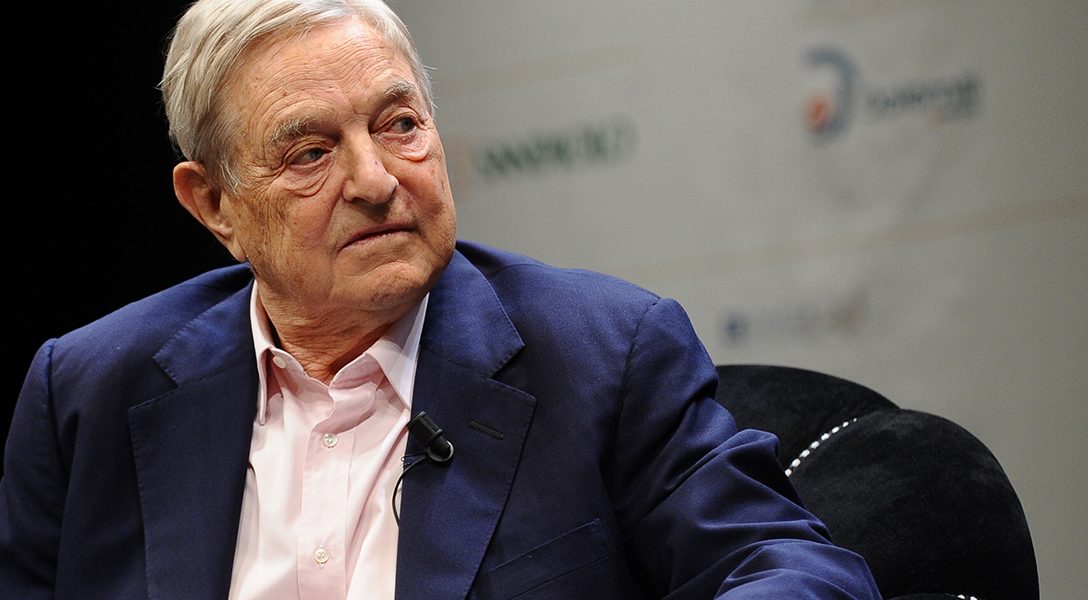 For whistleblowers, it’s the Emmys, the Grammys, and the Oscars rolled into one. The Ridenhour Prizes mark the one time each year that they and their supporters are celebrated for their important and often dangerous work.

The ceremony, founded in 2003 and held in Washington at the National Press Club, also honors journalists — but is rarely covered by the media.

Named after Ron Ridenhour — a Vietnam veteran who became an investigative reporter — the event honors those individuals who “persevere in acts of truth-telling that protect the public interest, promote social justice,” or advance “a more just vision of society.” Ridenhour was the first person to publicly disclose the My Lai massacre, which he did by writing a letter to Congress based on the testimony of witnesses and participants.

While this year’s event saluted the value of journalism to amplify the work of whistleblowers and reformers, many speakers also made clear that journalism itself is limited, in both its attention span and influence.

Ridenhour himself felt little had changed after My Lai was exposed. Lt. William Calley, who had ordered the murders, was the only soldier convicted of the indiscriminate killing of men, women, and children in the Vietnamese village. President Richard Nixon reduced Calley’s sentence. He was under house arrest for three years.

And while his My Lai exposé ultimately earned other reporters journalism prizes, Ridenhour’s own reporting career was largely confined to alternative newsweeklies, like the Phoenix New Times. “The mainstream media was not interested” in the stories he wanted to pursue, former New Times editor Geoffrey F.X. O’Connell told WhoWhatWhy.

Those who gave the awards, and those who accepted them, also recognized that their efforts to speak truth to power had a limited impact on the world.

Even having a fortune worth billions doesn’t guarantee success.

For decades, philanthropist George Soros has invested millions of dollars in his Open Society Foundations, which support democratic and human rights initiatives across the globe. After successfully encouraging democratic reforms in Europe and elsewhere, Soros now is bucking new political leaders who are preaching nationalism, assuming dictatorial powers, and silencing critics.

Soros, the 88-year-old activist and recipient of this year’s Ridenhour courage award, is still willing to take on repression, but he was frank in his assessment of the current state of affairs.

“What is most gratifying to me is your timing,” Soros said with a small smile and a shrug, referring to his current profile in his native Hungary. “[T]he government of [Prime Minister] Viktor Orban has turned me into this supervillain of an alleged plot to destroy the supposedly Christian identity of the Hungarian nation,” he charged.

Soros added, however, that he wasn’t in danger from Orban’s attacks, the way the activists he supports are. “I don’t live in Budapest,” he said. For example, Marta Pardavi, co-chair of the Hungarian Helsinki committee, has to “live with this kind of vilification and orchestrated hostility every day” because of her work “to protect the legal rights of migrants and refugees,” Soros said.

In Turkey, Soros grantee and “close friend,” Osman Kavala, “and 15 other people associated with our foundation” were recently indicted for their alleged role in “the peaceful protests” in Gezi Park in 2013, Soros said. “I fear that the prosecution will ask for life sentences.”

In Brazil, another “friend” of the Open Society Foundations, human rights advocate Marielle Franco was murdered in 2018, Soros noted. “She was raised in the favelas of Rio and became an activist and local politician who spoke out for the city’s poor black communities. She was 38.”

Her murder happened “before the election of [Jair] Bolsonaro, who joins today’s gathering of would-be dictators. He’s a great admirer of President Trump,” Soros added.

“Yet people we work with … keep challenging the entrenched structure of political power. It is of great importance for my foundations,” he said, that advocates trying to address the globe’s problems “continue to raise their voices in spite of the mortal danger they face.” Soros said he was donating his Ridenhour prize money to the Hungarian Spectrum, an online English-language news site reporting on Hungarian politics. “It renders an important service by exposing to the world what Orban is telling his own people. It deserves to be better known and supported.”

But while Soros praised the power of journalism to expose misdeeds, documentary filmmaker Alexandria Bombach expressed an acute awareness of journalism’s limitations and its ability to exploit its subjects.

Her film On Her Shoulders follows Yazidi activist Nadia Murad in her desperate effort to focus the world’s attention on the plight of the Yazidi people. The Yazidis are a religious sect whom ISIS considers infidels. Beginning in 2014, thousands were killed when ISIS took over portions of Syria and Iraq, and women and girls were bought and sold as sex slaves. Many Yazidis remain in refugee camps. Others are missing.

Murad and her team “were saying ‘yes’ to every single type of media outlet, every interview, every meeting, every testimony,” Bombach said. They agreed to be followed for a documentary because “they felt they had no other choice.”

Following Murad around as she told “over and over and over” the story of her own sexual assault “raised a very uncomfortable question,” Bombach said. “How have we … become comfortable with a 23-year-old woman who had already survived the worst atrocities imaginable having to continuously beg the world to help her people?”

In the film, Bombach said, Murad expresses the wish that “the news media ask her less about the details of the sexual violence she endured and more about what can be done for the Yazidis. We celebrate her strength and resilience. We give her awards. [Murad won the Nobel Peace prize in 2018.] We ask her yet again to tell her story. To relive it… to what end? So little has been done.”

So little, too, has been done to address the problems of rural Americans, whose livelihoods are dependent on the very industries that make them sick. Eliza Griswold’s book, Amity and Prosperity: One Family and the Fracturing of America, explores issues that do not receive much media attention. Nevertheless, she said, “to witness … the ramping up of fracking in America is pretty terrifying… This is getting bigger and it’s getting bigger fast.”

But, she said, the story rarely makes it to “our front pages because it’s a hard story to tell, the industry controls the information, it controls the science.”

Griswold immersed herself in rural Pennsylvania to tell a complicated story, not just “a story of fracking and a decade-long boom,” she said, but one of exploitation: — “how rural Americans have paid for the energy appetites of urban Americans for more than a century.”

The family profiled in her book depends on the fossil fuel sector for its livelihood, but comes to understand how that industry has harmed them. Griswold spent seven years following Stacey Haney, a single mother who agreed to let an oil company frack on her land, whose family began to feel the impacts on their health and the health of their neighbors.

Haney repeatedly tried to get help from both the company and the state government (then led by a Democratic governor) to get better regulations of industry practices and testing of the local water supply. Every private and public entity the family reached out to, Griswold said, failed them.

Her book, she said, revolves around Haney’s son, then a 14-year-old whose many medical problems included arsenic poisoning. “He feels that the world is against them because this industry has ruined his life.”

“What is he doing now? He’s working for a pipeline company because that’s the only job that he can find,” Griswold said.

In communities where extractive fuel industries have operated for a long time, ideas like the Green New Deal are “terrifying,” and seen as “unpatriotic,” Griswold said. She urged her audience to find ways to listen to these fears before 2020.

‘Such a Cruel Place’

Two physicians and an attorney who advised the Department of Homeland Security on family detention were honored with the prize for truth-telling.

Doctors Scott Allen and Pamela McPherson inspected family detention facilities between 2014 and 2018 as experts for DHS, documenting how federal officials in both the Obama and Trump administrations had failed to adequately treat the children in their care.

In 2014, the physicians’ complaints resulted in the closure of a detention center in Artesia, New Mexico.

But the maltreatment of children did not stop. When the two physicians had exhausted all their efforts to warn DHS, they reported their findings to members of the US Senate, in 2018.

Attorney Scott Shuchart quit his job as an adviser to the DHS Office of Civil Rights and Civil Liberties last October, after failing to convince his bosses that family separation was illegal.

In words appropriate to a truth-teller he exposed the administration’s family separation for what it was: “Senior members of this administration hoped that by further traumatizing these people” by separating them from their children, “word would spread that this country is such a cruel place that no one should come to ask [us for] protection,” Shuchart said.

All three DHS whistleblowers appreciated media attention to family detention and family separation. But they made clear that the wrongs they had exposed had not been stopped. “Children and their families remain in harm’s way through the actions the government is taking in our names,” Allen warned.

“Journalists are our champions now more than ever,” McPherson said. She urged reporters to keep using “your voice, your pen, your camera” to “speak for children having a childhood.”

On the brink of tears, she added: “Sometimes it feels like America has lost its soul.”