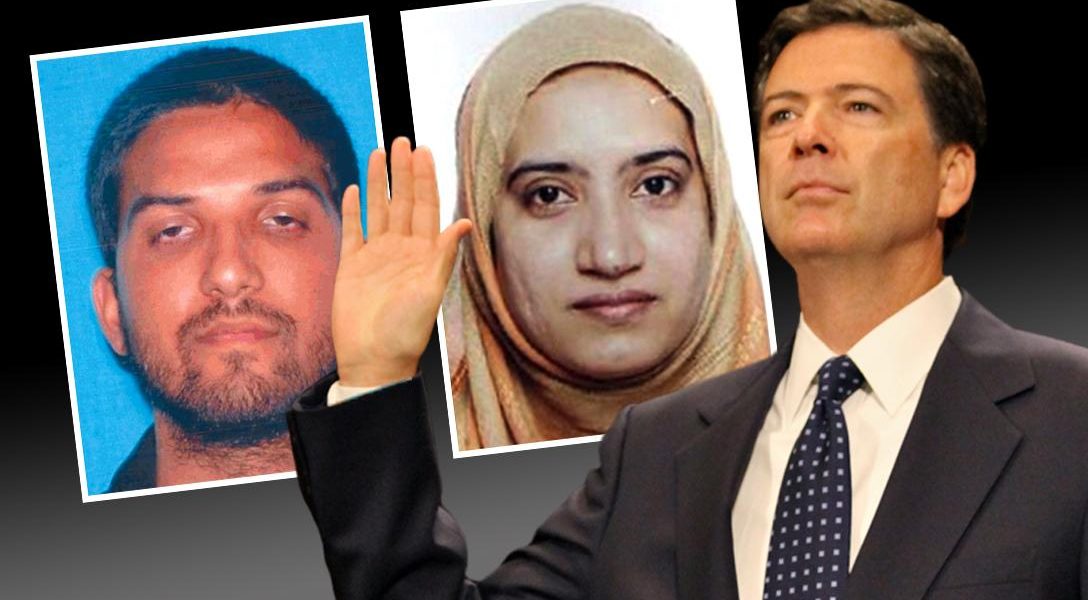 San Bernardino: What Did Gov Know About Shooters?

It’s starting to look like there are some eerie parallels between the San Bernardino shooting and the 2013 Boston Marathon bombing.

After the Boston bombing, authorities were quick to deny any previous knowledge of the men they identified as the bombers. Then, over time, the public learned that — oops — maybe law enforcement did know significantly more than they initially let on.

After the San Bernardino suspects died in a hail of bullets, federal and local law enforcement officials alike claimed to have had no previous interaction with or interest in Syed Farook or his wife, Tashfeen Malik, at any time before last week’s attack, which killed 14 and wounded 21 others.

Now that story may be changing.

James Comey, director of the FBI, faced questions from reporters soon after about possible “intelligence failures” concerning the Farooks.

“Folks have focused on reports,” Comey said at a media briefing in Washington, “that at least one of the killers was in contact with subjects of FBI investigations. I would urge you not to make too much of that. There were no contacts between either of the killers and subjects of our investigations that were of such significance that it raised them on to our radar screen.”

However, two different anonymous law enforcement officials told CNN that Farook was in the social circle of Sohiel Kabir, an individual who has been sentenced to 25 years in prison for his role in recruiting others for a 2012 plot to attack US soldiers in Afghanistan.

Interestingly, that’s around the same time Farook was allegedly planning an earlier terrorist attack in California — an attack he decided not to go through with, according to his longtime friend, Enrique Marquez.

Law enforcement officials have identified Marquez as the man who purchased the two AR-15 assault rifles used in the San Bernardino shooting. Marquez claims to have had no prior knowledge of this latest attack.

Why the FBI didn’t look more closely at Farook, who was socializing with individuals under investigation for terrorist activity, is unclear.

Additionally, recorded radio conversations between responding police and the dispatcher immediately after the shooting suggest that Farook was known to law enforcement.

As reported in The Weekly Standard, upon hearing Farook’s name, at least some of the officers involved were under the impression that Farook had been investigated the week prior to the shooting.

According to information obtained by Inside Edition, police interest in Farook stemmed from the suspicion that he was casing a high-rise building in Los Angeles.

If local law enforcement did indeed suspect Farook of casing possible targets in downtown Los Angeles, it’s hard to believe information like that would not be passed on to the FBI.

We have seen this step-by-step walking back of institutional denials before. As noted above, the FBI initially denied knowing anything about the Boston Marathon bombers until Russian authorities revealed, soon after the bombing, that they had warned the FBI and the CIA about Tamerlan Tsarnaev two years earlier.

Then, in testimony to Congress, former director Robert Mueller revealed that Tamerlan Tsarnaev had in fact been known to the FBI from two different investigations conducted before Russia brought him to the Bureau’s attention.

So, is the FBI’s assertion that it knew nothing about Farook before the San Bernardino shooting just a case of reflexive institutional self-protection?

Or is this another attempt to keep from the public the likelihood that, in the tangled web of the FBI’s counterterrorism effort — the tens of thousands of paid informants, provocateurs, agents, and possibly even double agents — things sometimes go terribly, tragically wrong?