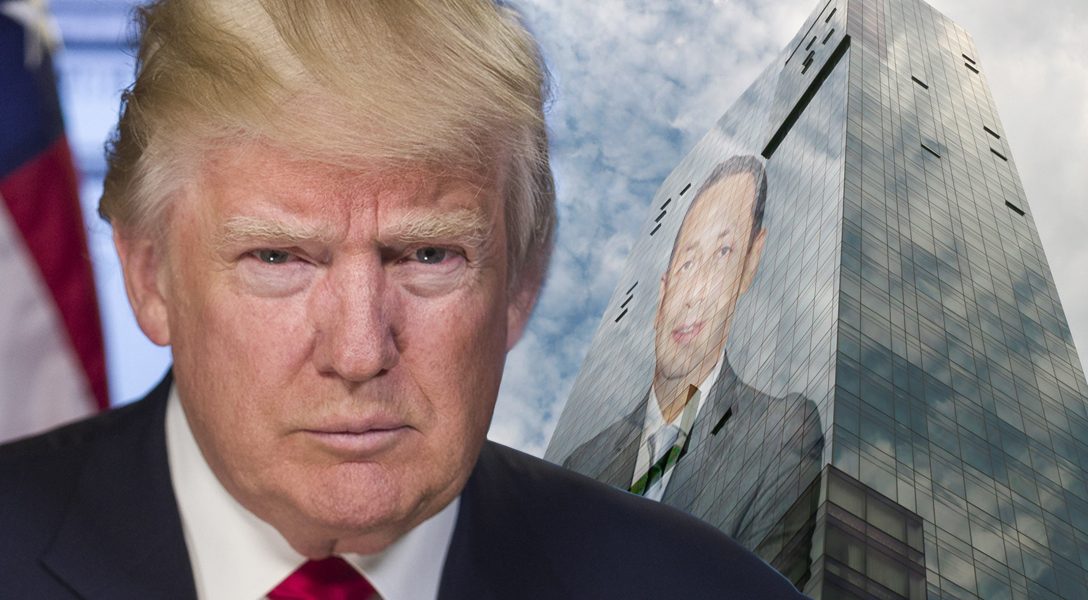 New revelations show that Donald Trump’s path to the presidency might have been much more difficult — if a panel of judges had acted differently in 2011.

Documents released by a federal appeals court in Manhattan on Friday, March 9, but thus far not reported, demonstrate that a panel of judges in 2011 blocked the release of extremely damaging information about then real estate mogul Donald Trump to the late Village Voice reporter Wayne Barrett, who was then working for the Daily Beast.

Those documents, if they had been released at the time, would have shown that Trump was accepting financing from a company that was headed by a convicted felon. Doing so knowingly is criminal fraud under federal banking laws.

The felon was Felix Sater, who has in recent months become a constant figure in the media limelight. However, the real import of Sater, and who knew what about him, was lost for years as a result of that 2011 court decision, and benefited Trump’s chances tremendously.

Related: Everything You Need to Know About Felix Sater

Those documents came from a lawsuit brought by New York lawyer Frederick Oberlander against Bayrock Group LLC, (10 cv. 03959). It charged that the firm, which funded Trump-licensed projects such as Trump SoHo as well as projects in Ft. Lauderdale, FL, and Phoenix, AZ, was receiving funding from a company which had Felix Sater as a concealed partner.

Sater had been convicted of two felonies, one involving assault and the other a $40 million stock scam. Sater had also worked closely with Donald Trump on real estate projects prior to his election, and even carried a business card identifying himself as a “senior advisor” to the Trump organization. He also reportedly had ties to the Russian mob.

Oberlander was represented by Richard Lerner, who at the time was a partner at the well-known insurance law firm, Wilson Elser in White Plains, NY. He was ousted from his firm when he refused to abandon Oberlander as his client.

Oberlander had been the subject of an injunction issued by the Manhattan-based US Court of Appeals for the Second Circuit because he had used confidential information from Sater’s criminal file in mounting the lawsuit against Bayrock. After pleading guilty to the stock scam, Sater became a government cooperator and in return his criminal file was sealed, making it inaccessible to the public.

Sater was a partner, with an interest of as much as 63 percent, according to internal Bayrock documents cited in the lawsuit. Further, Sater’s interest as a partner was hidden by casting him as a lender — who was being repaid as much as $5 million that he had purportedly “loaned” the company.

Most tellingly, the lawsuit quoted from an email questioning whether hiding Sater’s criminal past was “breach of our soho lender reps.” (“Reps” is shorthand for legally required representations of material facts. The SoHo lender was Istar, which had loaned $275 million to develop Trump SoHo, a combined condominium/hotel.)

A timeline of critical events in 2007 reveals that Trump was indeed aware of Sater’s criminal past and that Sater was an equity partner in Bayrock:

The documents were released last week, pursuant to an order issued by Southern District Judge Pamela K. Chen, (Second Cir. 10-2905, doc. #259, 262, 266 and 269). Those documents revealed that when Oberlander and Lerner requested permission to speak to a Newsweek reporter, their request was denied (#269).

In an interview with WhoWhatWhy, Lerner identified the “Newsweek” reporter as Barrett, noting that at the time he was working for the Daily Beast, which was Newsweek’s online outlet. Barrett passed away in 2017.

The motion that won the release of the documents was brought by Forbes, which is represented by John Langford, a staff lawyer at the Yale Law School Media Access and Information Access legal clinic. Forbes’s motion is supported by a group of amici that includes both WhoWhatWhy and the author. Other amici are David Cay Johnston of DCReport, investigative reporter/ lawyer James Henry, BBC, the Dutch tv program Zembla, and The American Interest. The amici group is represented by Henry R. Kaufman, a Manhattan-based First Amendment lawyer, who was previously general counsel to the organization now known as the Media Law Resource Center.

Editors’ correction 3/21/2018, 3:03 pm eastern: This article originally stated that Forbes was represented by Jay Ward Brown, a partner at Levine Sullivan Koch & Schultz in Washington, D.C.  We have since learned that Brown was local counsel only; the lead attorney was John Langford.