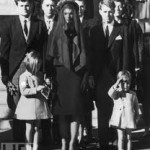 Bravo to the The New York Times for publishing Adam Hochschild’s January 17 op-ed, An Assassination’s Long Shadow. The piece marked the 50th anniversary of an event long forgotten in the United States: the U.S.-sponsored removal and murder of a democratically elected leader in Africa. Three days after the murder, our own democratically elected leader—one who would meet a similar fate—was sworn in as the 35th President of the United States.

Hochschild’s article concerns the 1961 assassination of Patrice Lumumba, the first prime minister elected in a country newly independent of Belgian rule, which is now known as the Democratic Republic of the Congo. The opinion piece runs two pages online, and concerns a tragic event that took place half a century ago, on a continent that rarely makes headlines in this country, and it reveals dark and shameful truths about U.S. foreign policy—hardly the sort of story that sells newspapers.

The Times deserves credit not only for granting a story with little popular appeal a coveted position on its op-ed page, but also for allowing the author to make the case that the violence and human suffering that grips the region today resulted in part from the U.S. betrayal of Lumumba fifty years ago.

A Valued Friend with Blood on His Hands Moreover, the author demonstrates that the assassination, which the C.I.A actively supported “with White House approval,” made way for the “disastrous, 32-year dictatorship” of one of Lumumba’s captors, Joseph Mobutu. Among the “succession of presidents” who would welcome Mobutu as an ally, Hochschild singles out George H.W. Bush for publicly referring to Mobutu as “one of our most valued friends.”

This arguably avoidable reference to the living patriarch of one of the most powerful political families in America is both striking and heartening. Might the Times at last be willing to challenge the elder Bush concerning a far more explosive subject: the assassination of John F. Kennedy less than three years after Lumumba’s death, in Bush’s home state?

George H.W. Bush: Out of the Loop and into the Twilight Zone

In my book, Family of Secrets, I cite evidence that the elder Bush was deeply involved in C.I.A covert operations during the time in which both assassinations took place.  I document his close ties to mining interests comparable to the ones Lumumba himself had angered—by declaring, as Hochschild recounts, that it was not enough for the Congolese to gain political independence from colonial rule, but that “Africans had to also benefit from the great wealth in their soil.”

More troubling are the many inconsistencies and gaps that I discovered in accounts by Bush and others concerning his activities on and around the day of the assassination, all of which are extensively documented and footnoted. These include:

•    his longtime friendship with George de Mohrenschildt, a mentor and confidant to Lee Harvey Oswald;

•    a declassified FBI memo identifying Bush as a C.I.A officer working with Cuban exiles at the time of the assassination;

•    FBI records documenting a call Bush himself placed to the Bureau on Nov. 22 from a location near Dallas, offering to identify a possible triggerman in the assassination—a man Bush knew far better than he revealed at the time, and who he knew could not have been the triggerman

•     Barbara Bush’s revelation in her 1994 book, Barbara Bush: A Memoir, that the Bushes were having lunch the week of November 22 with Alfred Ulmer, an old friend who, research shows, was one of the C.I.A.’s experts in deposing leaders.

•    Bush’s close relationship with the military intelligence official whose unit and unit members played an astonishing array of roles on November 22, from forcing their way into the lead car of Kennedy’s motorcade to providing the interpreter who framed Marina Oswald’s statements in a way that implicated her husband.

Wondering why you haven’t heard of any of this before? Ask your favorite news media organization.