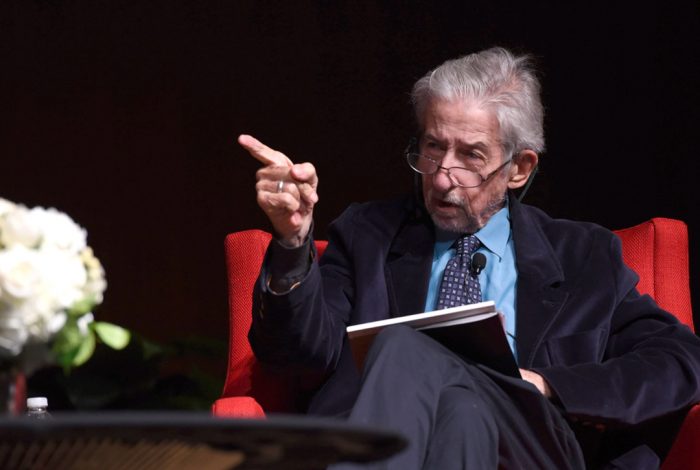 Tom Hayden was one of the most consequential American radicals of the post-World War II era. The author of 20 books on student activism, ending poverty, the folly of our perpetual wars, Irish politics and his own multidimensional life, he was also an elected California state legislator for 18 years; an occasional (unsuccessful) candidate for other (local, state and federal offices); and a husband (of 3 wives) and father (of 3 kids).

An ambitious and often difficult man, he had a knack for aggravating friends and foes alike. I recall a heated argument with him in July 1979 as I prepared the first post-Vietnam war airlift of humanitarian aid to Vietnamese refugees in Malaysia, through what was then called Operation California (now Operation USA). Meeting with Governor Edmund G. (Jerry) Brown, Jr. at the Santa Monica home Tom shared with Jane Fonda, we were arguing about the merits of the Governor and Ms. Fonda’s seeing off our-high-profile relief flight from Los Angeles. Tom’s position was that his and Jane’s opposition to the Vietnam War and his trips to Hanoi for his Indochina Peace Campaign during the war would later become an albatross weighing down everything else he was trying to do here at home; and that Jerry Brown would be wise to avoid any association with anything to do with Vietnam — including helping Vietnamese refugees fleeing the new government in Hanoi. While I won the argument and the Governor and Ms. Fonda saw off our aid flight, Tom was bitter about Vietnam and would face years of conservative attempts to have him expelled from state office during his years in office (from 1982-2000).

I always found Tom to be a compelling speaker whose rhetoric could galvanize a crowd and challenge its preconceptions about alleviating poverty, opposing official action, or in restructuring the imbalanced economic system through both local initiatives (e.g., rent control) or more sweeping technological change (e.g., the widespread application of solar energy).

At the time of his death, Tom supported Hillary Clinton for President despite his own natural affinity for Bernie Sanders’s policy positions — his heart yielding to his increasingly practical political side.

Walden first met Tom Hayden in 1970 after the Chicago 7 Trial when Walden was a student member of the National Lawyers Guild. Walden became a civil rights lawyer and later founder of the nonprofit humanitarian relief organization Operation USA (www.opusa.org). He and Hayden interacted often over the years in Southern California.

In 2015, we interviewed Hayden about changes to come in Cuba. Here are the links to our podcast and to the same interview on YouTube: