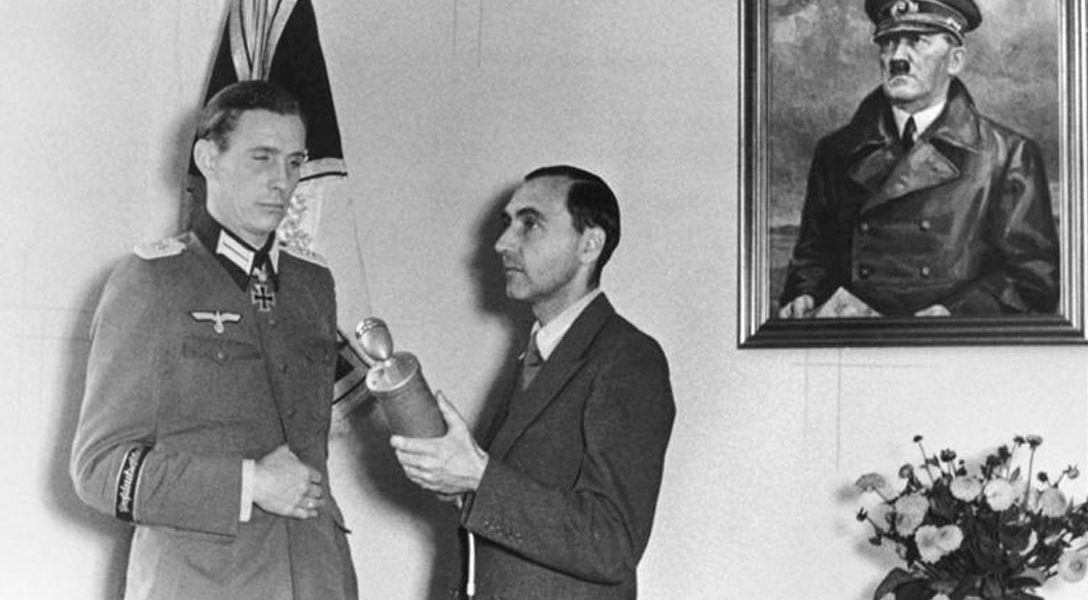 This is Part 2 of our excerpts from Peter Levenda’s astonishing book “The Hitler Legacy.”

A lot has been written about the hidden Nazi networks in Europe and South America. What many investigators have missed, however, is the true extent of this network in the United States. While we have all heard of former concentration camp guards being arrested in America and deported to stand trial abroad, we have not learned of the underground support systems that existed in the United States before the war, and how many individuals offered covert support to war criminals after it.

The Hitler Legacy: The Nazi Cult in Diaspora: How it was Organized, How it was Funded, and Why it Remains a Threat to Global Security in the Age of Terrorism.

“Between 1933 and 1941, at least 120 anti-semitic groups were founded in the United States, and that figure excludes most of the ethnic fascist movements.” — Philip Jenkins, Hoods and Shirts, 1997

The story of Jörg Haider is not an isolated one. Austria has been struggling with Nazi and pro-Nazi groups since long before Anschluss made the land of Mozart and kaffee klatsches a part of the Third Reich. Hitler, after all, had been born and raised in Austria. Many of the Reich’s most notorious and violent Nazis were Austrians, such as Ernst Kaltenbrunner. Haider’s parents had been Nazis in Austria when it was still an illegal political party, risking their liberty and reputations in support of Hitler’s ideology. Revelations in the 1980s concerning Kurt Waldheim’s Nazi past made headlines all over the world, calling into question his role both as the head of the Austrian government as well as his tenure at the United Nations.

And it was in Austria — in the salt mines and underground caverns in and around Salzburg — that the Nazis had planned to make their last stand. And it was from this same region — and specifically the offices of the Counterintelligence Corps (CIC) of the US Army — that men like Klaus Barbie, the “Butcher of Lyon,” were hired to work for American intelligence — before they were aided in their escape to Latin America. Kaltenbrunner, Skorzeny, Hanna Reitsch: these and many other celebrities of the Reich were either captured in Austria, or worked for a time for the CIC in Austria, or both. Travel through the Tyrol to the Italian border was relatively easy and many refugees made it to the Italian town of Bolzano (Bozen), where they awaited papers and funds to make it the rest of the way to Rome or to Genoa, and from there to the ships that would take them to safety.

One of the most famous Nazis to have survived the war relatively intact was General Otto Remer, the man in charge of the clean-up campaign after the failure of Operation Valkyrie: the plot to assassinate Hitler. Remer rounded up the conspirators and had them shot, and for that earned a special place in Hitler’s estimation as a man who could be trusted when all others were suspect.

Remer went on to become involved in post-war Austrian politics for various extreme right-wing parties and was suspected of being involved in a plot to resurrect the Nazi apparatus during the Naumann Affair. He became a sought-after speaker at various ODESSA-like events in Europe, and was even an invited guest at a conference held by Willis Carto’s Liberty Lobby in the United States. An event at which former Nixon speechwriter Pat Buchanan was in attendance.

Otto Remer is one of the links in the chain that connects the Nazis of the Second World War to the right-wing underground in Europe, the United States, the Middle East, and Latin America after the war. He, along with Otto Skorzeny and Hans-Ulrich Rudel, was one of the most visible and unapologetic members of the Reich in the post-war period. His role — and that of his colleagues — is one of the reasons I resist calling this movement “neoNazi.” So many actual Nazis who held rank and privilege during the war were involved in helping the Party apparatus survive after the war; there is nothing “neo” about “neo-Nazism.”

The term ODESSA was popularized by the novelist Frederick Forsyth in his bestseller The ODESSA File and by the movie inspired by the book, starring a young Jon Voight as a German journalist on the trail of the post-war Nazi underground. Aside from an opening sequence that takes place in the Middle East as Israel becomes aware that former Nazi scientists are in Egypt working on missile technology, the action takes place completely in Germany and Austria.

ODESSA thus entered the mainstream consciousness as a catch-all term for any one of several groups of former SS officers and other assorted Nazi war criminals engaged in a kind of secret society of murder and world domination. In fact, as Argentine journalist and investigator Uki Goñi has shown, ODESSA did, in fact, exist and was one of the names given to the extensive escape routes taken by the war criminals out of Germany, through Austria and Italy, to South America: escape routes that were also known as the ratlines.

What many investigators have missed, however, is the true extent of this network in the United States. While we have all heard of former concentration camp guards being arrested in America and deported to stand trial abroad, we have not learned of the underground support systems that existed in the United States before the war, and how many individuals offered covert support to war criminals after the war.

Some of this has been revealed in declassified files of American intelligence agencies, who were complicit in the escape of at least one well-known war criminal — and that of course was Klaus Barbie, the infamous “Butcher of Lyon,” who was eventually discovered in Bolivia and extradited to France to stand trial in the 1980s. We have also heard of Operation Paperclip: the US government’s program of bringing Nazi rocket scientists to America to jumpstart the space program (a military program, it should be remembered, at that time and still under the aegis of the Department of the Army).

But there were other, lesser known, individuals in America who were part of a quiet ODESSA of their own, men and women who believed in the Nazi ideal and who idolized its heroes. Some of these were revealed when an address book belonging to one of the leaders of the real ODESSA was recently declassified (possibly in error, since some of the names in that book are of individuals still alive as this is being written). What is important to understand is that this was not a new, perverse sort of hero-worship that only began when Germany was defeated. Rather it had roots in America long before the war began.

It is easier to understand the post-war Nazi underground if we realize the extent to which there was a pre-war Nazi underground: not only in Europe (principally Germany and Austria) but also in North America, South America, the Middle East and Asia. Many individuals, groups, corporations and politicians were sympathetic not only to Germany’s situation in the aftermath of World War One and the punitive Treaty of Versailles, but also to Germany’s intellectual contribution to discussions (and policy positions) on race, eugenics, and Social Darwinism. The Russian Revolution took place a year before the end of World War One, and the perceived threat of a global Communist movement mobilized right-wing elements across the globe even as it inspired many others.

Editor’s Note: At WhoWhatWhy, we periodically excerpt works of interest. We may not independently verify all claims made or conclusions drawn.