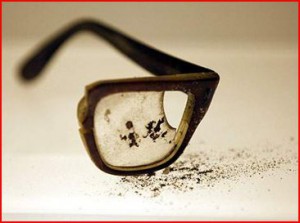 The New York Times has a venerable history of eliding references to any US role in overthrowing governments or murdering foreign leaders. But an article in Thursday’s edition by Times reporter Simon Romero (“Latin America Brings Up Its Dead, Seeking Truth to Help Settle the Past”) raises the censorship bar. Running at over 1200 words, the article describes the exhumation of the remains of the likes of leftist Chilean poet and Nobel Laureate Pablo Neruda, deposed leftist Brazilian Presidents Joao Goulart and Juscelino Kubitschek, ousted Chilean President Salvador Allende Gossens and his predecessor Eduardo Frei Montalva—all of whose deaths are viewed with suspicion by Latin Americans. Yet Romero manages to mention a possible US role only once, and then only indirectly and with reference to a half-century old case —when he notes that Brazil’s elected President Goulart had been ousted from office in a 1964 military coup “supported by the United States.” That is the only reference to the US in the entire article.

Quite remarkably, given the amount that has been exposed over the years about it, Romero mentions the role of a Latin America-wide assassination program called Operation Condor—without once noting that the whole thing was orchestrated or at least encouraged and enabled by the US. Condor was a vast conspiracy that involved the cooperative efforts of the intelligence agencies of all the military dictatorships in the region which, during the 1970s and 1980s, killed as many as 35,000–50,000 people, mostly leftist leaders, labor activists, and opponents of those dictatorships.

This lapse is particularly outrageous given that in years past, even the New York Times itself reported on the intimate role of the US in the creation and operation of Operation Condor.

For example, in a March 6, 2001 article, the NY Times reported on a “recently declassified” US State Department document. It revealed that the US had facilitated communications among South American intelligence agency heads who were busy trying to eliminate left-wing opposition groups in their respective countries.  Part of the program involved going after opposition leaders who had fled coups and were living in neighboring South American countries.

The document in question, a 1978 cable to then US Secretary of State Cyrus Vance from the US ambassador to Paraguay, Robert E. White, was unearthed by Professor J. Patrice McSherry of Long Island University, who called it “another piece of increasingly weighty evidence suggesting that U.S. military and intelligence officials supported and collaborated with Condor as a secret partner or sponsor.”

In this cable, Ambassador White reports on a conversation he had with the chief of staff of Paraguay’s military, General Alejandro Fretes Davalos, who he says informed him that the South American intelligence agencies involved in Operation Condor “keep in touch with one another through a U.S. communications installation in the Panama Canal Zone which covers all of Latin America.”  That communications station, he wrote, was “employed to coordinate intelligence information among the southern cone countries.”

White, in this memo to Vance, expresses a fear that the U.S. role in Operation Condor might be revealed during a then active criminal investigation into the assassination of former Chilean foreign minister Orlando Letelier and an American colleague, Ronni Moffitt—both of whom were killed by an explosive device placed in their vehicle in Washington, D.C.  “It would seem advisable,” writes White, “to review this arrangement to insure that its continuation is in U.S. interest.” Another document discovered at the same time, this one a CIA cable concerning the Brazilian junta’s role in Operation Condor, refers to “Condor-Tel,”  described as the “communications network established by the Condor countries.” It also refers to “European operations” of the Condor countries, which likely involved assassination plots against ousted leaders and activists currently living in asylum there after fleeing their martial-law homelands in Latin America.

The whole approach taken by Times journalist Romero, with the apparent cooperation or perhaps encouragement of the paper’s foreign editors, was to present the current exhumations of important leftist corpses (the ones he cites actually date from between 2004 and 2013) like Neruda’s, Goulart’s, Kubitschek’s and Frei’s—as part of some kind of delightful if arcane Latin American cultural tradition. It was an “exhumation fever,” as he puts it, even going so far as to write, “Scholars say the practice may be the secularized continuation of customs from the time of early Christianity, when a vibrant trade involved the body parts of saints.”

None of these exhumations, however, involve the selling of body parts. They are about looking for evidence that important leftist leaders and political figures, said to have died natural deaths, may have in fact been assassinated in conspiracies that, for the most part, could likely be traced back to the US and the Central Intelligence Agency. Romero mentions none of this. In the case of Chile’s President Frei, for example, who was president of Chile until the election of Marxist Socialist Allende, his death in 1982 had long been officially attributed to complications following an operation for a stomach ailment. But because by that time the retired Christian Democrat had become a sharp critic of martial law under Chilean dictator Augusto Pinochet, the general who had led the coup against Allende, there were always suspicions he had been murdered. In fact, as Romero reports, after his body was exhumed, forensics experts concluded that Frei had been poisoned by small doses of mustard gas and the highly toxic heavy metal element thallium. What Romero doesn’t report is that back in 1982, under President Ronald Reagan and CIA Director William Casey, Operation Condor was in full swing. It is unlikely that Pinochet—largely a US creation and puppet, whose coup in 1973 overthrowing Allende was the handiwork of President Nixon’s National Security Advisor Henry Kissinger—would have had Frei killed on his own, without US permission. (Even when he mentions the 1973 coup in Chile, Romero fails to say a word about the central US role in fomenting it.)

Goulart too, was said to have died of a heart attack back in 1976, when he was living in exile in Argentina. The exhumation of his body is being undertaken to see if he was actually poisoned. While Romero mentions that concern, he fails to mention who the prime suspects would be behind such a murder: Condor and, by extension, the CIA. The New York Times has long censored its coverage of Latin America, particularly when it comes to the covert actions of the US government to undermine popular democracy in what Washington considers to be its “backyard.” But this particular piece by Romero takes that censorship to the level of the absurd.

He even fails to note, in an aside mentioning the recent exhumation of the body of the late Palestine Authority leader Yasser Arafat, who died mysteriously of unknown causes in 2004, that Swiss medical experts had found traces of the rare and highly toxic element Polonium on his clothing. Such a finding, which was published in the respected British medical journal, the Lancet, makes it probable that Arafat was poisoned. Only a limited number of intelligence agencies have ready access to Polonium, among them agencies in the US, USSR and Israel, the latter of which had long made its dislike of Arafat clear, at one point in 2002 threatening to bomb him as he holed up in the badly damaged Palestinian Authority headquarters. It should come as no surprise that Romero, a long-time South American correspondent for the Times who is currently posted to Brazil, would write such an article so blatantly censoring out the history of US covert action in Latin America. Romero also notoriously wrote an absurd scare story, based solely upon Defense Intelligence Agency data, purporting to show that Venezuela was becoming a regional military threat, though as Fairness and Accuracy in Reporting noted, Venezuela’s military at the time was dwarfed by both Colombia’s and Brazil’s and was 1/500th the size of the US military.

To give Romero his due, though, the problem is larger than one reporter. Indeed, transforming the horrific doings of this country into “honey isn’t that fascinating” folkloric excursions is nothing new—and not limited to any one Timesman or woman. Indeed, using “cultural tradition” to explain why anyone would want to exhume popular figures who died under suspicious circumstances is reminiscent of a previous New York Times article in which the author used pseudopsychology, and even neurology, to explain why some people believe in conspiracy. Another example would be the hiring of the popular filmmaker Errol Morris to make the assassination of John F. Kennedy a “delightful” example of coincidence in action via the strange case of the “Umbrella Man” on the Grassy Knoll (see this and this.)

When it comes to the political murders that underlie most of the current exhumations in Latin America, we have no way around what looks like the Times’ deliberate failure to mention the potentially explosive issue of US sponsorship. That this astonishing oversight comes at a time of rising anti-American sentiment in many of the same Latin American countries seeking closure and justice cannot go unmentioned. And as we mourn these tragic deaths, we might add one more, right here in the United States: the slow death of honest journalism. It’s time to exhume the truth—everywhere.