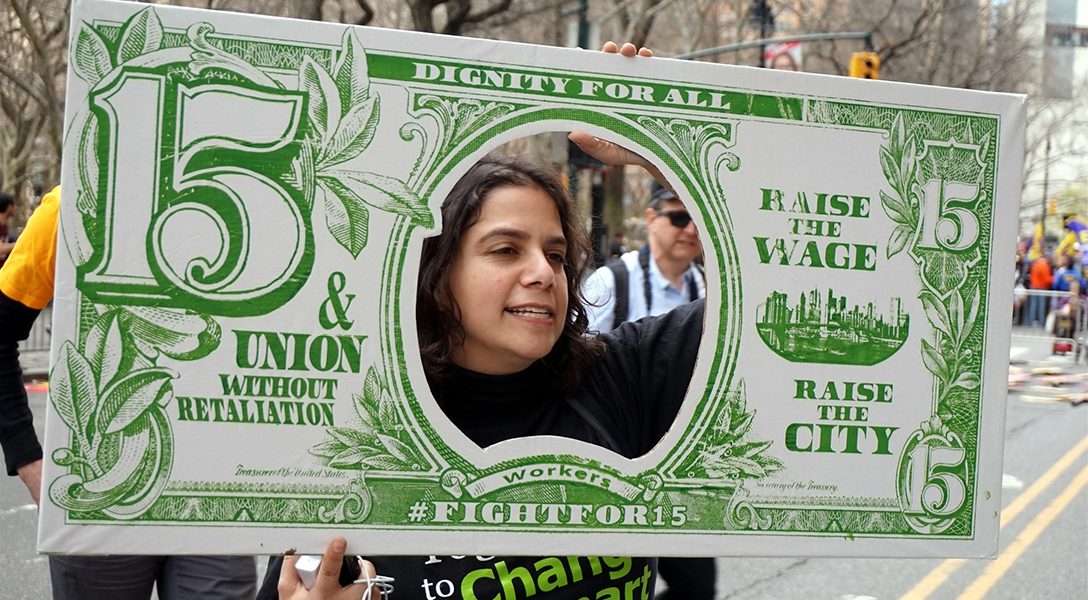 Imagine giving 33.5 million American workers a raise, helping 6.2 million ease the pinch of poverty, and increasing the total annual wages for minimum-wage workers by $92.5 billion. All that and more is made possible by increasing the federal minimum wage to $15, according to the Economic Policy Institute (EPI).

The nonprofit, nonpartisan think tank conducted research to see which Americans would be affected by the Raise the Wage Act — legislation recently passed in the House of Representatives that aims to increase the minimum wage to $15 an hour. EPI found that the bill would impact almost every working American, although in different ways.

Such a hike, implemented through 2025, would lift 4.5 million people out of poverty and boost the annual earnings of the average affected worker by $2,800. The minimum wage, currently $7.25, has not been raised since 2009.

Since the last increase, the lowest paid workers have lost about $3,000 a year in real income, considering the higher costs of living. EPI calculated that the current minimum wage is worth 17 percent less now than a decade ago.

The legislation passed by the House would also eliminate “minimum wage requirements for tipped, newly hired, and disabled employees … After a specified period, these employees shall be paid the same minimum wage as regular employees.”

The tipped minimum wage has been stagnant at $2.13 since 1996. If the legislation were to go into effect, tipped workers would have a new minimum wage of $12.25. That seems very unlikely, however, as Senate Majority Leader Mitch McConnell (R-KY) has said he has no intention of bringing the bill up for a vote.

Yet there is substantial support for a minimum wage increase even in the business community. Two out of three small businesses support an increase. Walmart CEO Doug McMillon is on record saying that the $7.25 minimum wage is “too low” and that it’s “time for Congress to put a thoughtful plan in place.”

Some states — among them New York, Illinois, Maryland, and Connecticut — have already boosted their minimums to $15. Workers in these states were not factored into the EPI study.

On the Other Hand

A minimum-wage increase may not be good news for all workers. It could result in job losses, according to the Congressional Budget Office (CBO). “There is a two-thirds chance that the change in employment would be between about zero and a decrease of 3.7 million workers,” CBO said.

Mainstream economists agree on two general effects of increasing wages: first, raising the incomes of low-wage workers helps get them out of poverty, depending on how high the raise is. Second, raising the minimum wage may result in fewer jobs.

However, economists disagree widely on the severity of job loss. For example, new academic  research contradicts CBO, saying that there will be limited or no job loss.

It’s very difficult to predict the impact of a $15 minimum wage when only select cities and states, each with unique economic circumstances, have enacted it. However, with the Raise the Wage Act passing the House by a vote of 231–199, and with 55 percent of registered voters supporting an increase in the minimum wage, momentum may be building for passage in the near future.