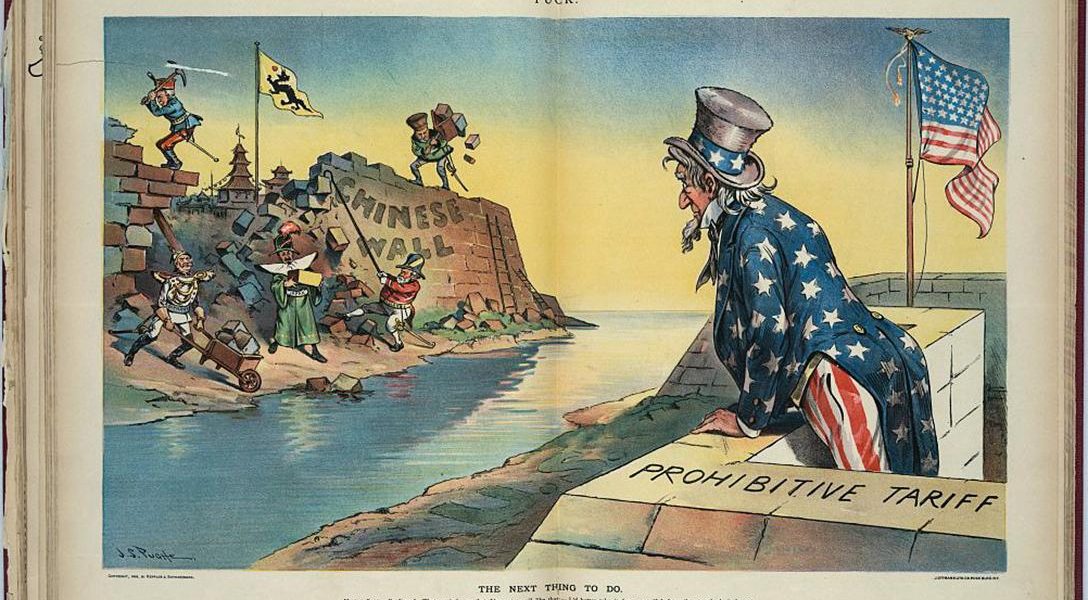 Keeping the Lid on Trade Deals: A “Transparent” Facade That Bolsters Secrecy

A few decades ago, the details of trade deals might not have mattered to the public at large since what was at stake was mostly tariffs and quotas. But the multi-country megadeals of the 21st century will directly affect  the lives of  hundreds of millions of people — in ways that may come as an unpleasant surprise to many of them.

The outcome of current negotiations will shape a broad range of pocketbook and health issues — from food and drug safety to protecting the environment from toxic chemicals, from avoiding the next financial meltdown to giving poor countries access to lifesaving medications, from enforcing intellectual property rights and ensuring Internet access to addressing climate change.

The new deals will also dictate how multinational corporations will call the shots when local, state or national governments adopt policies that hurt their bottom line.

The Trans-Pacific Partnership (TPP) has been agreed to by the US and eleven other Pacific Rim countries: Australia, Brunei, Canada, Chile, Japan, Malaysia, Mexico, New Zealand, Peru, Singapore, and Vietnam. Together these twelve countries comprise 40 percent of the world’s gross domestic product (GDP), and more than 30 percent of global trade. The TPP’s 30 chapters detail agreements on scores of separate issues, ranging from food safety to protection of endangered species and federal procurement policies.

The Transatlantic Trade and Investment Partnership (TTIP), between the US and the 28-nation European Union, has been formally discussed through 13 rounds of negotiations. It would affect 820 million consumers and nearly half the world’s GDP.

Given what’s at stake, it should be encouraging that last September the Office of the United States Trade Representative (USTR) named a “transparency officer,” possibly the only person in a federal agency to hold that position.

“The true function of whoever wears this hat  is to continue engaging in as much bureaucratic obstruction as possible.”

According to the USTR, the officer’s mission is to make trade negotiations “more accessible and transparent to the public and their representatives in Congress.”

Democratic Representatives Sander Levin (MI) and Charles Rangel (NY) both praised the move, but Lloyd Doggett (D-TX) dismissed it as window-dressing. “The true function of whoever wears this hat is to continue engaging in as much bureaucratic obstruction as possible,” Doggett warned.

Sunshine groups were also skeptical, pointing out that the USTR’s choice of Timothy Reif for this new position was problematic. Reif is also the agency’s general counsel.

“It’s not personal,” said Patrice McDermott, executive director of OpenTheGovernment.org, a coalition of more than 100 groups working to expand government transparency. Her organization has nothing against Reif’s character or ability, but combining Reif’s existing job with the mission of advancing transparency is “a structurally unsound combination,” she said. As general counsel, Reif is tasked with “defending secrecy” in the agency, representing the USTR in litigation over Freedom of Information Act requests, she said. The only way this dual job makes sense, she said, is if the USTR interprets transparency to apply only to “whomever they choose” to be transparent to.

Last fall, McDermott’s coalition, along with 21 journalism, transparency and good-government groups, including Common Cause, the Society of Professional Journalists and the Sunlight Foundation, wrote to US Trade Representative Michael Froman, asking that he put someone else in charge to avoid this conflict. Asked how Froman responded, McDermott said that the USTR failed to reply at all. “Nothing, niente.”

Nor in the nine months since Reif was given the title, has the USTR done anything to increase openness where it is most needed — in making public the details of pending trade agreements.

The flap over the USTR’s transparency officer is another chapter in a years-long struggle between the Obama administration and groups advocating for more openness in government.

Doggett grumbled that his chief of staff, with a high security clearance, could learn more about ISIS than he could about the TPP.

When Barack Obama became president, he promised that his administration would be the “most transparent” in history. That promise has produced mixed results, at best, say transparency advocates. They cite the White House prosecution of whistleblowers, and its efforts to withhold information on issues ranging from the identity of White House visitors to how the CIA justifies the killing of US citizens who are terrorism suspects.

Secrecy is the running theme for Obama trade deals

Secrecy also has been the leitmotif of the Obama administration’s trade discussions. Trade deals, never very transparent, became even more closed under Obama trade officials, critics charge. Indeed, Lori Wallach, the director of Public Citizen’s Global Trade Watch, who has monitored US trade deals for years, accused this administration of being more reticent about trade negotiations than even George W. Bush’s trade officials.

The TPP had been negotiated between the US and eleven Pacific Rim nations over the course of Obama’s first and second terms. The agreement — and what it proposed to do — was a black box to the public, with even members of Congress having only restricted access to trade proposals.

Members could receive classified briefings from the USTR, but they could neither include their staffs nor disclose to them what they had learned. If they wanted to read texts of the agreement, they had to go to a basement room in the capitol, and request an individual chapter. A USTR minder would watch them, and they’d have to hand over any notes they took when they left the room.

Doggett grumbled that his chief of staff, with a high security clearance, could learn more about ISIS than he could about the TPP.

The USTR argued that trade negotiations, particularly with so many countries, had to be kept confidential because of the sensitivity of the talks. But those pushing for more transparency believe that the secrecy also was strategic: Fewer details about trade proposals made it far more difficult to galvanize opposition to the deal or to influence the negotiations.

In 2012, when then-U.S. Trade Representative Ron Kirk was asked about transparency for the TPP talks, he came close to saying that the Administration considered secrecy vital to getting a deal done. Kirk recalled that the last time information was released about the nuts and bolts of a trade deal — a draft of the Free Trade Area of the Americas was released in 2001 — the deal fell through. Activists in the U.S. and Latin America spent years generating opposition to it.

By late 2013, many in Congress were so fed up that 130 House Democrats, led by Representatives Rosa DeLauro (CT), and George Miller (CA), sent a letter to the USTR, protesting the secrecy. Democrats who supported the TPP accused their colleagues of using the transparency issue to sabotage a deal they already opposed.

Nevertheless, in early 2015, House Democrats who wanted more sunlight gained some leverage.  The White House wanted Congress to approve a so-called “fast-track” law, which would make it much easier for this president and his successor to negotiate trade deals.

Fast Track authorizes an expedited process that doesn’t permit anything but an up-or-down vote in Congress , with no amendments. The deals could be approved by a simple majority in both House and Senate, depriving the Senate of the leverage of a filibuster, which requires 60 votes to defeat.

Fast-track was a controversial bill. To gain more support, Sen. Ron Wyden (D-OR) pushed through a bipartisan “fast-track” bill that, he bragged, would bring “unprecedented transparency” to trade negotiations.

Transparency for the Public Never Happened

The fast-track law permitted all members of Congress, and all congressional staff with the appropriate security clearances, to see the details of the confidential trade texts. The USTR also was required to name a “transparency officer” to ensure that the public was more engaged in the process.

But by the time Congress got more opportunity to scrutinize the deal, the TPP was approaching the end of years of negotiations. And the years-long secrecy may have already achieved its goal: muted media coverage and a largely uninformed public.

Despite Congressional opposition and the fact that labor unions and environmentalists were arousing activists all over the country on the issue, broadcast news ignored the TPP during the months preceding the controversial fast-track vote. Only the Public Broadcasting Service gave it attention. Even major newspapers were more likely to write about the politics of the deal, or run op-eds for and against TPP, than to explain what was in the proposed deal or why it mattered. Indeed The Washington Post even argued against transparency.

Presumably, there were many factors at play in the lack of coverage. Trade is complicated, and news staffs are under pressure to produce more stories more frequently. Nevertheless, the activists opposing the TPP were surely hobbled by the fact that they could only speculate on what the agreement contained. Except for a few leaked documents, they had no hard evidence to substantiate their critique.

Secrecy leading to less media coverage also helped to keep the public in the dark. When polled about the TPP in April and May 2015, roughly one in five of those surveyed either said they lacked enough information about it, or skipped the question altogether.

From a Rigged Process, a Rigged Outcome

The TPP was fully disclosed and posted online in late 2015. Its contents, TPP opponents argued, confirmed that the deal was “even worse” than they had predicted.

But by then the treaty had been finalized, and agreed to by the U.S. and its partners, pending the final approval of their respective governments. After five and a half years of being drafted in the dark, said Sen. Elizabeth Warren (D-MA), the TPP was a deal shaped “behind closed doors” with U.S. negotiators advised by corporate lobbyists “whispering” in their ears: “A rigged process produces a rigged outcome.”

Whether TPP will become law remains uncertain, because of the declared opposition of all the presidential candidates, and reservations about the deal raised by a few key Senate Republicans. However,Obama is personally lobbying for passage, and many capitol watchers think a vote to pass is possible after the November election. But the USTR could change the rules for the other pending deal, the TTIP, between the US and 28 European Union nations.

For TTIP,  which is still being negotiated, the USTR could follow the lead of the EU. For well over a year, the EU has released its trade proposals to the public. More information on TTIP appears to have spurred more European and media engagement. Last year, those opposed to TTIP submitted a petition with more than three million signatures to the president of the European Parliament. Tens of thousands of Europeans have demonstrated against the trade agreement in major cities throughout Europe. In Germany, the opposition is particularly strong.

In the US, meanwhile, secrecy has been difficult to dislodge, in part because the less the American public knows, the less they tend to ask questions or protest. The USTR has made no effort to disclose more information about TTIP. Indeed, the agency’s current proposal to “increase transparency” is not about the TTIP at all.

The USTR proposes to give the public access to “international trade disputes,” and to encourage trade bodies to post videos of trade dispute hearings, steering attention away from public demands concerning the details of trade texts.The digital rights group, the Electronic Frontier Foundation, charged that the USTR’s proposed reforms were a “neat diversion” from the public’s demand for more actionable information.

The USTR’s approach, McDermott said, has been unfortunate.  Having a transparency officer could have been perceived as “a positive step” by the openness community. Instead, she said, it looks like “whitewashing” — appearing to foster openness when you’re actually keeping the doors shut tight.