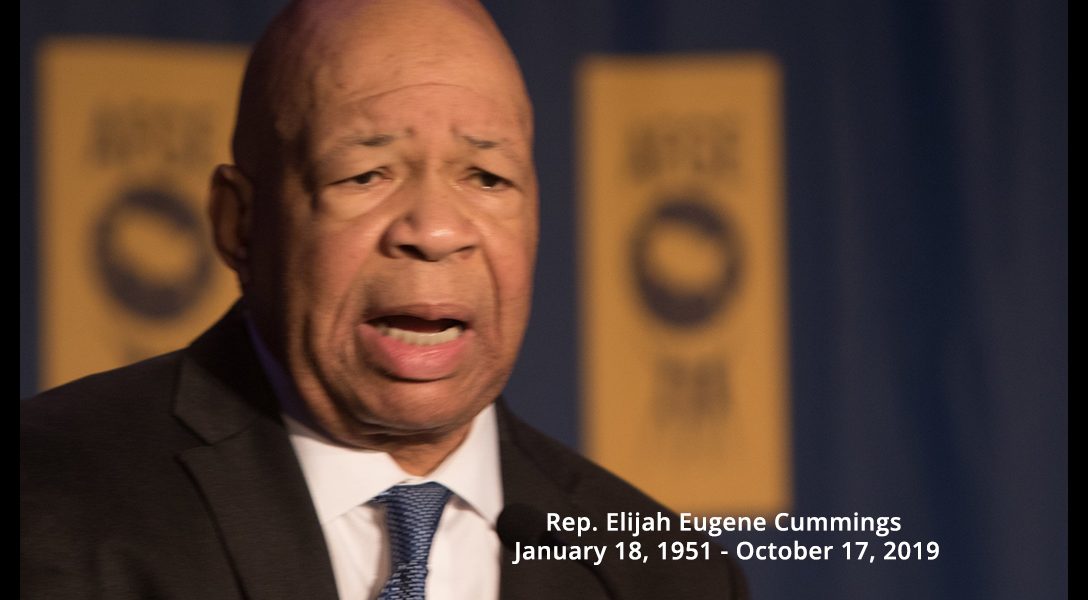 The 68-year-old Cummings made headlines early this year when he became a target of President Donald Trump, who smeared him by denigrating the city and people he represented, calling Baltimore a crime-ridden haven for rats.

Cummings was not the president’s enemy. But he was the enemy of government secrecy and lies.

Before the Trump years, he was able to forge bipartisan partnerships with House and Senate Republicans on laws to increase transparency and accountability in government.

Last March, he received a “Sunshine in Government” award at an event in Washington, marking National Freedom of Information Day. He was visibly frail, arriving in a wheelchair.

But when he began to speak, Cummings stood strong at the podium, and his words rang out with passion. The son of two evangelical pastors, Cummings put the current state of affairs in nearly apocalyptic terms.

He listed some of the failings of the Trump administration: “the press being suppressed,” the White House warning career civil servants “not to be whistleblowers” and to resist congressional oversight, and “our CIA and our FBI being attacked.”

But he also stressed that his critique of the current White House was not based on partisan loyalty. “I’m a bipartisan guy,” he said.

In 2013, even though then-chair Rep. Darrell Issa (R-CA) “shut off my microphone” during a hearing, he continued to work with him to strengthen the Freedom of Information Act (FOIA). “It took us three years of hard work and negotiation,” he said, but with the help of Senators Patrick Leahy (D-VT) and John Cornyn (R-TX), “we got it over the finish line” in 2016.

After the Democrats won the House in 2018, Cummings clearly relished his new authority as a committee chair to investigate malfeasance in the executive branch, but he knew the limits of his power.

Cummings directed many of his comments directly to the journalists in the room. “Two hundred years from now, people will be reading about this period,” he said. “Future generations will ask, ‘What did you do? Did you write the story, did you write it accurately, did you write it as you saw it? Did you take a moment to write the editorial? …[Or] did you become fearful and say, I’m afraid of what’s going to happen to me if I do what the constitution says I can do?’”

All the oversight in the world, he added, won’t mean anything if it doesn’t get reported to the public. “I beg you to tear down any walls that block you from getting information to the American people and to the world,” he said. “I beg you not to be silent.”

“When we’re dancing with the angels,” he concluded, “somebody will read about what we did. But … you have got to write it.”