But in the United States, federal agencies continue to embrace the firm.

Earlier this year, the Department of Homeland Security awarded Clearview with a new contract to support US Immigration and Customs Enforcement investigations, records show.

According to government procurement data, ICE signed a $500,000 contract with Clearview in September — double the amount the agency spent on Clearview licenses in 2020 — and it’s possible the contract will extend over three years for a total of $1.5 million.

While $1.5 million is a tiny fraction of ICE’s $10 billion annual budget, this new contract is the largest between Clearview and a federal agency to date, according to public records. It’s also at least the fifth federal contract awarded to Clearview since 2019.

Exactly how ICE plans to use Clearview’s massive database of up to 10 billion faces and other biometric identifiers is unclear.

The agency did not respond to requests for comment, and detailed inquiries to Clearview also went unanswered.

According to a statement from Clearview founder Hoan Ton-That, issued through a company spokesperson, Homeland Security Investigations, ICE’s investigative arm, will use Clearview “for their Child Exploitation Unit and ongoing criminal investigations.”

“Clearview AI has enabled HSI to rescue children across the country from sexual abuse and exploitation,” according to Ton-That, who did not provide specifics or respond to further requests for comment.

But according to privacy advocates, ICE’s embrace of ethically questionable surveillance technology is a dire threat to privacy. And while local governments as well as other countries ban the technology, Congress has yet to pass a law regulating how Clearview or similar surveillance tools can be used.

Clearview has amassed a database of 10 billion facial images — a larger figure than the number of people on earth — by scraping them from publicly available websites like social media profiles. The company offers this database to law enforcement agencies, in the US and abroad, often using free trials to lure potential buyers.

Critics say Clearview’s technology is invasive and non-consensual. Facial recognition technologies in general “exacerbate the worst tendencies of law enforcement agencies,” according to Rebecca Glenberg, a senior staff attorney who works for the American Civil Liberties Union of Illinois, one of the litigants currently suing Clearview to cease or limit use of its technology in the United States.

“Face recognition tends to be less accurate at identifying Black and brown faces, making them even greater targets for wrongful arrest,” she said.

In practice, ICE agents working for Homeland Security Investigations will be able to upload a photo of a person, and Clearview will run it for matches against the billions of photos they have on file.

HSI employs more than 10,000 people and has “broad legal authority” to investigate federal crimes regarding cross-border movements of people, goods, money, and technology.

According to The New York Times, Clearview has been used by law enforcement in various states to help identify victims in child abuse cases.

Privacy experts say Clearview has never confirmed the accuracy of its algorithm, and likely suffers from the same issues as other facial recognition technologies that have led to false arrests.

Clearview recently submitted its technology to one of the two tests that the National Institute for Standards of Technology uses to assess facial recognition technology. Clearview’s algorithm scored well in the test that compares two photos against one another for a match. However, it didn’t submit to the “one-to-many” test that matches one photo against a larger dataset, which is the capability they market to law enforcement.

“Because they haven’t submitted to the second test, we don’t know how often they return a false positive [in an investigation],” said Jake Wiener, a law fellow at the Electronic Privacy Information Center, a nonprofit that focuses on privacy and civil liberties issues.

Privacy advocates strongly oppose the DHS’s use of Clearview’s technology.

In April, 68 organizations sent a letter to the secretary of the Department of Homeland Security, Alejandro Mayorkas, alleging that Clearview’s use by federal agencies has lacked transparency and agency accountability. They highlighted ICE in particular and urged the department to discontinue any use of its facial recognition technology because Clearview’s practices are a “clear violation of privacy rights.”

“DHS should take the side of humanity for once and refuse to associate with this truly awful tech company,” said Lia Holland, the campaigns and communications director at Fight for the Future, an anti-surveillance organization and signatory of the letter, when asked for comment about the contract.

Wiener echoed Holland’s comment when asked about the contract.

“One of the most aggressive and unchecked law enforcement agencies in the US should not be using one of the most dangerous surveillance technologies on the market today. That ICE would sign a new contract with Clearview at the precise moment the company faces global pushback for unethical, and in many countries illegal, collection of personal data underscores how little concern the agency shows for safety or privacy,” he said.

Right before the letter was published, the ACLU of Northern California and a number of immigrant justice groups filed suit against ICE and the DHS for information surrounding their use of Clearview’s technology, after the firm failed to respond to Freedom of Information Act requests.

Despite the alleged lack of transparency, reporting by BuzzFeed revealed that ICE, and specifically Homeland Security Investigations, have relied on Clearview’s technology in the past. This year’s contract is the second contract they’ve entered into with Clearview, according to publicly available procurement data. BuzzFeed found that ICE employees had conducted thousands of searches in Clearview’s database by February 2020. 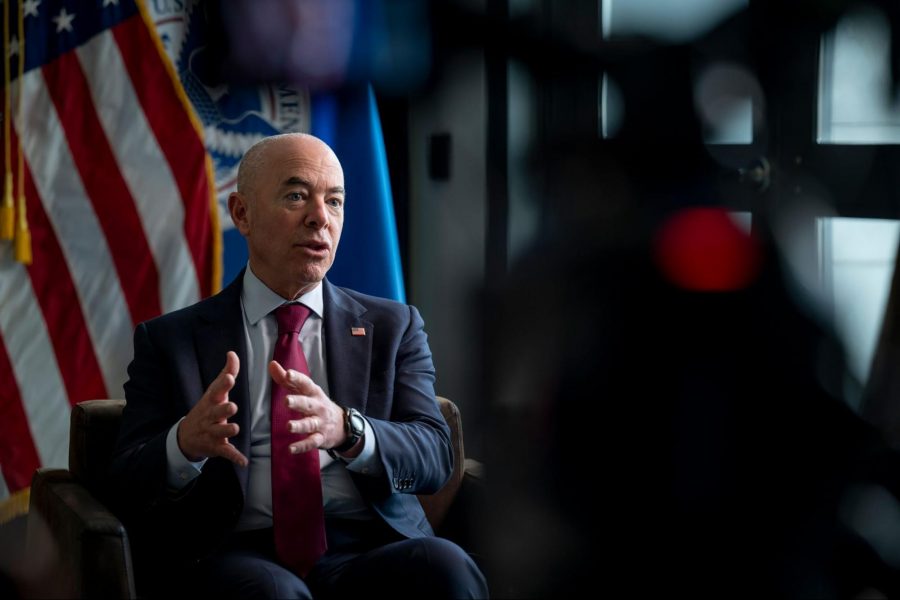 The DHS is not the only federal agency contracting with Clearview. The Department of Defense has signed two contracts with the company.

According to documents acquired by Business Insider, a yearlong contract for $15,000 signed in September 2020 supported the Army’s Criminal Investigation Division, which investigates alleged crimes committed by active Army personnel. The Army contracted Clearview to identify potential victims and subjects in crimes under its jurisdiction.

Public procurement data also lists a $50,000 December 2019 contract between the DOD and Clearview to support the Air Force’s Office of Special Investigations, which handles criminal, terrorist, and spy threats to the Air Force and DOD personnel and resources.

And in November 2020, the Department of Justice signed a yearlong contract with Clearview for $15,995.

A Government Accountability Office report noted that the DOJ used Clearview’s technology “to identify unknown individuals of interest in state, federal, and international cases such as child exploitation.”

WhoWhatWhy asked both the DOJ and the DOD whether these contracts were renewed for use. Only the public affairs specialist for the Criminal Investigation Division responded, saying he could not comment on whether the contract was renewed.

Congress Has Yet to Act

As for why Congress has yet to pass a law regulating facial recognition technology, “Part of the problem is just capacity,” said Freddy Martinez, a policy analyst for transparency advocacy group Open the Government.

Martinez pointed to the past month in Congress as an example, when lawmakers were consumed with major spending packages, the debt ceiling, and passing the National Defense Authorization Act.

“[There are] so many other things they’re worried about,” he said.

So far, the effort to achieve greater regulation and transparency over Clearview’s technology has mostly taken place at the state and local level.

Boston, Minneapolis, and San Francisco banned police use of all facial recognition technologies. Before the ban, Minneapolis police had conducted more than 160 searches using Clearview’s technology.

And where the technology is in use, Clearview is being sued by activist groups including the national chapter of the American Civil Liberties Union, the ACLU of Illinois, and civil society groups in California.

The Chicago Police Department previously used Clearview’s technology to aid investigations, but according to Rebecca Glenberg, the senior staff attorney at the ACLU Illinois, Clearview has canceled all of its contracts in the state.

If the ACLU prevails, the hope is that the ruling will set a precedent and other states will see the necessity of regulating the collection of facial images and other biometric data, Glenberg said.

The Electronic Privacy Information Center’s Wiener praised developments at the state and local level toward reining in facial recognition technology. In the US, Clearview’s technology isn’t  controversial enough to prevent governments and law enforcement from using it — yet.

We’re “still far from that moment, but we’re moving towards it,” he said.