How Solar Panels and Electric Cars Can Wreck the Environment

President Joe Biden’s ambitious proposals to spend hundreds of billions of dollars transitioning to renewable energy and electric vehicles might help stave off climate change disaster. But they also paradoxically present an enormous profit opportunity for US mining companies, even at the expense of the environment and taxpayers.

Mining firms are already using the green energy movement as an excuse to keep extracting rare earth minerals on public land for next to nothing under a 19th-century law that, in a twist, also allows potentially catastrophic pollution and other degradation.

Building solar panels, lithium-ion batteries, and wind turbines requires precious minerals like zinc, copper, and cobalt as well as lithium. Thanks in part to publicly subsidized proposals like the Biden administration’s push to shift 40 percent of US energy production to solar power by 2035 — up from 4 percent today — some mining companies have rebranded and repositioned themselves, not entirely cynically, as green energy companies.

Other Biden administration promises such as shifting half of US auto production to electric vehicles by 2030 will require major new sources of rare earth minerals. Though much of the US precious metal demand is supplied by sources in foreign countries, including China, there are potential domestic sources, such as Lithium Americas’s proposed Thacker Pass lithium mine in Nevada. But Thacker Pass, the largest lithium deposit in the US, is located on federal land, like almost every other domestic source of these minerals.

Enter Congress, which is debating proposed changes to the General Mining Act of 1872 that could force the industry to clean up its act and cut into the profits of mining companies, which in turn are responding by using what critics say is a cynical mix of xenophobia and classic big-business threats to quit mining domestically and move overseas.

Passed during the administration of Ulysses S. Grant, seen as one of the most corrupt in US history, the current law allows private interests to mine 350 million acres of publicly owned land in the western US without paying royalties, like the fees charged to oil and gas extraction outfits.

Anyone who discovers a vein of precious minerals and then starts to mine can do so “without paying a dime for them,” critics like environmental advocacy group Earthworks say. That’s not entirely true, but it’s close: Land can be acquired for as little as $5 an acre, as Autumn Hanna, the vice president of Taxpayers for Common Sense, told a recent Senate hearing. 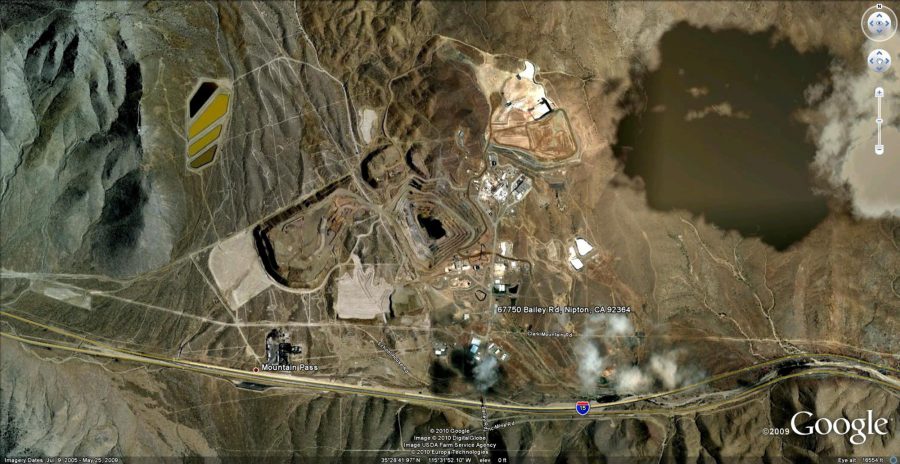 The General Mining Act also means hard rock mining companies can “come in, dig riches out of the ground, and leave the mess,” including an estimated daily flow of 50 million gallons of polluted water from “hundreds of thousands of abandoned mines,” which will cost an estimated $50 billion to clean, according to recent estimates.

“The current lack of a royalty for hard rock minerals extracted from our public lands is a taxpayer handout to the mining industry,” said Jenny Rowland-Shea, deputy director for Public Lands at the left-leaning Center for American Progress. “Over the years, mining companies — many of which are foreign owned to begin with — have deprived taxpayers and the federal treasury of billions of dollars.”

In a rare show of unity, Congressional Democrats — including mercurial West Virginia Sen. Joe Manchin, whose opposition might scuttle some of Biden’s most sweeping green energy proposals — are pushing for what’s described as the first substantive updates to the General Mining Act as part of the sweeping reforms Democrats are including in the so-called “budget reconciliation bill.”

Under that process, lawmakers can skip arcane Senate rules that require a 60-vote majority — nearly impossible to obtain in a hyper-partisan atmosphere — and instead pass with a simple majority legislation tucked into a spending bill.

The proposal has support from Democrats including Manchin, who chairs the Senate Committee on Energy and Natural Resources.

“It makes no sense at all to put our lithium-ion battery supply chain in the hands of foreign actors like China when we have lithium here that can provide a reliable source of domestic manufacturing,” Manchin said during a hearing on October 5. 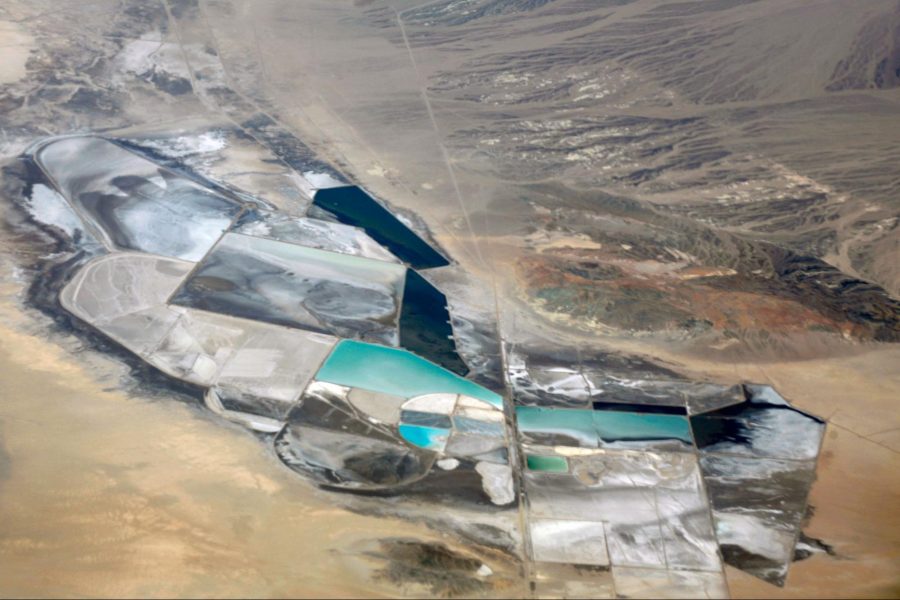 The Chemetall Foote Lithium Operation in Clayton Valley, NV. Most US lithium is on federal land in states like Nevada, where mining companies want to extract while paying little to nothing in fees. Photo credit: Doc Searls / Flickr (CC BY 2.0)

To allow mining companies to make billions annually from extracting on federal land “without a penny of royalties is just crazy,” he added.

Updates to the General Mining Act are also a point of rare bipartisan voter support. In her testimony on October 5, Taxpayers for Common Sense’s Hannah said that a poll the organization conducted found more than two-thirds support among all voters.

But mining companies, as well as Republicans like Wyoming Sen. John Barrasso, the ranking GOP member on the committee, say the new charges will simply drive mining companies to abandon US sources of lithium and other minerals and shift attention overseas.

“Instead of raising revenue and protecting land, this approach will lead to premature closure of existing mines and minimal interest in future US mines, resulting in an unhealthy increased reliance on foreign sources of minerals from countries with far less stringent environmental and labor standards, a loss of high paying family-wage jobs, and severe economic hardship on mining-dependent rural communities,” said Katie Sweeney, the executive vice president of the National Mining Association, in an appearance before the committee. Mining companies are, however, open to “reasonable” fees, said Sweeney.

Some environmental advocacy groups, like Trout Unlimited, have proposed other techniques to source vital green economy minerals, including recycling old components or recovering minerals from old mines or old mine waste. While perhaps logical and technically feasible, these techniques seem unlikely to satisfy mining companies and their shareholders, for whom new mines — run on the same familiar 19th-century regulation — are simply more profitable.