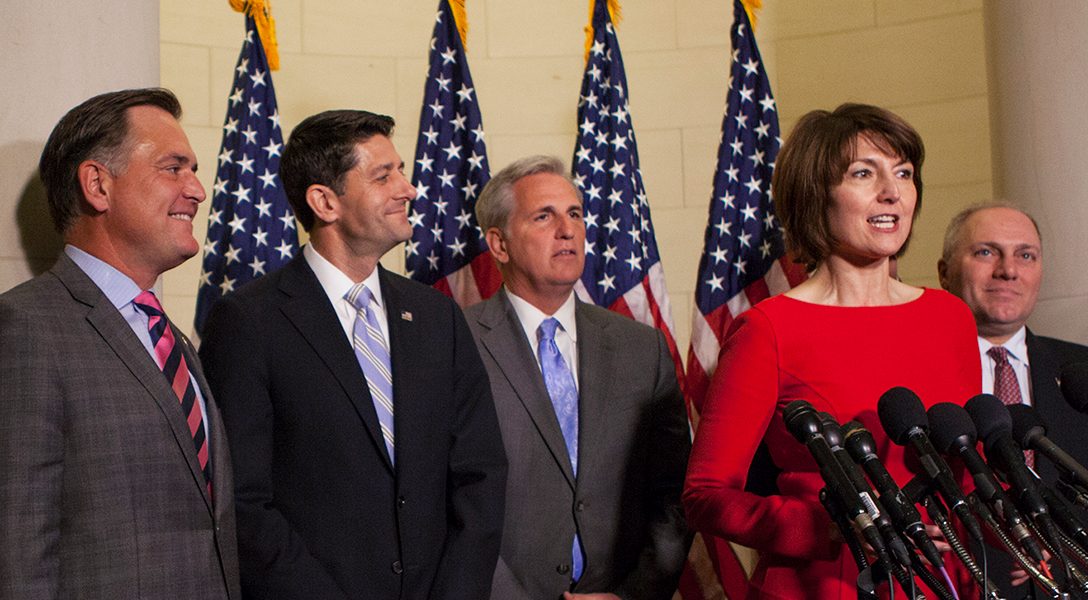 When House Republicans approved a plan to gut the independent Office of Congressional Ethics (OCE) earlier this week — only to quickly reverse course less than 24 hours later after a tweet from President-elect Donald Trump and a barrage of angry phone calls — many hailed the turnabout as an important victory for government transparency. The truth is very different.

Several other rules included in the final House rules package are at least equally disturbing and hardly received any attention at all — neither from Trump, the media nor upset citizens.

To recap the good news: Yes, the OCE was spared. The entity was created in 2008 after congressional scandals about lobbyists bribing members of Congress demonstrated the flaws of the House Ethics Committee, where equal numbers of Democrats and Republicans tended to be reluctant to discipline anyone for misconduct.

The OCE is independent of Congress, nonpartisan, and staffed by ethics experts. It investigates complaints of unethical conduct. Any complaint the OCE refers to the House Ethics Committee must be made public, even if the Committee takes no disciplinary action against the member.

House Republicans had voted to replace the OCE with the Office of Congressional Complaint Review, whose investigations would be subject to House Ethics Committee oversight. This new entity also could not receive anonymous complaints, and could not interact with the public or the media.

But the package that did get approved still contains several provisions that will erode transparency, make federal workers more vulnerable to political interference and retaliation, and increase the penchant of House committees to subpoena anyone they disagree with.

One new rule would give the House sergeant-at-arms the power to fine any member caught taking photos, recording audio or video, or “broadcasting” on the House floor. The new rule is aimed at stopping what so irked House leadership last year.

Last June, Democrats were furious at the failure of the House to allow a vote on a bill that would deny individuals on the terrorist “no fly” list the right to purchase a gun. They staged a sit-in on the House floor. House leadership ultimately called a recess, and turned off the C-Span cameras.

But some members under the age of 70 realized they could stream their sit-in with their cell phones. (“I didn’t know you could do that,” 77-year-old House majority leader Steny Hoyer confided during the rules debate on January 3.) Facebook picked it up, and ultimately C-Span carried the protest.

If Democrats try this tactic in 2017, their pay will be docked $500 for the first offense, and then $2,500 for any subsequent offenses.

For John Lewis, longtime veteran of civil rights protests, it wasn’t about the money, it was the principle.

“I’m not afraid of a fine,” Lewis, who led the 2016 sit-in, said during the House debate on the rules. “During the 1960s, I was arrested 40 times, beaten, left bloody, but no Congress has the power to tell us we cannot … speak truth to power. … We will not be silenced.” Democrats also threatened to challenge the rule in court, claiming it gives a House employee — the sergeant-at-arms — unprecedented power to punish a member of Congress. (At the last minute, House leaders approved giving members who are fined a process to appeal their punishment.)

Another provision could harm federal employees. The rules package reinstates the Holman rule, which would make it possible for spending bills to contain language that actually stipulates specific jobs to cut and salaries to reduce. The rule was first enacted in 1876, but hasn’t been included in House rules since 1983. Essentially, this rules change gives any House member, miffed at any federal agency, the power to propose cuts to specific programs or people.

All the Democratic members of the House in the Washington, DC, region, who have thousands of federal worker constituents, strongly opposed the House action. In a statement released on January 3, they warned that the rules change “would allow any Member of Congress to simply offer an amendment that could reduce the salary of any federal employee, or eliminate a federal employee’s position without hearings, testimony, or due process.” The members would “treat these civil servants like political pawns and scapegoats,” they charged.

Could this change mean that the Congress could simply eliminate all jobs at federal agencies addressing climate change? Or should a federal worker tweet something the president doesn’t like, would he or she face the threat of termination or a pay cut? What about federal whistleblowers who irk a vested interest? Would pay-back come not at the hands of agency managers, forbidden by law to retaliate, but by Congress?

Tom Devine, legal director of the Government Accountability Project, which advocates for whistleblowers, believes the answer to all these questions is “Yes.” He calls the rule change “a potentially disastrous loophole” jeopardizing the “nonpartisan professional federal workforce.” Devine says the rule change could harm not only whistleblowers but any federal employee.

The House rules package also will make it even easier for House Committees to subpoena any group or individual for any reason. For most House committees, currently at least one House member has to be present when a witness is deposed. So when the House is not in session, witnesses are not summoned to Congress. But this rule change would permit House staff to grill witnesses on their own during these periods, without even one member present.

House Democrats charge that this expands the majority’s ability to “force private citizens to travel to Washington, DC, and be subjected to unlimited hours of interrogation by Republican staff.

“Freely handing out the power to compel any American to appear, sit in a room, and answer staff’s invasive questions on the record is truly unprecedented, unwarranted, and offensive,” the Democratic memo contended.

House rules used to be a lot narrower, with subpoena powers largely confined to investigatory committees. That’s changed over the past several years. In 2015, for example, House Republicans adopted rules that gave greater power to the chairs of several key committees, permitting them to issue subpoenas without bipartisan consent.

Last year, House Science Committee chair Lamar Smith (R-TX), seeking to defend the honor of ExxonMobil, sent subpoenas to eight environmental groups and the attorneys general of Massachusetts and New York. Smith wanted to know whether the environmentalists colluded with the attorneys general, who are investigating the efforts of ExxonMobil and other oil companies to suppress scientific findings and circulate misinformation about the impact of fossil fuels on climate change.

“This is not an abstract concern for us,” Greenpeace USA general counsel Thomas Wetterer responded in an email to WhoWhatWhy. Greenpeace was one of the groups subpoenaed by Smith last year. The new rule, he stated, “is undoubtedly designed to intimidate advocacy groups and private citizens subjected to Congressional witch hunts.

“We need to broaden the democratic space for public debate,” Wetterer stressed, “not confine it to a back room for biased committee staffers to do the political bidding of their bosses.”