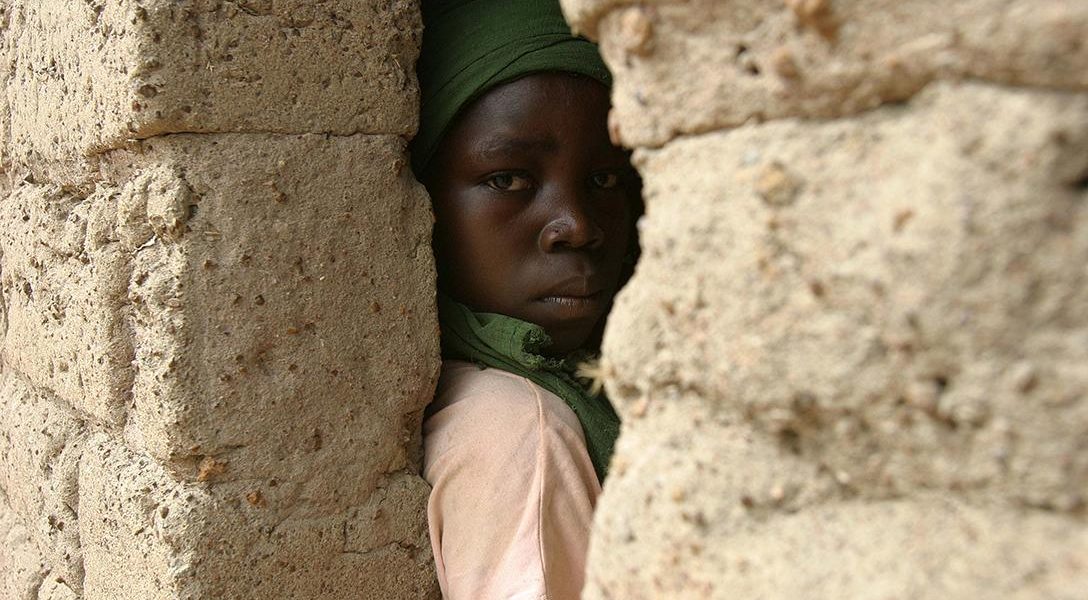 In our second excerpt from Milton Allimadi’s Hearts of Darkness, we see how white people over the centuries “explained” black people, with a wide variety of pseudoscientific imbecilities, starting with Herodotus. Over 400 years before the birth of Christ, this Greek historian informed the world that both the seed and the semen of the African are black. Later, more and more explorers, mostly northern European — and Christian — went into Africa and came back with stories and maps showing the continent’s great potential for colonizing, plundering, and enslaving its people.

But how could good Christians enslave their fellow human beings? By presenting them as non-human. Savages. Beasts of burden. This led to even more pseudoscientific explanations for the appearance of Africans, and mindless assertions about their morals and inherent intellect.

Those near the coast in Kent may be more civilized, but in the interior they do not cultivate the land but share their wives with family members, live on milk and meat, and wear the skins of animals…

And this was white reacting to white. Imagine how much more extreme the reaction of white to black. But of course the real savages are the ones who do the dehumanizing, as you will see from what follows.

This is the second of three excerpts from The Hearts of Darkness: How White Writers Created the Racist Image of Africa by Milton Allimadi (Black Star Books Co., 2016). Chapter 1, Inquiry into the Origins of Black Skin. (The excerpt has been lightly edited and compressed.)  For Part 1, please go here.

“They secrete less by the kidneys, and more by the glands of the skin, which gives them a very strong and disagreeable odour.” — Thomas Jefferson, describing Black people, in Notes on the State of Virginia, 1781.

Historically, Western media manufactured and disseminated the predominant image of Africans as “savages,” in order to justify the exploitation of Africans and the plunder of the continent’s resources.

The objective was to justify the terrible crimes committed against Africans during various stages of history, including the period of enslavement of Africans; the period of European conquest and partition of Africa; the period of colonial regime in Africa; and the neo-colonial period, which includes the contemporary era.

The racist representations of Africa were popularized in the Western world through the published journals of the early European travelers — the so-called “explorers” who went into Africa to “discover” landmarks, such as lakes, rivers, and mountains, and then to rename those landmarks after the leading European monarchs of their era. These travelers mapped the continent and paved the way for formal European conquest of Africa and colonization. Some, like Samuel Baker, later became colonial governors.

In modern times, the depictions of Africans as “backward” and “primitive” were disseminated through newspapers, magazines, books and Hollywood films, including the Tarzan series.* The demonization of Africans was so pervasive and effective that they became regarded as “savages,” universally, in the Americas, in Europe, and in Asia. The negative representations promoted racist White supremacy while diminishing the self-esteem of many Africans on the continent and in the Diaspora. What’s more, many contemporary writers, including Africans themselves, still view (and write about) Black people through the prism of bigotry, created over the centuries. Some of the most enduring, deep-seated stereotypes about Africans, African descendants, and the continent are that:

• The Black inhabitants of the African continent are “barbaric” and “primitive.”

• Africans have made no contributions to world history, culture, social, artistic and scientific developments.

• The African continent itself is so disease-ridden that it’s physically inhospitable.

Europeans claimed they took control of the continent to spread Christianity and to civilize the “natives.”

At each stage of the establishment of the exploitative relationship between Europe and Africa, White Supremacy, disguised as the “White Man’s Burden” or mandate to improve the lot of the “natives,” was invoked. So during the era of enslavement of Africans, people taken into captivity to the Americas were represented as sub-humans, in order to rationalize and justify the terrorism they were subjected to: capture, the Middle Passage, being auctioned off as property, and being worked to death on plantations, while enduring fiendish tortures.

During the period of colonial conquest in the 19th century, Africans were also depicted as inferior human beings, in need of Christianity and the civilizing influence of European governance.

Then in the era after independence, Africans were represented as people incapable of governing themselves, thus justifying and exonerating the Europeans who had enslaved and colonized them.

The demonization also rationalized post-colonial and contemporary Western military interference in Africa’s affairs, as in the Congo in the 1960s and Libya in 2011.

How and when did the negative representations of Africans begin? Images from the authoritative-sounding “Types of Mankind Or Ethnological Researches, Based Upon the Ancient Monuments, Paintings, Sculptures, and Crania of Races, and Upon Their Natural, Geographical, Philological, and Biblical History.” (Book plates, 1854)
Photo credit: J.C. Nott and Geo. R. Gliddon / Google Books

From the earliest period, Europeans were intrigued by the black skin-color of Africans. Some of the best minds published “learned” papers, through the centuries, offering explanations about the origins, the causes, and the meaning of blackness of skin.

Herodotus (484-425 B.C.), who is hailed as the “father of modern history,” opined that the “seed of the Ethiopians is also Black” and this sperm “which enters into the woman, is not white like that of other men, but black like their skin.”

Herodotus also taught his contemporaries and many generations thereafter about the continent’s peculiar and exotic inhabitants:

“For this is the tract in which the huge serpents are found, and the lions, and the elephants, the bears, the aspicks [Ed: Egyptian cobra], and the horned asses. Here too are the dog-faced creatures, and the creatures without heads, which the Libyans declare to have their eyes in their breasts; and also the wild men, and wild women, and many other less fabulous beasts. (The Histories, p.271).

Given Herodotus’ revered status as a scholar, few of his contemporaries could have challenged or refuted his “enlightened” assessment of Africans and the continent. So, the Western mind was conditioned to accept a fantastic and grotesque image of Africans and Africa from a very early stage. With white skin-color, being regarded as normative, black skin-color — extending to Africans — was viewed as an aberration that deserved scientific inquiry.

Negative attributes were conferred upon Black people. They were considered to be intellectually and spiritually inferior to White people. Those with darker skin-tone and more pronounced “African features” were perceived to be even less intelligent.

White physicians, scholars, religious leaders, and politicians offered their explanations for the origins and the meaning of blackness of skin. In Pseudodoxia Epidemica, (1646), Sir Thomas Browne, renowned for his writings on medicine, science, and religion, attributed blackness of skin to “black jaundice” or “mutations” or “inward use of certain waters” or “the power and efficacy of imagination.” (Pseudodoxia Epidemica, p.375)  In other words, Black people were originally White people who kept fantasizing about being Black until their wishes were granted. In the 18th century, Thomas Jefferson, a founding father of the American Republic, offered his opinion on the origins of black skin, in Notes on the State of Virginia (1781). At the same time, Jefferson was smart enough to know that he could not prove a claim that Whites were inherently more intelligent than Blacks, so he hedged a little. “I advance it therefore as a suspicion only, that the blacks, whether originally a

distinct race, or made distinct by time and circumstances, are inferior to the whites in the endowments both of body and mind,” Jefferson wrote.**

bile, or from that of some other secretion, the difference is fixed in nature, and it is as real as if its seat and cause were better known to us,” Jefferson continued. (Notes on the State of Virginia, p.iv)

Jefferson wanted to explain the differences between Blacks and Whites in order to justify why he advocated that freed Blacks were better off being resettled “beyond the realm of mixture with whites. ”

Jefferson did not want Black people to cohabitate or miscegenate with Whites.

“Besides those of colour, figure, and hair, there are other physical distinctions proving a difference of race,” Jefferson continued. “They have less hair on the face and body. They secrete less by the kidneys, and more by the glands of the skin, which gives them a very strong and disagreeable odour.”

Jefferson might have added that the profuse sweating was produced by the daily toil these Africans he was familiar with were forced to do. They were enslaved and worked on his tobacco plantation. (The alleged “disagreeable” odor didn’t prevent Jefferson from raping Sally Hemmings multiple times and fathering several children with her.)

In the first edition of the Encyclopedia Britannica (1866), a “Dr. Barrier,” explained that “the gall of negroes is black and, being mixed with their blood, is deposited between their skin and foreskin.”

However, Dr. Barrier did not have the final word on the matter. “Dr. Mitchel of Virginia,” according to the Encyclopedia Britannica “in the philosophical transaction, No. 476, has endeavoured by many learned

arguments to prove, that the influence of the sun in hot countries, and the manner of life of their inhabitants, are the remote causes of the colour of the Negroes, Indians, etc.”

Clearly, the good doctor from Virginia had struck on a novel theory with exciting possibilities, so the editors of the Encyclopedia did not shy away from extending Dr. Mitchel’s theory to its logical conclusion:

“And indeed, it would be a strong confirmation of his doctrine, if we would see any people, originally white, become black and woolly by transplantation, or vice versa.” The tendency to venerate Africans with less “negroid” features was found even in the writings of Europeans who condemned their enslavement. In her novel, Oroonoko: or The Royal Slave (1688), Aphra Behn, the 17th-century abolitionist, who was reputedly the first English woman to earn a living through her writing, tried to humanize Africans by assigning them what she considered to be “ideal” physical

“His face was not that brown rusty black which most of that nation are, but a perfect ebony, or polished black,” Behn wrote, describing Oroonoko, the hero of her novel, who was to later lead a slave revolt. “His nose was rising and Roman, instead of African and flat: his mouth the finest shape that could be seen, far from the great turned lips, which are so natural to the rest of the negroes.”

Behn noted that, except for her hero’s skin-color, which, due to no fault of his own, was black, “there could be nothing more beautiful, agreeable, and handsome. There was no one grace wanting that bears the standard of true beauty. His hair came down to his shoulders, by the aids of art, which was for pulling it down, and keeping it combed, of which he took particular care.”

This preference for alleged “European” features over “negroid” ones continues into the modern era. This is why, historically, European writers have written more adoringly about Tutsis as opposed to Hutus in Rwanda and Burundi, where the latter ethnic group, in both countries, comprises 85% of the population.

During its colonial regime, the Belgian authorities also elevated Tutsis as overlords over Hutus and

used the former to govern over the latter. This exacerbated some of the traditional hostilities that have, over the years, led to recurring interethnic massacres in both Rwanda and Burundi.

Milton Allimadi, winner of the James Wechsler Memorial Prize in International Journalism, is the co-founder, publisher, and editor of The Black Star News; an adjunct professor at John Jay College; a frequent guest on Inside City Hall, WBAI, and Voice of America’s Straight Talk Africa. He has a graduate. degree from the Columbia University School of Journalism, and an M.A. in economics from Syracuse University. He runs a free weekly journalism workshop for local residents in Bedford-Stuyvesant, Brooklyn. He was born in Uganda and is the son of a former prime minister of Uganda.