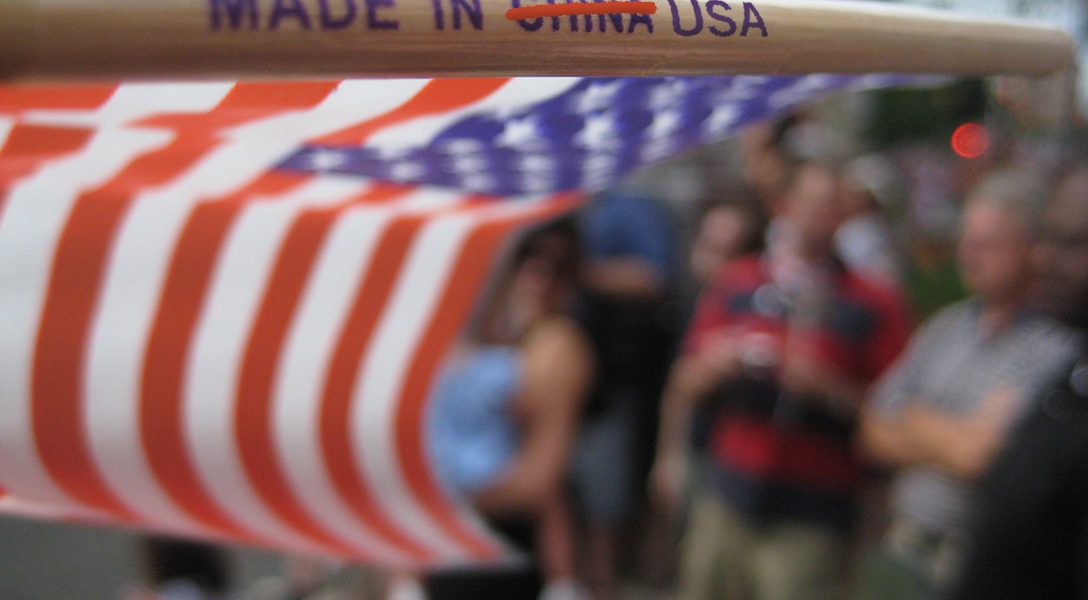 When Donald Trump speaks about the barriers that US companies face, he often mentions a high corporate tax rate and the ability of other countries to produce more cheaply. Ironically, China, which most often draws Trump’s ire for doing so, is now facing many of the same problems.

In fact, in one case that attracted a lot of attention in China, an executive said it is more profitable for his company to produce goods in the US than domestically.

The label “Made in China” has long been associated with bulk goods manufactured cheaply in Asia. But even as Trump rails about China — while his own companies still produce products there — China’s dominant role as the “world’s factory” is already eroding.

This is not only because of fierce competition from countries with even lower production costs, but because its companies are facing structural problems which are a drag on the domestic manufacturing sector.

Taxes on manufacturing, for example, can be up to 35% higher in China than in the US, Cho Tak Wong, founder and chairman of China’s largest auto glass manufacturer Fuyao Glass, told the Chinese business publication Yicai in December.

The interview attracted a lot of attention in China, with many business leaders echoing his sentiments. In particular, they complained about the burden of taxation and brought up other cost issues that are making the lives of Chinese manufacturers harder.

Cho noted that all of these reasons now make it more profitable for his company to produce goods in the US instead of manufacturing them in China, and exporting them. And he has put his money where his mouth is.

Having invested about $750 million in the US since 2014, including launching two factories in Illinois and Ohio, Fuyao Glass plans to open a third American plant in Michigan this year, bringing its investment in the US to a total of $1 billion, Reuters reported.

Speaking of other costs of his US factories, Cho said in the video, “land is basically free, the price of electricity is half of that in China, and the natural gas price is only one-fifth.”

For products sold in the US, Cho estimated that the profit is 10% higher by manufacturing there instead of exporting the same goods from China. He listed taxes, utilities and tariffs as factors contributing to his calculation. The Pain of Taxes

Cho attributed the higher taxes to China’s value-added tax (VAT) system. While the US only imposes taxes on a company’s income, the Chinese government collects taxes on income as well as each phase of the products’ circulation in the market, from buying to processing to reselling. For industrial manufacturers who turn raw materials into finished goods, the VAT is usually 17% of the value added.

To counter Cho’s complaints, the Chinese government has pointed out that it launched a tax reform scheme beginning in 2011. Its purpose is to gradually cancel the “business tax” on revenues. These new policies have cost the government about $17 billion in lost taxes from the manufacturing industry between May and November of last year, said Xiao Jie, the Minister of Finance, in a press conference.

Only about 1.5% of the taxpayers saw an actual increase in taxes under the new policies, Xiao added.

However, as the cooling economy makes it harder to generate profits, a manufacturer’s willingness to tolerate these taxes is reduced, and the extent of the tax cut does not make up for the lower profit, Chinese economist Ba Haiying told WhoWhatWhy.

“Businesses’ capacity to afford taxes is being weakened by oversupply, higher labor costs, lower added value and thinner profits in the market, as well as the hit of technology innovations like robots in the labor-intensive manufacturing industry,” said Ba Haiying, partner at Beijing-based ZhongHui Certified Tax Agents Company.

The modest tax reform implemented by the Chinese government stands in stark contrast to the plans offered by Trump on the campaign trail and the Republican-led House. The new president proposed to cut the corporate tax rate to 15% while some House Republicans want to see it reduced even more.

“Lowering our effective marginal corporate tax rate from its current value of 30%, if not higher, to 0% — as proposed in the House tax plan, will make the US the most tax-attractive developed country in which to invest,” Laurence Kotlikoff, an economics professor at Boston University, told WhoWhatWhy. Facing the Risk of a US-China Trade War

The possibility of more restrictions on the US-China trade is definitely wracking the nerves of Chinese manufacturers.

Part of what makes it more profitable to produce in the US for Fuyao Glass and other manufacturers is incentives offered by local governments.

In Ohio, for example, the company received a package of benefits that was worth $30 million and offset the $15 million it spent to purchase the 1.6 million-square foot facility in Ohio, and another $15 million in construction costs, Cho said in an interview with Xinhua.

In return, the factories added about 1,700 manufacturing jobs in the US, according to Fuyao Glass’ website.

It must be noted, however, that Fuyao Glass could not have built a facility in the US without the approval of the Chinese regulators, including the Ministry of Commerce and the National Development and Reform Commission. Chinese leaders see a benefit in moving some production plants out of the country, which is in stark contrast to Trump’s protectionist “America First” approach.

“The Chinese government’s policies support some manufacturers, like Fuyao, to increase their competitiveness by better collaborating with foreign players [such as General Motors in this case],” Ba said. General Motors had encouraged Fuyao Glass to move some production facilities to the US in order to lower costs.

This is one example of a Chinese company bringing jobs to the US. However, it is unlikely to dissuade Trump from taking a tough line against China, even though economists say that the availability of cheaper labor elsewhere is not that critical in explaining the decrease of manufacturing jobs in the US.

As in other countries, the largest problem is the number of jobs deprived because of technological improvements, Michael Knoll, co-director of the University of Pennsylvania’s Center for Tax Law and Policy, told WhoWhatWhy.

Studies have found that US manufacturing lost 5.6 million jobs between 2000 and 2010, but only 13% of the loss resulted from international trade, while 85% was attributable to automation, according to the Financial Times.

These facts and China’s investments in the US might not prevent Trump, who has accused China of taking American jobs and manipulating its currency, from starting a trade war between the world’s two biggest economies. While that may have some short-term benefits for the US, it would likely harm both countries in the end.

“I think President Trump’s apparent decision to start a trade war with China and accuse it of currency manipulation is an enormous mistake made by someone with no training in economics,” said Kotlikoff from Boston University.