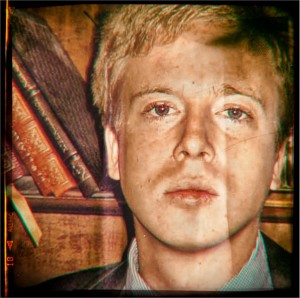 On March 5, federal prosecutors filed a motion to drop 11 of the 17 counts against ‘hacktivist’ journalist Barrett Brown, who has spent the last year-and-a-half in pre-trial detention waiting for his case to be heard later this spring.

United States Attorney Sarah R. Saldana of the Northern District of Texas asked the judge overseeing the case to throw out count one and counts three through twelve from two of the three criminal indictments unsealed against Brown in 2012.

Now, instead of facing over a century behind bars, the 32-year old Brown will be facing a maximum of 70 years in the clink if convicted on the remaining charges: conspiracy to publish personal information, retaliation against a federal officer, access device fraud and two counts of obstruction of justice.

The now-departed charges for linking had caused uproar among journalists and free speech advocates. Prosecutors alleged that by sharing a hyperlink to an email cache from the government-connected private intelligence firm Stratfor, Brown was trafficking in stolen authentication features and committing identity theft. A handful of Stratfor subscribers had their credit card information in the email hoard. The absurdity of the link charges attracted unwanted media attention from the likes of the New York Times, Rolling Stone, and former Guardian columnist Glenn Greenwald.

Of course, before they were on the case, we were. WhoWhatWhy has been reporting on Brown’s travails for over a year.

Although his supporters are breathing a sigh of relief, this may make Brown’s battle even more uphill. The other charges are not of the farcical variety in the same manner as those related to linking. Without the criminalization of his journalistic pursuits, Brown can once again be discarded by the mainstream as a young, brazen hacker-type who got too big for his britches and took on the FBI.

Even as the government tones down its over-prosecution, Brown’s work as an investigative journalist makes him an invaluable resource. That’s why we’ll continue to cover him, even if the mainstream pulls away in light of the good news.