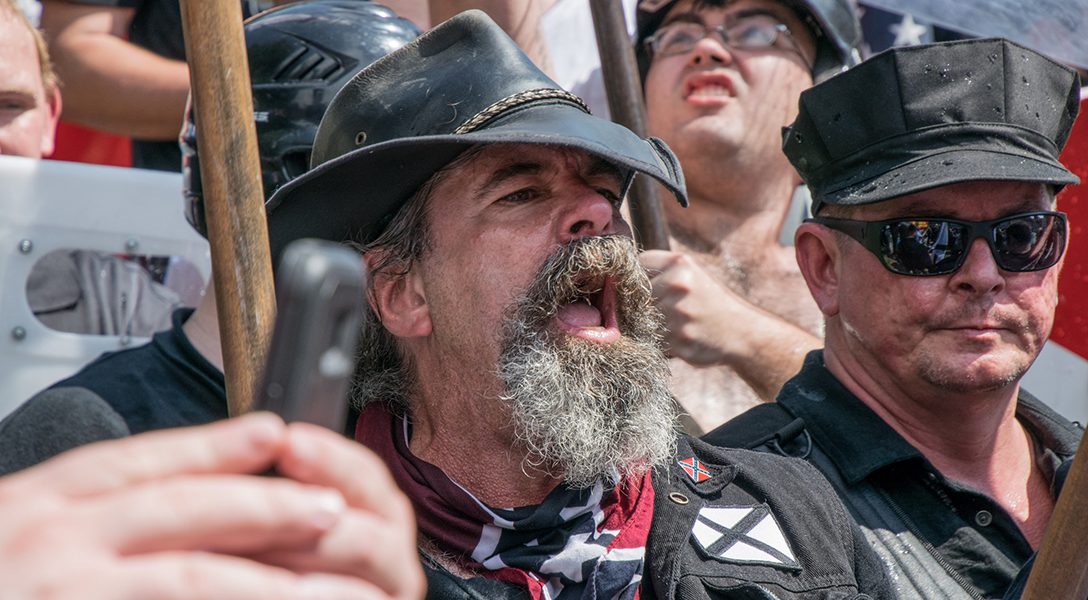 GOP Quickly Running Out of Time to Dump Trump

It brought to mind heated conversations I had years ago with Republican aides on The Hill, folks I have known from when I reported on such things back in the 80s and 90s.

Those conversations were sparked by the first signs of trouble: the Tea Party insurgents. I warned those GOP operatives: “Clean your party’s skirts of these nuts or they will overwhelm you and take over your party.”

They scoffed at me, adding that I should be worried that the Hillary Clinton wing of my party would do the same to the DNC.

In hindsight, we were both right. The Tea Partiers did take over the GOP and, by the time they did, they had morphed into the racist, fascistic “deplorables” we’ve seen in recent weeks.

And the Hillary Clinton wing of the DNC proceeded to ruin any chance of putting a genuine progressive in the White House in 2016.

Don’t get me wrong. Of course I worry far less about what genuine, overt damage the Hillary wing of the DNC is capable of. With them it’s more of “business as usual,” which actually means they don’t know whether the party should shit or go blind, so they just walk around with one eye closed farting. Aggravating as hell, but hardly apocalyptic.

The new devolved-GOP on the other hand, is a clear and present threat to virtually everything this nation has espoused and held dear for two centuries. So, in that regard the GOP’s problem is everyone’s problem.

Those GOP aides who laughed at me back then are now “in despair,” and well they should be. They thought they were smart enough to play a very dangerous game. A game in which they pandered to America’s lowest-common-denominator, the uneducated, the under-educated, the ignorant, the racists. They figured they could just pocket their votes, and walk away unscathed.

In 2016 they got exactly the salesman they needed to pull off that trick. A guy who made his fortune fooling people, lying to people, screwing people, and successfully. He walked away unscathed, leaving the suckers in his wake begging for crumbs, usually unsuccessfully.

“The secret of the demagogue is to make himself as stupid as his audience so that they believe they are as clever as he.” — Karl Kraus

By 2016 the Republican establishment figured their anti-intellectual zombie army would help them seize total power. Then, with a pliant halfwit in the White House, they could push through the kind of far-right agenda that polite society had denied them for so many decades.

Instead, what they got was exactly what I predicted 15 years ago. They have now lost control of the whole thing: their agenda, their dignity, (or what was left of it), control of their party and, come 2018, the power they sold their souls to get.

I don’t know what’s going to happen with the whole Russia thing. From what I have seen it’s abundantly clear that Donald Trump was up to his silk neckties assisting Russian oligarchs close to Putin launder hundreds of millions, and possibly billions, of dollars through various sham real-estate and fake Russian oil company “privatization” schemes. His fingerprints are all over the evidence, and now that someone is finally conducting a proper and thorough forensic analysis of those deals, the jig is up for The Donald.

Whether Mueller gets to him before he pulls a Sarah Palin and just quits is anyone’s guess. But one thing is abundantly clear: the GOP will pay, and pay dearly, for the Faustian deal they made with America’s slimy racist, neo-fascist underbelly.

This past week’s Nazi marches had the reverse effect than what the deplorables had in mind. Instead of growing their ranks and convincing folks they held the answers to our problems, they re-educated Americans on the subject of racism and fascism. More than 80 years after fascists took over Germany and plunged the world into the abyss, we’d become entirely too sanguine about all that. We’d forgotten what true evil looks like, smells like, sounds like, feels like.

How long before Republicans in Congress acknowledge what they’ve done, to their party and to their nation? We are now judging them by the clock. How many more days, weeks, months before they stand up and say, “Enough!”

That clock started ticking much louder this past week.