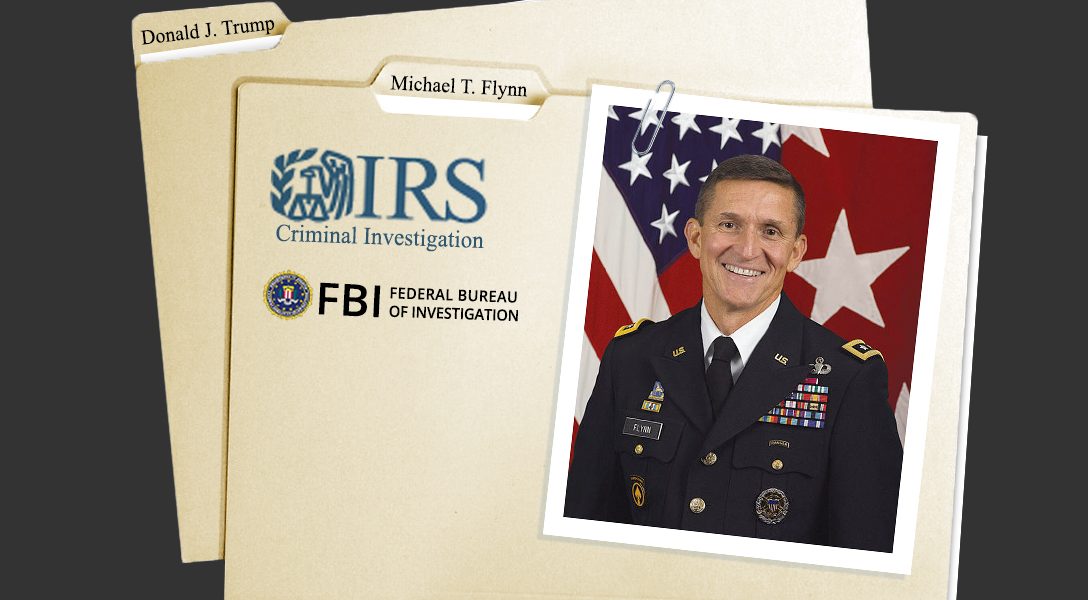 “Follow the money!” This is not only a phrase made famous by the Watergate scandal and the subsequent investigation; it’s also good advice for anyone trying to dig out the truth that someone else wants to keep hidden.

An IRS probe requested by the Watergate Special Prosecutor in 1973 led to a slew of indictments. Now, with the Trump administration facing a similar investigation, could the IRS once again play a key role in helping to bring the truth to light and key players to justice?
Even before President Richard Nixon resigned in disgrace in 1974, Vice President Spiro Agnew was forced from office by an IRS criminal investigation that discovered tax violations committed when Agnew was governor of Maryland.

When President Bill Clinton and first lady Hillary Clinton were involved in the Whitewater investigation of financial misdeeds surrounding a real estate deal in Arkansas, it was the IRS Criminal Investigation (CI) division that provided financial-investigative expertise to the FBI in a probe that led to a number of convictions of business associates of the Clintons.

What if IRS CI investigators were brought about to supplement the FBI’s Russia-Trump inquiries?
It has recently been reported that the Russia investigation is no longer purely a counterintelligence investigation but now also includes a criminal probe. There are also reports that financial documents related to the Russia investigations have been requested/subpoenaed at the US Treasury Department’s Financial Crimes Enforcement Network (FinCEN). Now that the FBI investigation seems to be morphing into a “follow the money” probe, will Special Prosecutor Robert Mueller bolster the team of investigators that James Comey assembled with specialists from the unit that Eliot Ness made famous in the Prohibition era investigation and successful prosecution for tax evasion of Al Capone?

IRS Critical to Following the Money

FinCEN is essentially a massive repository of information drawn from financial institutions all over the country as well as from overseas. Its multiple specialized databases are available to authorized law enforcement agencies, such as the FBI, IRS, DEA, and ICE.

The official mission of FinCEN, which was created in 1990, is “to safeguard the financial system from illicit use, combat money laundering and promote national security.” But FinCEN employees are not trained in conducting counterintelligence, counterterrorism, or criminal investigations involving sophisticated unlawful activity, like foreign corruption, bribes, and kickbacks.

Money laundering investigations necessarily involve financial transactions but these transactions must tie back to Specified Unlawful Activity (SUA) before successful prosecution(s) can be brought. This is where trained Federal law enforcement agencies with expertise in sophisticated financial crimes — such as the IRS CI — can play a critical role.

These agencies will be analyzing the financial data with an eye for evidence of an underlying crime or illegal source of funds — like embezzlement, theft, extortion — that can be connected to the raw financial transaction evidence obtained via subpoena.

One target of such an investigation will probably be Michael T. Flynn, the retired US Army lieutenant general who briefly served as President Donald Trump’s National Security Advisor until he was forced to resign over his attempt to lie about his communications with the Russian ambassador to the United States

Mueller will certainly call in an IRS CI to review Flynn’s personal and business tax returns to examine whether he reported the payments received in December 2015 from RT (the TV network sponsored by the Kremlin). Flynn purportedly did not disclose these payments on his SF 86 security disclosure forms; indeed, he reportedly lied about them, allegedly claiming they were not from a foreign entity but from “American companies.” Furthermore, it would be logical to review Flynn’s 2016 tax returns to ascertain whether he reported the half million or so payments from Turkey. We already know from the forms Flynn filed which have already been made public that he took out a mortgage loan of between $500k-$1M in 2016. Investigators should have lots of questions with regard to the above. How was Flynn planning on making his mortgage payments on a government salary?

It should be noted that falsifying a government form signed under oath, e.g., SF-86, is prosecutable under Title 18 Sec 1001. (Lying to Federal investigators can be grounds for perjury, a violation of a separate federal statute. Filing a false income tax return can be prosecuted under Title 26 Section 7201 or more likely 7206(1).

Given that we know Flynn falsified his SF-86 with regard to his Russia payments in 2015 and then lied about the source of his payments to investigators when he had an obligation to request permission to receive payments from a foreign country, any prosecutor would want to ask just how Flynn treated his foreign payments on his tax returns.

Did he continue his concealment of the source, ownership, control of these foreign payments? Or did he make a full reporting of the payments on his tax returns? The main money-laundering statute is Title 18 Section 1956(a)(1), which makes it a crime to knowingly conduct or attempt to conduct a financial transaction with proceeds from a specified unlawful activity with specific intent to promote that activity or conceal or disguise the source, origin, nature, ownership, or control of the proceeds.

An additional reason to obtain Flynn’s income tax returns for 2015 and 2016 would be to review Schedule B of his individual 1040 tax returns to determine whether he checked off the boxes at the bottom of the form as to whether he admitted ownership of any foreign bank accounts.

If he checked off yes to these questions, then the next question is whether he filed any reports of Foreign Bank Account (FBAR) activity/ownership with FinCEN using form 90-22-1. This FBAR report must be filed if ownership of a bank account holding over $10,000 during the calendar year is maintained.

The above paper trail may provide answers to such questions as: How did Flynn get paid by RT from Russia? Wire transfer? Directly to an American bank account or through a foreign-held bank account? Did Flynn use an LLC to make or receive payments from Russia or Turkey? Did this LLC have an offshore account? If so, where? Did Flynn ever personally transport large amounts of cash overseas? Did FinCEN file CMIRs? What are the details?

Other questions that FinCEN records could help address:

Did Flynn enter into any cash transactions with his foreign clients? Above $10,000 then there should be Currency Transaction Reports (CTRs) available detailing account information. If Flynn entered into cash transactions at a financial institution below $10,000, were any Suspicious Activity Reports (SARs) filed? What do they say?

Did Flynn ever wire-transfer large amounts of money overseas? What Money Service Business (MSB) did he use? Whom did he transmit the money to and for what purpose?

Finally, it would be nice to know if FinCEN was requested by the FBI or any other appropriate authority via Patriot Act 314(a) protocol to request all financial institutions related to FinCEN whether any accounts were identified for Flynn that were not reported on his SF-86 disclosure form or his personal income tax returns.

This information could only be used for lead purposes but it could easily be followed up by MLAT treaty requests so that the bank records could officially be introduced into a judicial proceeding. It should be noted that the US does have MLAT agreements with Turkey and Cyprus.

There is much to be gained here in conducting a comprehensive financial investigation into Michael Flynn particularly if done by the real experts, the heirs to Elliot Ness. Just like with Watergate, we will all know that the Russia investigations have gotten serious if Mueller calls in the cavalry: IRS Criminal Investigation.