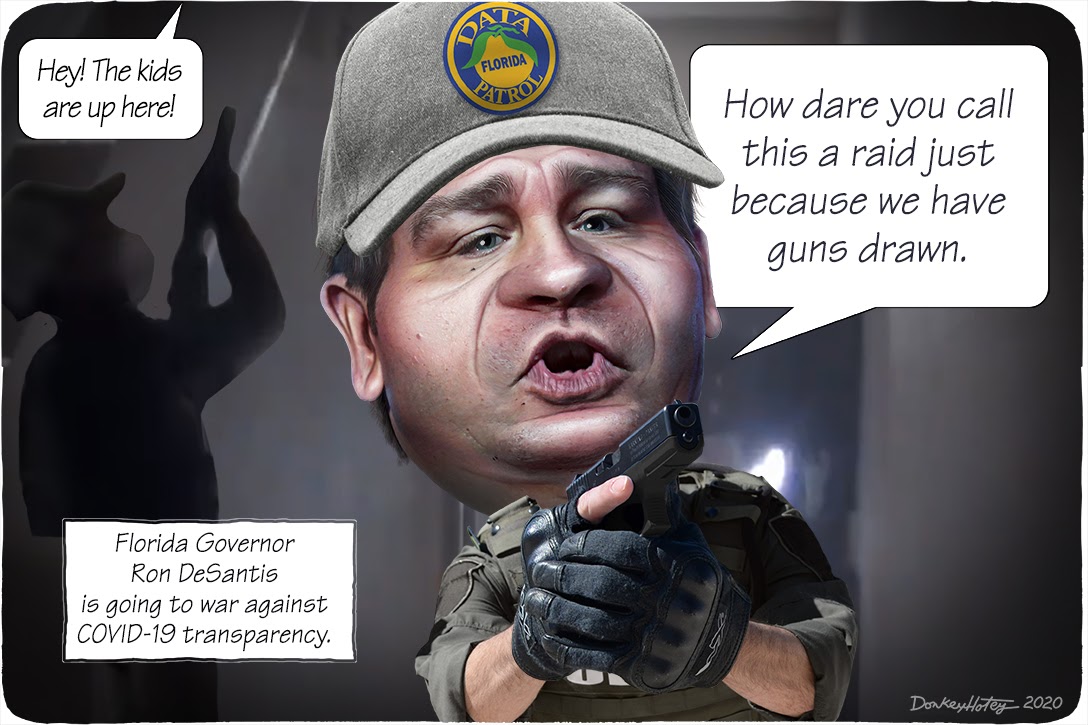 Whistleblowing is a thankless task. Consider:

If you’re Rebekah Jones of Miami, FL, you’ve got to — first of all — deal with the hassle of building a coronavirus dashboard that compiles infection statistics for the state; then you’ve got to endure the bureaucracy of, as she tells it, being pressured to manipulate data to present a rosier picture of Florida infection rates; then go through the rigamarole of being fired from the Department of Health for not manipulating said data; then start your own database to tell the unvarnished story; and then, finally, have to rush around on (ugh) a Monday morning to get the house ready for guests from the Florida Department of Law Enforcement (FDLE) to visit, guns drawn, to confiscate computer equipment.

On top of all that, Jones had to be the consummate host the whole time, asking her husband to come down the stairs, inviting the state agents to not point their guns at her family, making sure to document the thing for posterity.

1/
There will be no update today.

At 8:30 am this morning, state police came into my house and took all my hardware and tech.

They were serving a warrant on my computer after DOH filed a complaint.

On the upside, if you’re Jones, you suddenly get a lot of attention for your dashboard, plus a ton of spilled ink, cable news invites, and a dynamite new title from Florida Gov. Ron DeSantis (R): “Darling of the fever swamps.”

DeSantis, by the way, at first claimed he didn’t know about the raid, and then admitted he did; the discussion now is over whether the raid is really just retribution for Jones surfacing data that interfered with DeSantis’s attempts to reopen the state. (This was a viral wave or two ago.)

This is one of those stories that could get away from us pretty quickly. Jones was involved in a sex scandal with a student when she was a professor at Florida State University. Her lawyer removed himself from her case after his wife, an investigator with the FDLE, was assigned to Jones’s case. For some in the Florida government, it’d be great if the drama took over the story so that everyone would forget about the guys with guns, the dueling dashboards, and maybe the whole COVID thing altogether.