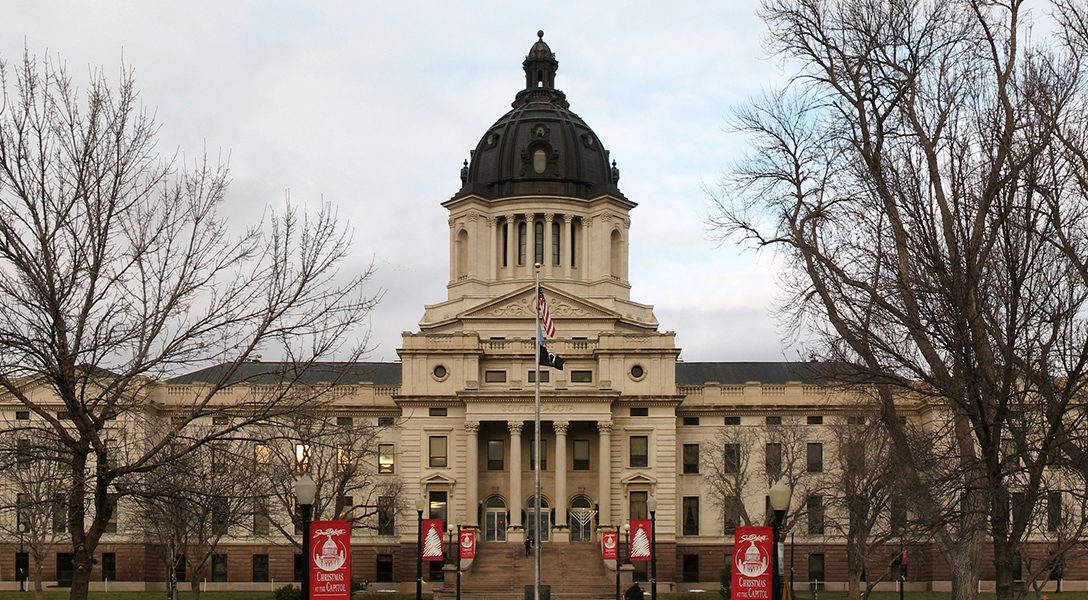 Fighting the Koch Brothers for Transparency in South Dakota

In early February, a plane soared over South Dakota’s capitol building, tugging a banner that read:

“Shame on you. Respect our vote.”

Inside the Senate chamber, legislators didn’t seem to get the message.

With support from the Koch Brothers, those legislators passed an emergency repeal of a groundbreaking anti-corruption bill known as Initiated Measure 22 (IM-22).

In doing so, they undermined the will of voters who had approved the measure by a narrow margin in November. Many citizens watched in disbelief as their hard-fought grassroots campaign to broaden transparency unraveled at the hands of the very politicians they had hoped to hold more accountable.

But the activists from last year’s initiative aren’t letting politicians have the last word. They’re meeting with citizens across the state to craft a fortified constitutional amendment for the 2018 election which will be more difficult for the Republican supermajority to repeal ─ any legislative changes to the state’s Constitution have to first be approved by voters.

It’s likely that Represent South Dakota, a bipartisan group stemming from last year’s initiative, will have to go up against the Koch brothers for the second year in a row. In the fight for IM-22, the group’s national sponsor, Represent.Us, succeeded in fending off the Kochs’ Americans for Prosperity, which contributed nearly $650,000 to defeat the bill. Organizers from Represent South Dakota found success by working in the most democratic way possible: Going door-to-door and engaging with people on a direct and personal level. They intend to utilize similar tactics this year by preparing a wide network of volunteers for a grassroots signature drive beginning this summer.

Creating that network last year took a great deal of money. Represent.Us spent over $1 million to support the bill. By all measures, a similar amount of money will be needed for this year’s amendment.

The new referendum is currently undergoing an approval process with the state’s Attorney General. Then, it will need nearly 28,000 signatures to get on the ballot, which is roughly double the requirement of a measure that does not entail constitutional changes. Yet, Doug Kronaizl, a spokesman for Represent South Dakota, insists that this goal is reachable, especially as interest in anti-corruption legislation surges in the wake of the repeal.

“Despite whatever rhetoric [legislators] want to sling, these are South Dakotans who are clearly upset with what their legislature did this past session,” Kronaizl told WhoWhatWhy. “I’ve been meeting with them face-to-face across the entire state. They were the ones who came out and filled the gallery at the Senate when they repealed the bill.”

The new constitutional amendment drawn up by Represent South Dakota will contain most of the regulations in last year’s anti-corruption bill, including a two-year waiting period for former state legislators to join lobbying groups and more rigorous disclosure of campaign contributions.

What will not be included is the most controversial element of IM-22: a publicly-funded voucher program which would have given voters two $50 “credits” to donate to candidates of their choosing.

According to Darrell Solberg, a former state representative who co-chaired the campaign for last year’s measure, the anti-corruption measures in the proposed amendment are long overdue in a state where the interests of ordinary citizens are frequently undermined by big-money interests and corporate lobbyists.

“We’ve had so many questionable actions out here that have not been thoroughly investigated or transparent,” he told WhoWhatWhy. “And consequently, the public feels that they have been left out. That’s why interest was so high in campaign reform ─ getting big money out of state government.”

The Center for Public Integrity corroborates citizens’ claims of government corruption, listing South Dakota as 47th in its accountability rankings. In one case that earned national media attention, state lawmakers were accused of coordinating the privatization of a government-sponsored foreign investment program for their own financial benefit.

Another well-documented scandal involved individuals who funneled millions of dollars from a state-run education program known as “Gear Up”. The accounting company that failed to identify the program’s wide financial discrepancy is owned by a current Republican state representative.

South Dakota’s corruption debate is at the center of a proxy war over the role of corporations and other special interests in the post-Citizens United political landscape. If passed, the new Anti-Corruption Amendment could serve as a model for campaign-finance reform bills elsewhere in the country.

That’s why transparency advocates say South Dakota’s proposed amendment is getting so much attention from corporate interests like the Koch brothers. A recent Washington Post article, for example, suggests how the brothers’ influence on American politics could be eroded if they had to disclose the full extent of their campaign contributions under a nation-wide transparency law.

And even in conservative-leaning South Dakota, some citizens take offense at the untraceable nature of campaign donations, which allows contributors to influence elections without ever having to defend their positions publicly.

But Ben Lee, the South Dakota president of Americans for Prosperity, argues that the fundamental disagreement between the two sides battling over anti-corruption regulations lies in how they view their state’s leadership.

Represent.Us chapters in dozens of cities and in at least four other states have vowed to join South Dakota in drafting Anti-Corruption campaigns for their 2018 elections. Nearly all of them will use the people’s voting power to enact change at the grassroots level.

Represent.Us hopes this spirit of change will eventually visit Washington where it has proposed a nationwide Anti-Corruption Act. But for now, its interests are firmly rooted in South Dakota’s referendum, the starting point for a movement that could radically alter the role of money in the American political system.