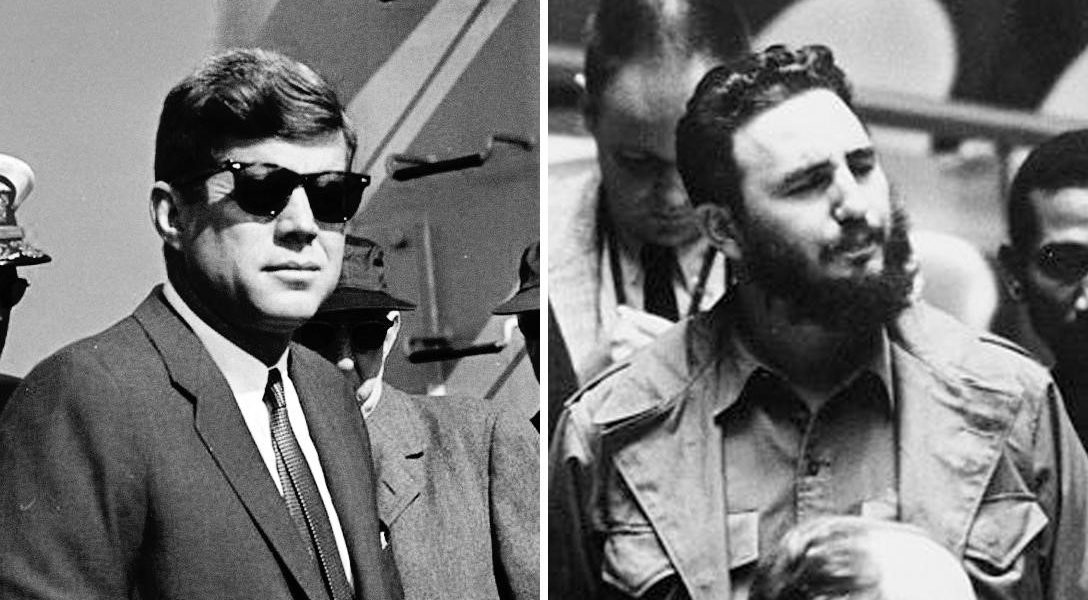 This is Part 1 of a three-part series of excerpts from Castro’s speech of November 23, 1963.  Please go here for Part 2, and here  for Part 3. [Note: these excerpts have been compressed.]

In the circumstances that surrounded the assassination of President Kennedy, we believe it has no justification. But analyzing the question from the political, objective point of view, I also said it was serious news, bad news.

And some will ask why? Why precisely the Cubans, who have received so many aggressions on the part of the United States, from the Kennedy Administration itself, why can they say that it is bad news, why can they take an attitude of this kind in the face of this news? But in the first place we Cubans must react as revolutionaries. In the second place, we Cubans, as conscious revolutionaries, should not confuse men with systems. And we have to begin by considering that we do not hate men, we hate systems….

In the United States there are very reactionary currents, racist currents, that is to say opposed to the demand for the civil and social rights of the Negro population, Klu Klux Klan people, who lynch, who kill and use dogs, who bitterly hate all Negro citizens in the United States, who nurture a brutal hatred. Those naturally are the ultra-reactionary.

In the United States there are economic forces, powerful economic interests, just as ultra-reactionary, who have a completely reactionary position on all international problems.

In the United States there are partisans of the application of drastic measures against any government that adopts the smallest measure of a nationalist character, of an economic character that benefits its country.

In the United States there are also liberal currents, some more liberal, some more advanced, other less advanced. There are some men on the right who are more radical, and other more moderate. There are certain intellectual sectors that are not constantly thinking in terms of force, but are thinking along lines

You will recall that on the eve of the October crisis of last year, there was a whole campaign, with great pressure, including laws and resolutions in Congress, pushing Kennedy and the Administration towards war, trying to create a situation of imperative action.

Everybody will recall that on other occasions, we have stated that one of the political errors of Kennedy in respect to Cuba was to have played the game of his enemies. For example, to have continued the invasion plans against Cuba that the Republican administration had organized.

And out of all this arose the possibility in the United States for a policy of blackmail on the part of the Republicans. That is, Kennedy presented the Republicans with the weapon of Cuba.

How? He continued the aggressive policy of the Republicans, and they used it as a political weapon against him. But at times very strong campaigns, powerful movements within the United States Congress pressed the Administration for a more aggressive policy against us.

All those factors and all these forces on the extreme right in the United States fought Kennedy very hard precisely on those points in which he did not agree with the extreme aggressive policy called for by these sectors.

There are a number of issues that gave rise to constant criticism by these ultra-right sectors. For instance, the Cuban problem, the agreement reached at the time of the October Crisis not to invade Cuba, one of the points in Kennedy’s policy most consistently attacked by the ultra-reactionary sectors.

Everyone knows what our position was on this problem. Everyone also knows the reason for our position, regardless of the fact that we consider that this was a step forward that could mark the beginning of a policy of lasting peace, in favor of true disarmament, but a policy that was never applied in our case.

Because while the nuclear test ban treaty was being signed, the policy of aggression against Cuba was accentuated.

That is to say, there were many sectors in the United States, many ultra-reactionary elements that carried out a fierce campaign against the nuclear test ban treaty.

We are not dealing with the case of a revolutionary law or of a great effort, because this great effort in favor of equality and civil rights, especially in favor of the rights of the U.S. Negroes, has not been made in the United States. But be that as it may it was legislation that contained a series of measures that, from a legal point of view, tended to protect the rights of the Negro population. This legislation was blocked and held back by the strong opposition of the most reactionary sectors in the United States, of those sectors in favor of racial discrimination.

And thus, on a whole series of issues of international policy, there are in the United States elements that support a preventive nuclear war, who are in favor of launching a surprise nuclear war, because they stubbornly think that this should be the policy of the United States. Reactionary and neo-fascist elements without any consideration whatsoever for the most elementary rights of nations or the interests of mankind.

And it is a strictly objective fact that there are such types of capitalists, such types of reactionaries. And there is no doubt that the worst type of capitalism is nazism; the worst type of imperialism was nazism. And the most criminal mentality was the mentality of imperialism in its nazi form. And so there is a whole series of degrees in these questions.

And these are the sectors, the currents, the only ones that could benefit by an event such as the one that occurred yesterday in the United States….

We are grateful to Dr. Martin Schotz who included this speech in his book “History Will Not Absolve Us: Orwellian Control, Public Denial, & the Murder of President Kennedy.:” (Published by Kurtz, Ulmer & Delucia, December 1996)