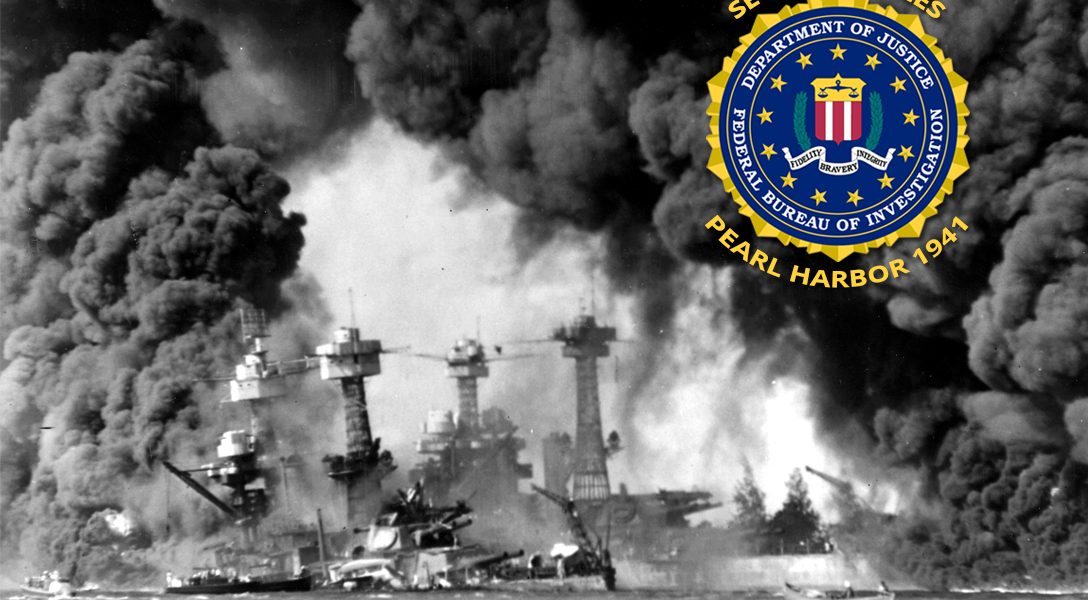 Did the FBI Drop the Ball on Pearl Harbor?

Freedom of Information Act (FOIA) requests show that, even today, the Federal Bureau of Investigation (FBI) is withholding thousands of pages of documents relevant to intelligence obtained before Japan’s 1941 attack on Pearl Harbor. The files involved were not supplied to the nine subsequent official enquires into the disaster. As a consequence, even now, there has been no adequate investigation of how the Bureau and other agencies handled the pre-attack intelligence. Instead, the commanders in chief in Hawaii at the time, the Navy’s Admiral Husband E. Kimmel and the Army’s Lieutenant General Walter Short, bore the brunt of the blame.

Enough is known about two of the withheld files to establish that they relate to Japanese espionage in Hawaii. One, the FBI has told us, contains more than 2,500 pages relating to 1941 alone. A copy of a document from the file, which we discovered among released State Department files, may explain the withholding. It shows that an FBI source identified Japan’s most important spy in Hawaii, a consular official using the name Tadashi Morimura, nearly five months before the attack.

This crucial bit of intelligence, however, led to no breakthrough in divining the intentions of the Japanese military. Instead, Hoover’s agents squandered this and other opportunities to find out what Japan was planning:

More than a year before the attack, the FBI had identified a German resident in Hawaii, Otto Kühn, as a possible spy for Germany’s ally, Japan. It noted that Kühn was living beyond his means and often entertained US military personnel. Surveillance of Kühn, however, was only intermittent. He met unobserved, at his home, with Morimura, only weeks before the attack. An FBI report would erroneously conclude that he was not involved in espionage after all.

In March 1941, in the course of penetrating a German spy ring in New York, the FBI seized German spy reports on US fleet strength and on Army defenses at Pearl Harbor that were deemed “of interest to our yellow allies.” The spy report was not shared with the Bureau’s Navy and Army counterparts in Hawaii.

In August 1941, British intelligence provided the FBI with a very detailed German military questionnaire about the defense capabilities of the base at Pearl Harbor — one that was rated urgent. The FBI did share that with Navy and Army intelligence, but nobody treated the questionnaire as significant.

Just five days before the attack, a turf squabble between the Bureau and Navy intelligence in Hawaii — it was characterized as “childish” by a later investigator for the Secretary of War — resulted in all phone taps on the Japanese consulate being removed. At a crucial moment, the opportunity to gain potentially vital intelligence was lost.

FBI mistakes were acknowledged in some of the bureau’s internal investigations. Assistant Director Milton Ladd would later report to J. Edgar Hoover that there had been “general investigative delinquency in the field during the period immediately prior to and subsequent to Pearl Harbor.”  The Director, however, ever adept at deflecting criticism, pointed the finger at others.

Documents show that Hoover wrote to President Franklin D. Roosevelt and to Supreme CourtJustice Owen J. Roberts, who was leading the initial Pearl Harbor inquiry, stating that military intelligence had intercepted the “complete plans” for Japan’s attack 10 days before the raid. The inference was that the military had done nothing.

The FBI focused attention on a supposedly sinister phone conversation it had intercepted, 36 hours before the raid, between an ethnically Japanese couple and a caller from Tokyo. The Bureau had shared a transcript of the call with Navy and Army intelligence, who had not thought it significant. Congress’s later Joint Inquiry would heavily criticize the military on that count. When briefing congressional leaders, however, Hoover failed to say that the FBI also now thought the call had likely been innocent.

So deeply ingrained was the infamous mantra “Don’t Embarrass the Bureau” that Robert Shivers, the agent-in-charge in Hawaii, rushed to write Hoover after the attack: “I want you to know that I have upheld the Bureau in all its interests since the beginning of the attack on December 7…My first loyalty, thought and obligation is to you and for you — next comes the Bureau and after that the general welfare.”

In a March 1941 report, Shivers had written, “It is not conceivable that there could be a hostile attack on the Hawaiian Islands so long as the Pacific Fleet is present…”

In a review of a report on the Bureau’s work before the Pearl Harbor attack, Assistant Director Ladd was to recommend that — should the report be supplied to Congress — this line and several others would need to be “eliminated”. It was decided not to provide Congress with any part of the 501-page report. Unlike other intelligence chiefs, Hoover himself never testified before  any of the official inquiries into Pearl Harbor.

Today, there can be no excuse for continued retention of the thousands of pages of FBI documents on the catastrophe that are still withheld.

Anthony Summers and Robbyn Swan are the authors of A MATTER OF HONOR, Pearl Harbor: Betrayal, Blame and a Family’s Quest for Justice, just published by Harper.