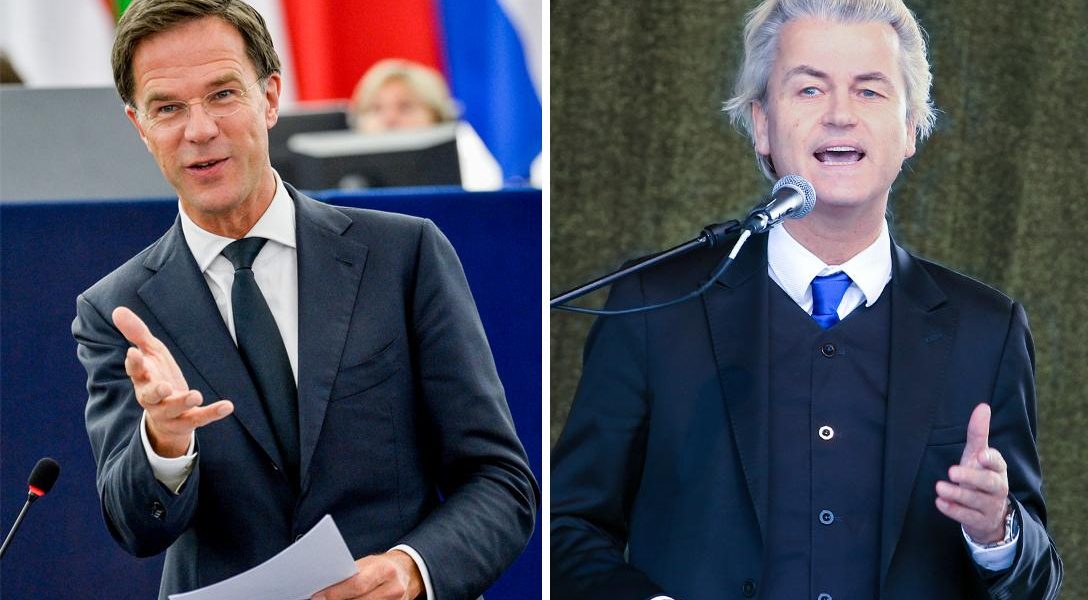 Whoever wins this week’s Dutch elections, immigrants are already the biggest losers.

Geert Wilders, who is often called “the Dutch Donald Trump,” will not necessarily head the government even if he wins the most seats in parliament. But he has taught the current Prime Minister Mark Rutte to pit Dutch voters against immigrants and their children.

The American right’s favorite Islamophobe and a columnist for Breitbart news, Wilders is campaigning with the slogan, “The Netherlands Ours Again.” He promises to close all mosques and ban the Qur’an. He also calls for “Nexit” — the Netherlands leaving the European Union.

In the wake of Britain’s vote to leave the European Union (Brexit) and Trump’s election as US president, the world is obsessing over Dutch polls to see if “Trumpism” will score a victory in The Netherlands, one of the world’s most democratic countries.

Wilders’s anti-Islamic, anti-EU and anti-immigration Party for Freedom (PVV) is in a tight race for the lead with Rutte’s center-right People’s Party for Freedom and Democracy (VVD). At a minimum, Wilders will likely add to his seats in parliament after the March 15 polls. About 40% of voters are undecided, giving hope to Dutch progressives that a left-wing coalition is still possible.

It is Rutte, in office since 2010, who has the best chance of forming a new government. Veering right, he is now competing with Wilders to articulate the feelings of a so-called “silent majority,” saying immigrant youth should fit in or pleur op (“fuck off”).

The Dutch elections are the first in 2017’s super election year in Europe, with far-right parties in many countries campaigning on an anti-immigrant and anti-EU platform. The next test for populism, only a month away, will be in France, where the far-right leader Marine Le Pen seeks to become president. Germany’s Chancellor, Angela Merkel, faces elections in September and could lose to a challenger from the left. The Netherlands is a complex political laboratory in which to put Trump-inspired populism to the test. There are no less than 28 parties on the Dutch ballot; nearly half of them didn’t exist in 2014. It only takes 0.67% of the national vote for a party to get a seat in parliament.

Even in the best-case scenario of his party winning 30-plus seats in parliament (out of 150), Wilders will almost certainly not become prime minister. That would require a coalition with other parties that object to his platform or a deal with the ruling VVD party — Rutte says the chances are “zero.”

But with just days to go until the election, Wilders is claiming victory for his worldview.

“We’ve basically already won the elections before they’ve started because everyone is moving towards us,” he told a Bloomberg reporter last week.

Under Wilders’s gravitational pull, the country is bracing for a chaotic outcome. The famous Dutch tradition of political compromise appears nowhere in sight.

“Act normal or get out!”

Here are five ways that Wilders’s far-right challenge has changed the election:

The prime minister has essentially capitulated in the war of ideas and begun copying Wilders’s rhetoric, seeking political capital in immigrant-bashing. In an open letter, published on January 22 on Twitter, and in full-page ads in Dutch newspapers, he warned that immigrants better integrate or else, citing “a growing unease when people abuse our freedoms to mess things up.”

Although much of Wilders’s campaign platform is unconstitutional, Rutte, meanwhile, is not speaking up for the constitution. Wilders was convicted in December of inciting discrimination at a rally where he called for “fewer Moroccans.” Rather than calling him out over his hate speech, Rutte is aping it.

Thanks to Wilders, LGBT rights are being used as a weapon in the battle over immigration.

Pro-gay Islamophobia is a tactic that Trump adapted to an American audience. Wilders is straight, but part of his message is that he will protect gay people from Muslims (some of whom, of course, are gay), even though crime data does not support the claim that immigrants are a special threat.

Now, Rutte has joined him in weaponizing gay rights. In the same open letter that expresses alarm over “something wrong in our country,” the prime minister targets immigrants who “abuse our freedoms” and “harass gays.” Polls show that the Labour party (PvdA), part of the governing coalition, is disintegrating. Wilders has been hugely successful with less-educated voters, many of them traditional supporters of the left. Wilders promises there will be “less taxes, less crime, and less multiculturalism.”

It’s not just his anti-Islam and immigration positions, but also his opposition to the government’s austerity. He mashes up radical right nationalism with left-wing economics, saying he will reverse recent moves to increase the retirement age and cuts in funds for health care and welfare.

The former head of the Labour party, Wouter Bos, admitted last week that Wilders “understands what makes the Dutch angry much better than the Dutch Left.”

Falling Out of Love with the EU

If Wilders gains power, he says the first thing he will do is hold a Brexit-style referendum. Leaving the European Union, the world’s biggest economic trading bloc, would hardly seem to make sense for the Netherlands, a small country that has grown wealthy off trade.

Still, a new opinion poll confirms that the Dutch are falling out of love with the EU. It shows a slight majority actually favor Nexit if EU membership could be replaced with “bilateral trade relations.”

It should not be forgotten that the Dutch voted down the 2005 EU constitution, which later became the Lisbon Treaty. They also rejected, by a wide margin, an EU treaty with Ukraine in a referendum last spring.

Even as the Dutch media mocks and criticizes Wilders as “unhinged,” it has made him “the most famous bleach blonde since Marilyn Monroe,” according to Radio Netherlands. Like Trump, he can say anything that comes into his head, knowing he will only benefit from controversy.

This happened in 2009, when he stood up in parliament and called for a kopvoddentaks, a “head rag tax.”

Though he rarely gives interviews, the media constantly seeks out Wilders because it increases their readership and ratings. Wilders, who can count on the press for endless free publicity, has skipped all the election television and radio debates so far.

Wilders mostly communicates with Dutch voters by Twitter. He has ten times as many followers as Prime Minister Rutte.

“Some of his supporters take his messages literally, and … they use Facebook to call for acts of violence,” Wilders’s brother, Paul, said in a recent interview with Der Spiegel. “Geert doesn’t want violence, and yet he accepts the potential consequences.

“He is a master of short messages. And in this complex age, that is precisely what many people want.”