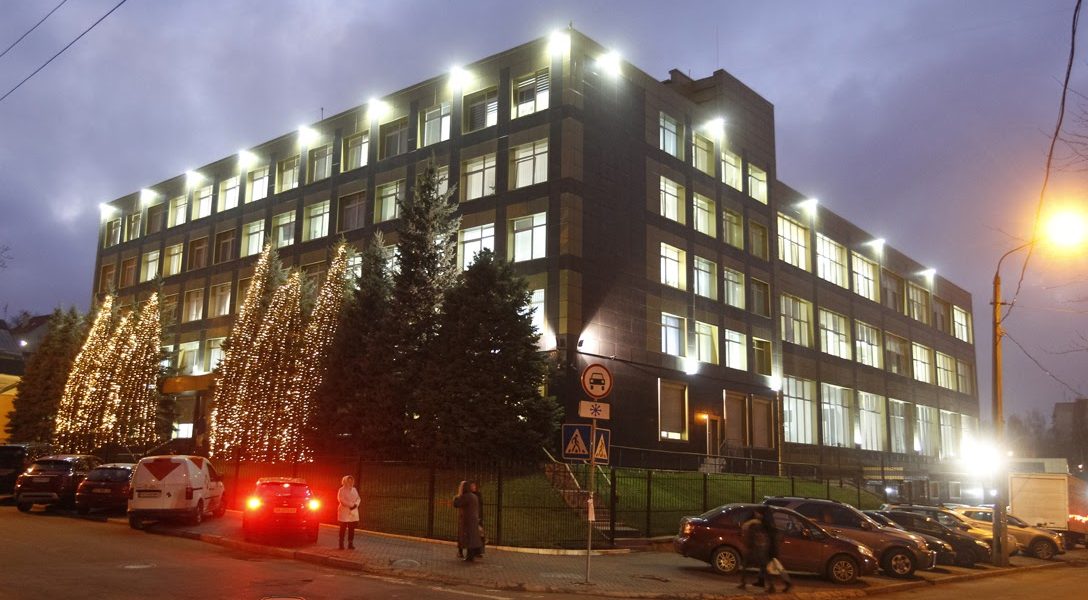 KIEV, Ukraine — There isn’t a single sign indicating what company rents offices in this former factory retrofitted with aluminium siding and plastic windows. Security guards don’t let anyone enter the building without an appointment, and the company’s employees and spokespersons have denied access to reporters for months.

The company’s name is Burisma. Between 2014 and 2019, this natural-gas producer employed Hunter Biden, the son of former Vice President Joe Biden. Though he lacked expertise in gas mining or experience doing business in corruption-addled Ukraine, the younger Biden joined Burisma’s board of directors for a reported salary of $50,000 a month.

The office building in Northern Kiev is surrounded by Soviet-era concrete apartment buildings, gray and faceless, looking especially grim in the middle of Ukrainian winter. Many residents of these buildings don’t know about their proximity to the catalyst of the world’s largest political scandal that got President Donald Trump impeached.

But those who do know are worried — not about what Burisma is or does, but about what misery its best-known ex-employee could bring upon Ukraine. Days after the US Senate acquitted Trump of abusing his office when pressuring Ukraine to investigate the Bidens, some Ukrainians expect his revenge.

“He will step all over us,” Valentyn Kozachenko — a 57-year-old welder who was born in the neighborhood and lives here with his wife, divorced daughter, and grandson — told WhoWhatWhy. “He always liked [Russian President Vladimir] Putin, and now he will find an excuse to help him with the war.”

The war he is talking about is the festering conflict with Kremlin-backed rebels who took up arms against the central government in 2014 in the rust-belt, coal-mining provinces of Donetsk and Luhansk. This region borders Russia and gravitates toward Moscow culturally and politically.

The war has killed more than 13,000, displaced millions, and turned Ukraine into one of Europe’s poorest nations. Kyiv cut off centuries-old economic ties with Russia; Ukraine’s currency, the hryvnia, lost two-thirds of its value; and disillusioned Ukrainians voted out President Petro Poroshenko, a chameleonic oligarch who turned to belligerent nationalism and failed to deliver on his promises to end cancerous corruption. Two Peas in a Pod?

They elected Volodymir Zelensky, an actor who had played an accidental president in a popular television series and became an anti-establishment candidate with zero political experience and a populist agenda.

Comparisons with Trump were unavoidable.

“They have similar backgrounds, they will sort things out,” another Burisma neighbor, Konstantin Lomakin, a 31-year-old electronics salesman, said. “It’s all show business for them.”

Western observers don’t believe he would succumb to the White House’s pressure if Trump renews his request to investigate Hunter Biden. They doubt, no matter what Zelensky does, that Trump will stop using his trademark loose-cannon stratagems in Ukraine.

“Ukraine would be unlikely to follow Trump’s requests for investigations after the entire world discussed them being pressured to do so,”Diyar Autal of Harvard University’s Davis Center for Russian and Eurasian Studies told WhoWhatWhy.

“But it would be a mistake to assume that Trump has learned his lesson and can be expected to play by the rules henceforth.”

Some insiders predict a positive outcome of Trump’s acquittal for Ukraine.

“It opens up some opportunities for Ukraine,” Kostiantyn Yelisieiev, Ukraine’s former ambassador to the European Union and an ex-diplomatic advisor to President Poroshenko, wrote in an op-ed for the LB.ua publication. “A chance is looming to detoxify the ‘Ukrainian dossier’ in US domestic politics.” But other observers ascertain lost opportunities after months of an indecisive silence on the part of Zelensky, his government, and the ruling Servant of the People party, which largely consist of political novices like himself.

“Ukraine could have either imitated a full unavailability of the [Biden] files until the US presidential election, keeping a distant possibility of restoring ties with both Democrats and Republicans, or could have converted its help to Trump into [Washington’s] pressure on Russia,”  Kyiv-based analyst Alexey Kushch told WhoWhatWhy.

“But in reality, there is the least beneficial, push-and-pull strategy, when Ukraine will mete out compromising materials on both sides of the presidential race in the US,” he said.

The most important of all compromising material would, of course, be about whether Joe Biden wanted to stop the Burisma investigation by having Ukraine’s parliament dismiss Prosecutor General Viktor Shokin in April 2016.

“If the prosecutor’s not fired, you’re not getting the money,’” Biden told a meeting of the Foreign Affairs Council  in 2018, recalling his conversation with then-President Poroshenko, in which he threatened to withhold $1 billion in aid to Ukraine’s cash-strapped government.

“Well, son of a bitch, he got fired,” Biden added.

Shokin insisted Biden didn’t want Hunter to be prosecuted, and his team planned to interrogate him.

However, a leading anti-corruption activist claimed that Shokin was fired because of his alleged history of corruption and the fact that he had failed to investigate Burisma. Indeed, European and US officials pressed Ukraine to sack Shokin months before Biden personally intervened to force his removal.

“He was dirty,” Darya Kalenyuk of the Anti-Corruption Action Center, an NGO in Kyiv, said in an  interview last year.

Shokin, who stopped responding to interview requests once the impeachment investigation began, still wants revenge. On Friday, the day after Trump’s acquittal, the Pechersky district court in Kyiv opened an investigation into whether Joe Biden interfered in Shokin’s work as prosecutor general.

On January 31, Trump’s top diplomat, US Secretary of State Mike Pompeo, met with Zelensky in Kyiv and offered a $700 million aid package — topping the $400 million Trump froze while trying to force the investigation into the Bidens.

Pompeo did not, however, invite Zelensky to Washington — or schedule a visit from Trump, which became a focal point of the impeachment inquiry.

“We’ll find the right time for him to come to Washington or the president to come here,” he told ABC News.

This was an apparently humiliating blow to Zelensky, who is rapidly leaking domestic support; in early February, two pollsters reported that his approval ratings fell below 50 percent for the first time since he took the helm in May 2019.

Meanwhile, some of his staunchest opponents who dislike his economic reforms and peace talks with Russia are readying themselves for massive street protests similar to those that toppled governments in 2004 and 2014.

“He’s moving the country in the wrong direction,” Natalia Kuzmichenko, a nurse whose husband, Vitaly, fought the separatists between 2014 and 2016, told WhoWhatWhy. “And we won’t stand for it.”