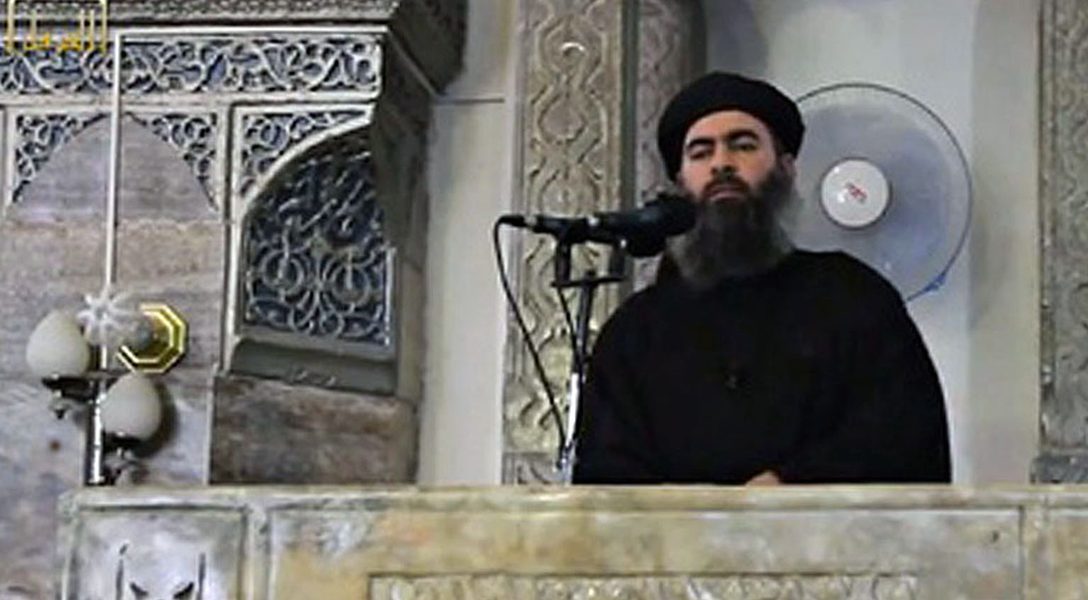 Does Location of ISIS Leader’s Death Hint at Turkish Help?

Abu Bakr Al-Baghdadi, the secretive Islamic State leader, died during a US raid in northeastern Syria last night, President Donald Trump announced on Sunday morning. Baghdadi, who proclaimed himself leader of the Muslim world (Caliph) in 2014, reportedly blew himself up with a suicide vest when cornered by US forces.

“Last night, we brought the world’s number one terrorist leader to justice, Trump said, adding: “He died like a dog, like a coward.” US special forces had conducted a “daring raid,” Trump said, which lasted around two hours, during which a large number of al Baghdadi’s companions were also killed or captured.

The operation came after Trump executed a series of spectacular flip-flops on Syria, first pulling US forces out and abandoning local Kurdish allies in the face of a Turkish invasion, then sending troops back in order to secure the oil in Kurdish-held areas. Analysts say the latter maneuver probably runs afoul of international law.

Kurdish forces in Syria were quick to claim cooperation with the US while, according to a Newsweek report, NATO ally Turkey was not even notified (though Trump later appeared to contradict this).

“Successful & historical operation due to a joint intelligence work with the United States of America,” tweeted General Mazloum Abdi, the top Kurdish commander in Syria.

Experts say that Idlib, an area of Syria controlled by Turkish-backed rebels, was “an unlikely” place for Baghdadi to hide, and suspicions of Turkish cooperation with ISIS are likely to deepen if the hit is confirmed.

“It makes sense for Baghdadi to choose an unlikely place like Idlib, but I’m frankly surprised he wasn’t in Iraq,” tweeted Hassan Hassan, a prominent Syria expert at the Center for Global Policy, a Washington, DC-based think tank. “Syria was never going to be a good hiding place. Very likely he was moving around & most likely Turkey was involved.”

Turkey, home to NATO’s second-largest army, has long been accused of collusion with ISIS and al Qaeda in Syria. In recent days, these suspicions have deepened as Turkish-backed forces allegedly freed ISIS prisoners in areas they captured from the Kurds.