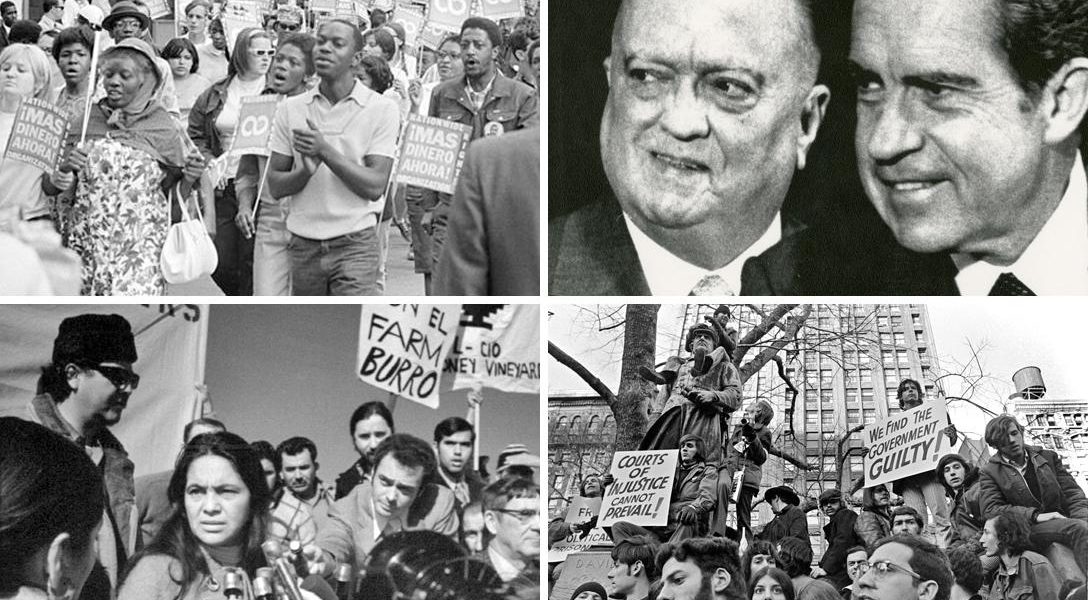 The use of marijuana has been glorified in pop culture and, thanks in part to legalization efforts in many states, is now widely accepted. However, federal prisons are still packed with non-violent marijuana offenders.

While inmates are serving years in prison, celebrities and other high-society individuals openly flaunt their substance use at music festivals like Coachella in California. April 20th (aka 4/20, which is colloquial for cannabis) has evolved into a holiday for this counterculture in the US. Many celebrate the day by gathering in a public space to consume the substance together and sharing posts on social media.

This juxtaposition is nothing new in US culture. In fact, to fully understand the dynamics one has to look back at history and ask: Why are certain drugs vilified while others are not? The answer often hinges on the race (and social class) the drug in question is associated with.

In the case of marijuana in the US, the negative connotations took hold right from the start. This led to laws that criminalized the use and distribution of the plant almost everywhere in the Land of the Free.

The racial and classist aspects cannot be ignored when observing the inconsistency of legal policy and enforcement.

The term marijuana was unknown to most Americans throughout the first half of our nation’s history. Still, cannabis family products have a long history here.

In the 17th century, hemp cultivation was actively encouraged and the plant was used to make rope and fabric. Throughout the 19th century, cannabis was a popular ingredient in medicine.

The Western world also began using a cannabis family drug recreationally. Hashish became a fad among middle- and upper-class society. It had the same properties as marijuana in a higher concentration, and smoking it was considered “exotic” or a “fashionable narcotic.” There were hundreds of “Oriental” style hashish parlors in New York City alone, along with the popular opium dens.

Most Americans did not learn of marijuana until the early 1900s, when there was a big wave of immigration from Mexico.

This first generation of immigrants brought their culture and customs with them. This included the recreational smoking of the marijuana leaf. Thus, marijuana — or marihuana, as it was often misspelled by English speakers — became associated with Mexican immigrants. Resentment towards the Mexican population was widespread after the Spanish-American War of 1898. Anti-drug campaigners soon realized they could use this sentiment to their advantage. The resentment towards Mexican immigrants hit a breaking point during Great Depression of the 1930s, a period marked by rampant unemployment. The fear of immigrants stealing jobs and committing terrible crimes, which continues today, was exploited by anti-drug propagandists.

Federal Bureau of Narcotics commissioner Harry J. Anslinger launched a campaign against the substance. This marihuana, they claimed, made the Mexican population extra dangerous. Pseudoscientific research was used to back up these claims, connecting marijuana use among non-white and lower-class communities to violence, crime, and other antisocial behaviors.

This denigration appeared to be very effective in swaying public opinion and putting pressure on government to address this perceived menace to society.

In 1930, the Federal Bureau of Narcotics was created. By 1931, pot was illegal in 29 states. The 1936 propaganda film Reefer Madness caused even more panic. The Marihuana Tax Act of 1937 soon followed, which officially criminalized unauthorized possession.

Around the same time, the US tobacco industry was booming.

Ever since the 1900s, the laws regarding marijuana have been all over the place. Federal legislation passed during the 1950s created mandatory sentencing for drug-related crimes. Many of these laws were repealed in 1970 after they proved to be useless in cutting down on drug use. Coincidentally, marijuana use had become a popular staple of counterculture during the 1960s, including among the white liberals, many of whom were college educated. Enter President Richard Nixon and his so-called “War on Drugs.” Former Nixon domestic policy chief John Ehrlichman later admitted the initiative was nothing but a tool Nixon used to go after his enemies.

“We knew we couldn’t make it illegal to be either against the war or black, but by getting the public to associate the hippies with marijuana, and blacks with heroin, and then criminalizing both heavily, we could disrupt those communities,” Ehrlichman told Harper’s Magazine. “We could arrest their leaders, raid their homes, break up their meetings, and vilify them night after night on the evening news.”

Conservative parents and interest groups rallied, organized, and expanded on the “War on Drugs” in the the 1980s. This time, the angle was that the substance threatened traditional family values, a hot-button issue during the decade’s conservative revival under President Ronald Reagan.

The racialization was not as obvious this time around, but it lurked under the surface. Marijuana supposedly threatened “traditional” family values because it was used by “deviants.”

Reagan’s Anti-Drug Abuse Act reinstated mandatory sentences for drug-related crimes and added on much harsher ones. Possession of 100 marijuana plants received the same penalty as possession of 100 grams of heroin. Life sentences were required for repeat offenders, and the death penalty became an option for kingpins. The hysteria and fear apparently overpowered the fact that the government had agreed on the ineffectiveness of mandatory sentences.

Where are we now?

The present-day attitude towards marijuana has an odd duality. It can be easy to forget that pot, so ingrained in media and pop culture,  is still illegal on the federal level.

President Donald Trump’s comments during his campaign about Mexican immigrants are reminiscent of the Marihuana Menace propaganda. “When Mexico sends its people, they’re not sending their best,” Trump said at the start of his campaign. “They’re bringing drugs. They’re bringing crime.” Statistics from the Federal Bureau of Prisons show that nearly half of inmates are there for drug-related crimes. Between October 2012 and September 2013, the majority of the prisoners convicted for drug crimes (27.6 percent) were incarcerated due to marijuana sale, cultivation, distribution, or possession.

Of course there are many other factors at play in the battle to legalize marijuana — the interests of the pharmaceutical industry, lobbyists, and for-profit prisons, just to name a few. Nevertheless, the racial and classist aspects cannot be ignored when observing the inconsistency of legal policy and enforcement.

Powerful conservative groups in the US are, once again, expressing hostility towards immigrants and perceiving certain demographics as the source of economic and social problems. Instead, they should be addressing the factors driving drug use, such as poverty and corruption within the healthcare and pharmaceutical industries.