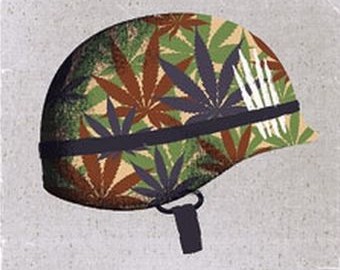 Congressman’s Prescription for Vets: A Joint a Day to Keep the PTSD Away Getting medical marijuana for veterans wasn’t a burning issue in the last session of the House of Representatives, so Congressman Earl Blumenauer is puttinga bill to legalize itback on the agenda.

The Oregon Democrat, one ofCongress’ more weed-friendly legislators, wants to remove a U.S. Department of Veterans Affairs restriction that keeps soldiers from being given medical marijuana, even in states where it’s legal.

He’s reintroducing a bill, called the Veterans Equal Access Act, which didn’t pass last year. It’s part of a body of marijuana legislative reform the bow-tie clad Congressman has been pushing forth. In this case, the proposed law has been passed around and gotten bi-partisan sponsorship again.

His argument is that more than a fifth of the 2.8 million veteranswho served in Iraq and Afghanistan suffer from Post-Traumatic Stress Disorder and depression. But because federal laws and regulations about marijuanaare from theReefer Madnessera, they can’t get access to something that may help them heal.

The VA’s rules prohibit doctors from prescribing it, and it can withhold medication from veterans who test positive for the presence of marijuana in their bodies. That forces veterans “into the black market to self-medicate…And it pushes both doctors and their patients toward drugs that are potentially more harmful and more addictive. It’s insane and it has to stop,” Blumenauer said.

That’s in spite of a growing body of research that showsmarijuana can help with PTSD. A study published last year found thatup to 75 percent of PTSD suffererswho smoked weed saw a reduction in their symptoms.

Indeed, theVA’s chosen method of treating PTSD and depression seems to be little more than overloading patients with antidepressants and opiates that run the risk of becoming addiction. Between 2001 and 2013, veterans’ prescriptions for hydrocodone, oxycodone, methadone, and morphine almost tripled, according toa reportby the Center for Investigative Reporting.

Even more troubling: the report found thatveterans died nearly twice as often from opiate overdoses than the rest of the population.So doctors ought to have the right to prescribe medical marijuana, Blumenauer said.The congressman is on record as to just how many overdoses have been caused by marijuana: “Spoiler alert–it’s zero.”

Of course, one way to prevent PTSD in troops would be to not start wars in the first place. But since that’s not happening, Blumenauer’s prescription may be one solution for this generation of veterans.